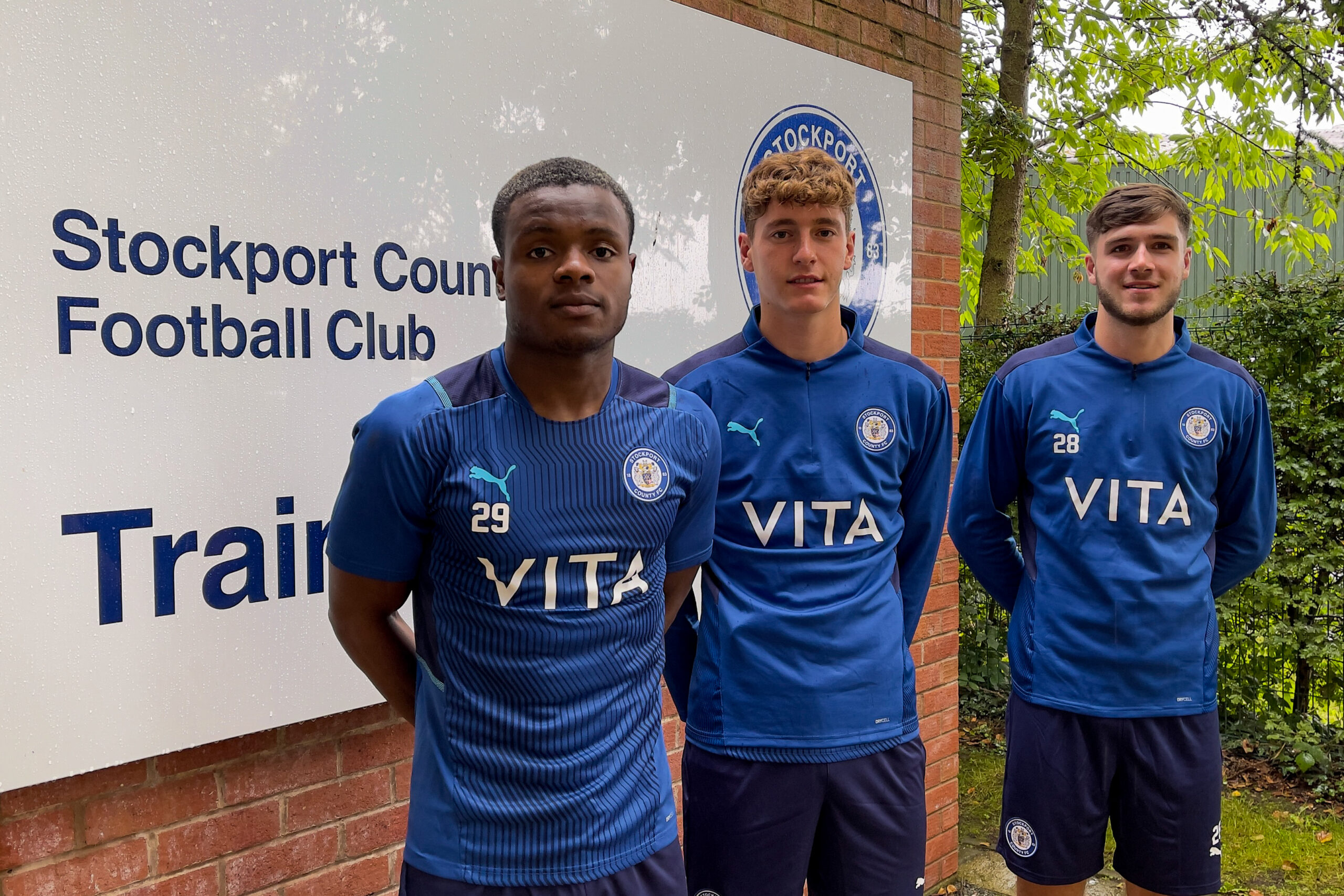 We are pleased to announce that three young players; Lewis Earl, Ethan Pye and Millenic Alli, have all agreed contracts with the Club.

19-year-old Lewis, brother of Preston North End defender Josh, is a classy right sided player capable of playing at centre-back and defensive midfield, and has signed a one-year deal at Edgeley Park.

Like his brother, he too came through the academy at Championship side Preston North End before leaving in the Summer of 2020. Lewis will spend the first half of the 2021/22 season at AFC Telford, after joining the National League North side on a six-month loan deal.

Talented Irish forward Millenic, 21, who came through the ranks at Bury FC, has signed a one-year-contract with the Club after leaving Ashton United in the Summer. He has previously also spent time at South Shields and Workington Town.

Lewis and Millenic were part of our Emerging Talents programme, which used the suspension of non-elite leagues last season as an opportunity to scout local talent. Players identified by the scouting team were invited to join bespoke training led by Damian Allen and his Academy coaches. The best performing players from this group joined in with 1st team squad and fringe players to form a ‘B’ team, which trained together and played friendly fixtures against clubs such as Huddersfield, Bradford, Oldham, Salford and Accrington.

18-year-old Ethan, also a defender, has agreed a two-year-deal with the Club after leaving Rochdale AFC, where he was part of their development squad that won the Youth Alliance League Cup last season, with Ethan scoring in the final. Ethan was tracked by the scouting team prior to and following the County Academy’s loss to Hyde United in the FA Youth Cup, a game which Ethan played in. The club has beaten off competition from several Category 1 and 2 U23 sides to sign Ethan on a permanent transfer.

“All clubs have a duty to develop their own, and in addition to Jack Hinchy with these signings we feel we have four young players that have considerable potential for the future. Our model here is to integrate our young professionals as part of our first team training squad, while looking to get them as much playing time at the highest level possible, be it on loan or with our first team.

“With the infrastructure, people and opportunity here, the staff and I are looking forward to getting to work see how far these talented boys can get.”