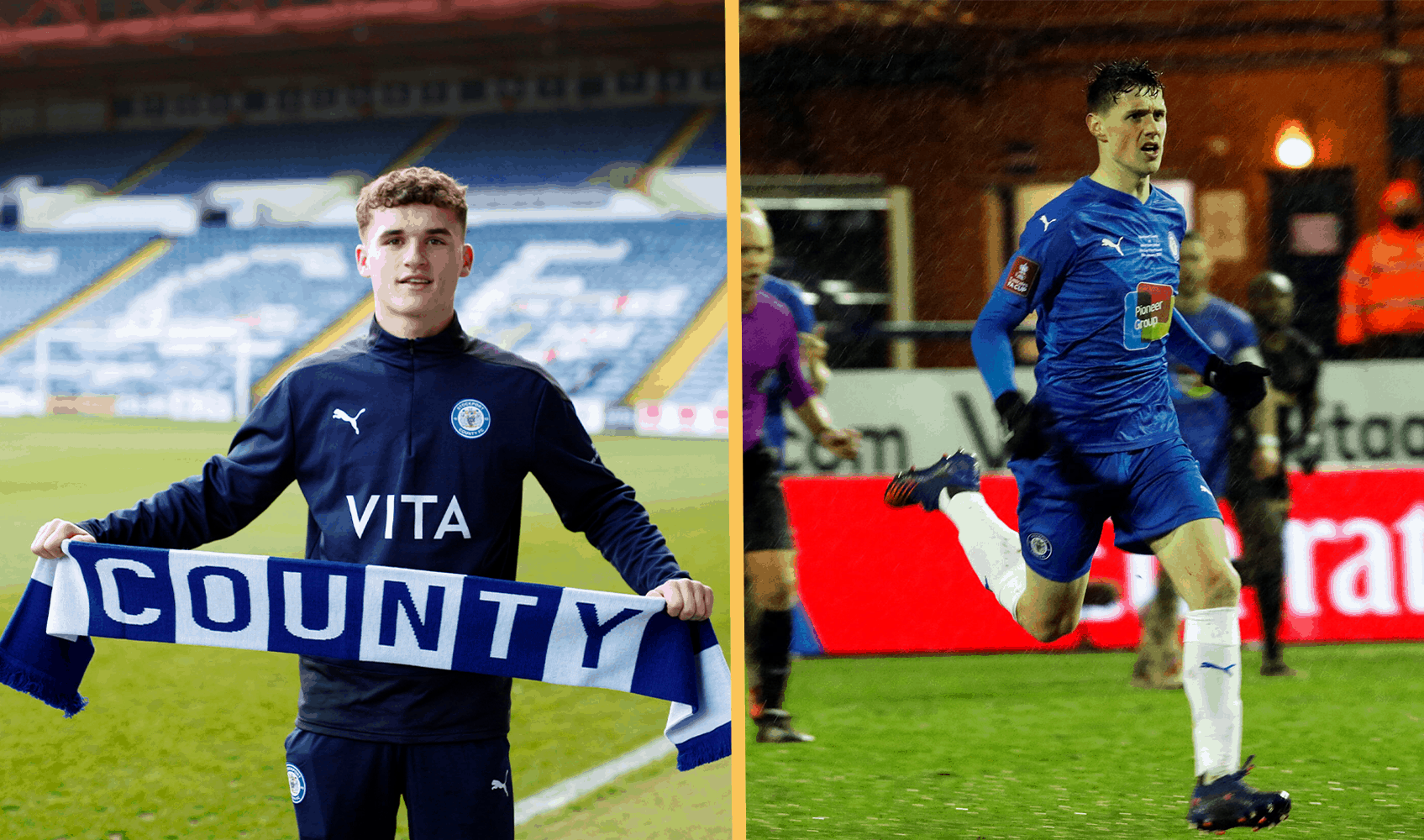 The Club is pleased to announce that academy graduates Adam Owen and Jack Hinchy have both signed full-time professional contracts at Stockport County.

Defender Adam, 18, had his first taste of first-team action in pre-season after coming on as a substitute against Fleetwood, and has signed a deal until the end of the season.

Midfielder Jack, also 18, memorably made his County debut as a substitue against Premier League West Ham in the FA Cup, and has signed an 18-month contract with the Club, keeping him at Edgeley Park until the end of the 2021/22 season.

They become the fifth and sixth Academy graduates this season to sign professional deals with the Club.

“Congratulations to Jack and Adam, who from the first day coming into the first team group have impressed all the staff and senior players with their talent and application.

“These deals give both players an opportunity to build on their progress to date and continue their development. I’m looking forward to working with them in this next phase and helping them kick on.

“It’s also a great opportunity to recognise the Academy and the role it has played to get the players their first job in football, and a big thanks to Alan, Damien and all at the Academy who have played their part.”