Saturday October 12, 2002, will go down as one of the great nights in Stockport County’s history. A glittering array of former players gathered in a packed hospitality suite at Edgeley Park to celebrate the 100th anniversary of our first ever League victory at the famous old ground. A century ago, to the very weekend, the Hatters defeated Manchester United 2-1 in the old Second Division.

Tthe stars, together with hundreds of County supporters, made sure that the historic occasion was commemorated properly

The evening started with the individual introduction of each player; the noise that greeted each one made the hair stand on the back of your neck

Amazingly, the unannounced arrival of Andy Preece coincided with a clip of his never-to-be-forgotten goal against Queens Park Rangers 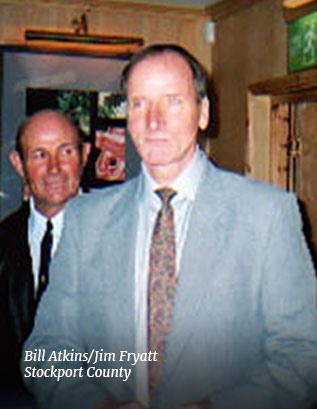 It wasn’t the only embrace that caught the eye, though. The sight of legendary strikers Bill Atkins and Jim Fryatt, who had not seen each other for more than 30 years, with arms round each other literally brought tears to the eyes of the older County fans in the room

The highlight of the evening, though, was the formation of the Stockport County Hall of Fame

Jon Keighren, who did a fantastic job comparing the event – ably assisted by County fanatic Marcus Heap – made presentations to a number of very special people who have made significant contributions to Stockport County’s history

Unfortunately the likes of Joe Butler, Jack Connor, Billy Bocking and Jimmy Stevenson are no longer with us but it was wonderful to see their respective families represented 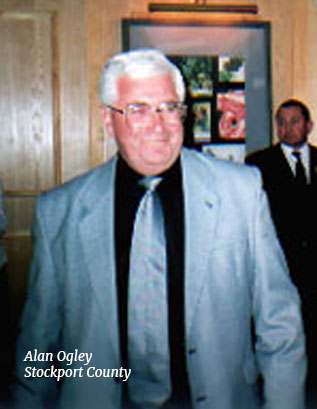 Leah Phamton and Annie Percival – both in their 80s – set the ball rolling when they proudly stepped forward to accept their father’s nomination. Joe Butler was the first Hatters’ player to reach 100 appearances for the club; he was also our goalkeeper in the historic victory over Manchester United a century ago.

James and Joseph Connor cut short a family holiday in Ireland to collect the award made to their father, the greatest goalscorer that Stockport County is likely to ever see

And, when Ina Bocking, daughter of the inimitable Billy, made her way to the stage the applause was deafening 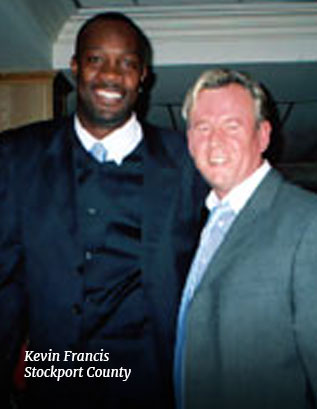 Then, when the noise subsided, there was still time for Director Mark Maguire to make one more, and very special presentation

And it was a clearly, very emotional chairman, who made his way forward to accept his place in the Stockport County Hall of Fame 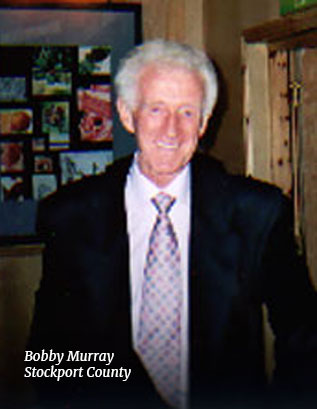 In May 2004 three more legends were entered into the Stockport County Hall of Fame – Johnny Price, Danny Bergara and Harry Hardy

In May 2006 four more legends were entered into the Stockport County Hall of Fame – Rodger Wylde, Lee Todd, Len White and Eric Webster