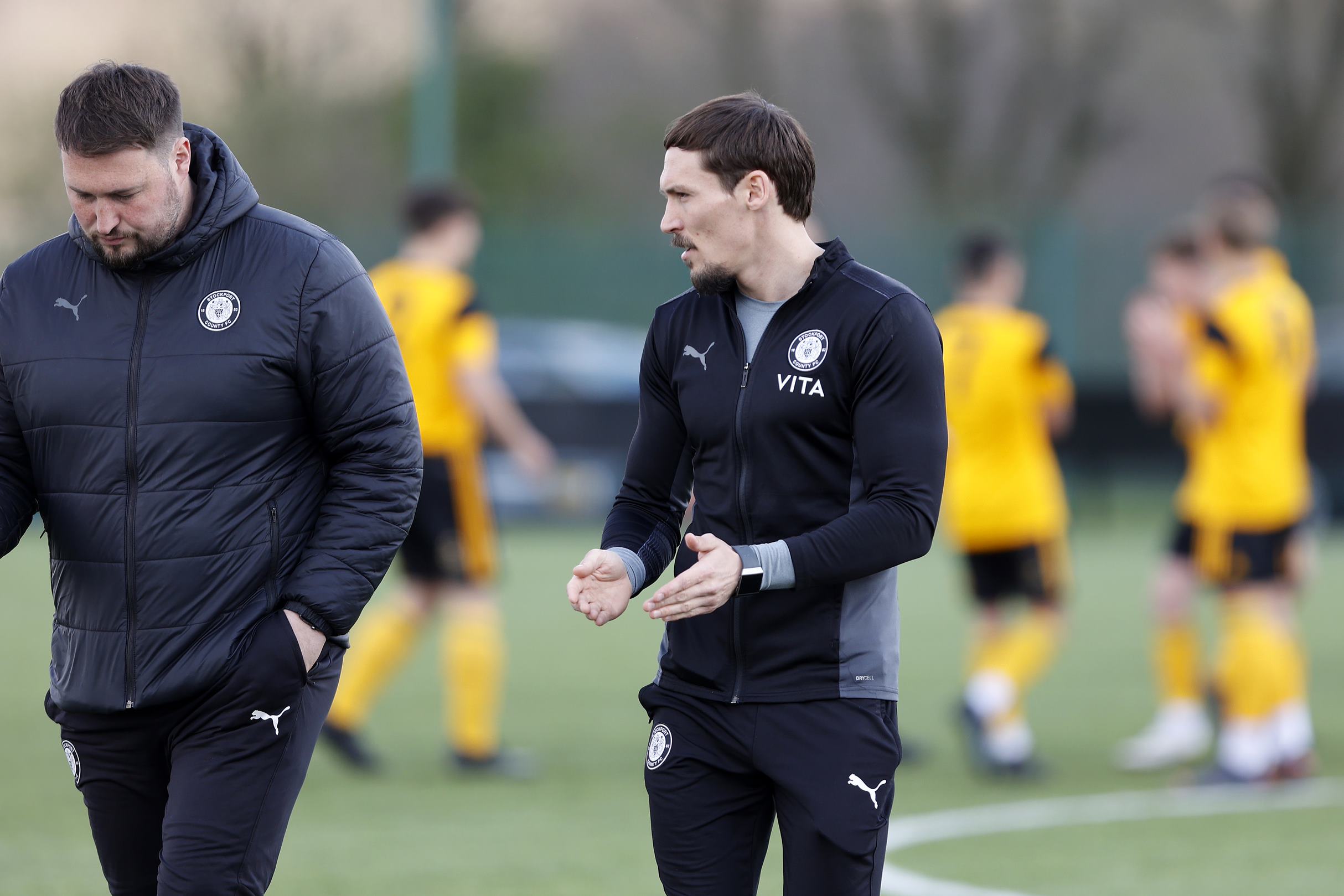 Having claimed a first win of the season against Salford City last time out, County built on that by becoming just the second side this season to take points off the home side, claiming a first clean sheet of the season in the process.

On another day County could even have been celebrating all three points, having had the better of the chances over the 90 minutes. The game was just five minutes old when a slick move down the right-hand side saw Fabio Kibonda release Luke Partington down the channel. Partington looked up and slid it through to Jack Atkinson, who checked inside and saw an effort bounce back off the post.

Just a few minutes later and Harry Rogers had a sight of goal down the left-hand side, but saw his shot deflect up and over the Fleetwood crossbar.

The home side grew into the game as the half wore on, County ‘keeper Billy Blake called into action for the first time as a cross from the right was swept towards the bottom corner – Blake getting across superbly to tip around the post.

Another dangerous cross flashed in from the right-hand side then forced Ben Darby to clear over his own crossbar – from the resulting corner, a looping header beat the ‘keeper but the impressive Rogers was in the right place at the right time to clear off the line.

The best chance of the half fell to County just before the break, Ashton Mee getting on the end of Keane Barugh’s cross from the right but seeing his shot saved from point-blank range by the Fleetwood ‘keeper.

County thought they had the breakthrough early in the second-half, Rogers again involved as he crossed in for Kibonda to superbly head home at the back post, but any celebrations were soon cut short by the sight of the offside flag.

The Hatters’ high press was creating issues for the home side, substitute Kingston Fligg winning the ball back and sliding it through for fellow sub Nathan McFarlane, who poked just wide under pressure from the goalkeeper.

It was all County at this stage and the breakthrough almost came via an unlikely source, defender Ben Darby picking the ball up on the edge of his own penalty area and powering forward, advancing deep into the Fleetwood half before slipping it through to Kibonda, who beat his man but fired into the side netting.

There was to be one last chance for Jamie Crowther’s side to take all three points, Cody Johnson pressing high up the pitch and winning possession on the edge of the area, feeding McFarlane who was just crowded out before he could get a shot away.

Billy Blake was called into action one last time in the final few minutes, comfortably saving a downward header from close range to keep his clean sheet intact, and earn County a deserved point on the road – leaving us with five from our opening five games.