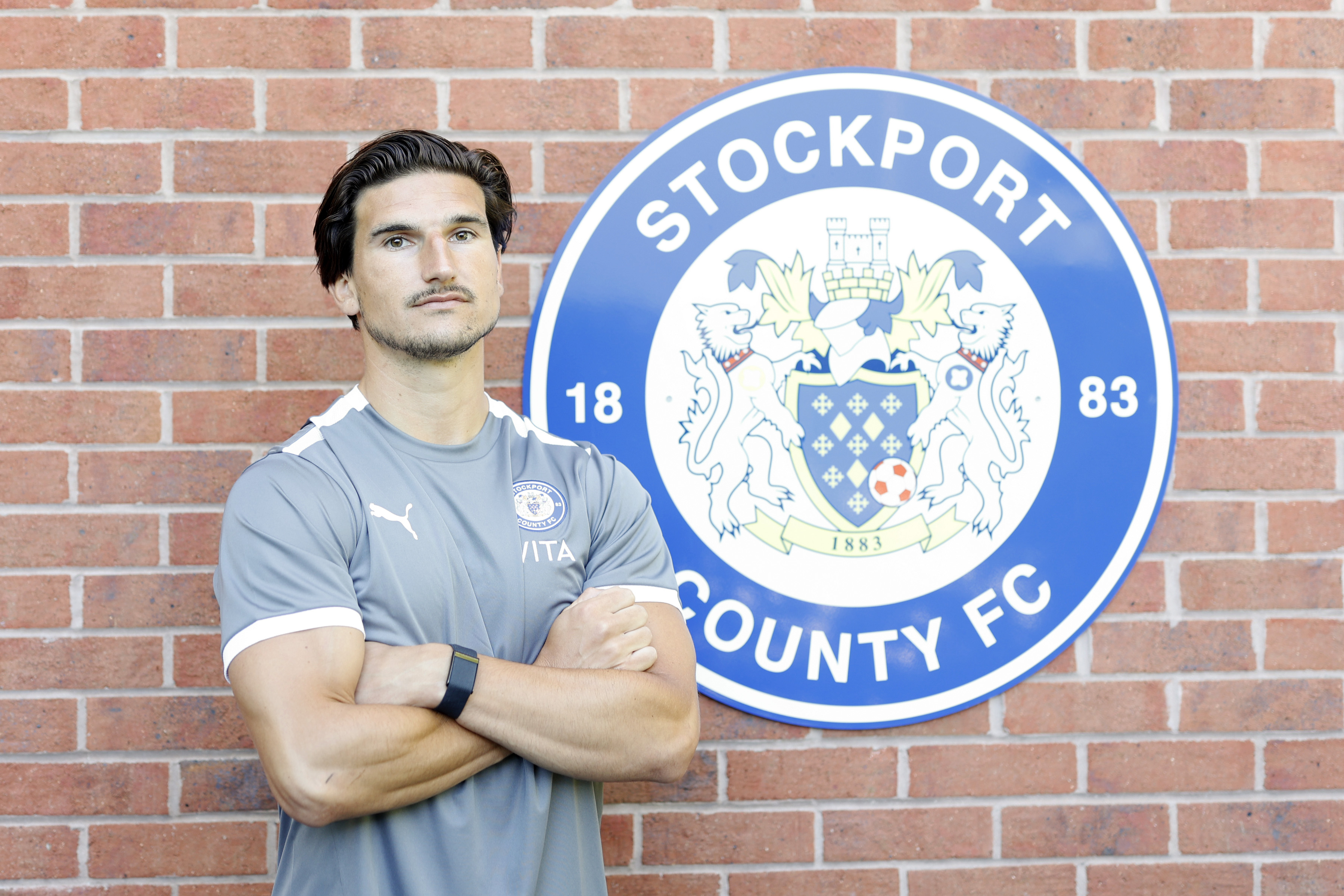 We’re delighted to announce that defender Ash Palmer has agreed a new one-year deal with the Club, taking him into his fifth season as a Stockport County player.

The 29-year-old, already a County legend after winning his second league title with the club last season, first joined the Club from Guiseley in 2018, when the Club were still a part-time National League North side.

He has since played a starring role in the Club’s rapid rise back to the Football League, making 179 appearances at the back over the last four years and chipping in with 22 goals. He is one of four players to have been a part of both of our promotions in non-league, alongside Ben Hinchliffe, Sam Minihan and Jordan Keane, all of whom are now contracted for our first season back in the EFL.

A dominant presence in the air, Ash was a key part of Dave Challinor’s title winning side last season, making another 46 appearances in all competitions and popping up with five crucial goals. His equaliser against Bolton Wanderers in our 5-3 FA Cup win against the League One side will go down in history as one of the most iconic Edgeley Park goals of all time.

After spending a decade in non-league football, Ash will now have the opportunity to stake his claim in the Football League for the first time since leaving Scunthorpe in 2012, as his legacy at Stockport County rolls on for another year.

“We are delighted to retain Ash for his fifth season at the club. He is another that has grabbed his opportunity with both hands since coming into a full-time environment, and does everything off the pitch to give himself the best chance on it.

“As we know he is a commanding aerial presence but in addition his on ball performance has improved, as he has been given responsibility to help the team retain and build attacks. I’m sure he will be ready and prepared for the next challenge, as we go into EFL with high expectations.”