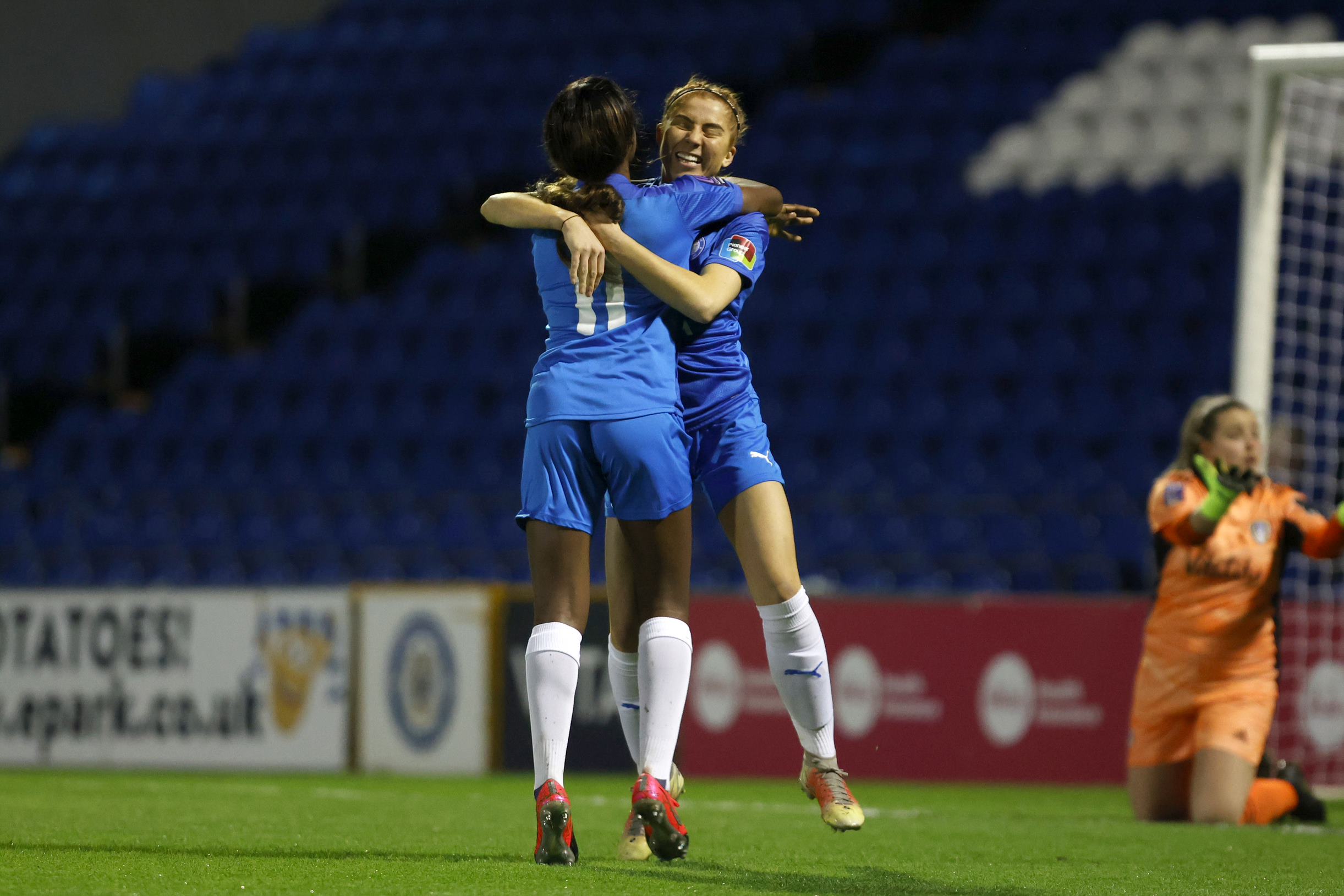 The 2021/22 season is coming to a close for our Stockport County Ladies team, as Steve O’Hara’s looks to finish his first season in charge with a trophy this Sunday.

Find out more about that, and everything else happening over at Stockport Sports Village in our latest weekly update.

Rosie Emerson’s reserve side wrapped up their FAWNL Reserve League North league campaign with a narrow 2-1 loss to unbeaten league leaders Huddersfield. Despite going 2-0 down in the first-half, County pulled one back after the break through a well worked goal finished by Georgia Johnson, but unfortunately couldn’t find an equaliser against the best side in the division.

It’s been a landmark season for Rosie Emerson’s reserve team, culminating in winning the FAWNL Reserve Plate, the Club’s first national trophy. Reserves striker Megan Bradley finished top of the League’s Golden Boot table too, a fitting tribute before she leaves to continue her football career in America.

Our Under 12s side won their Cup Final in the Cheshire Girl’s Football League, Stockport Division, on Saturday, beating a good Inter Cheadle JFC team 3-1. Congratulations to Manager Maia Lewis, Coaches Kevin Larkin and David Smolinski, and the rest of the team on their success!

Without a game at the weekend, the first-team instead spent time preparing for our final game of the 2021/22 season on Sunday. Steve O’Hara’s side travel to the Wirral that day, to take on Tranmere Rovers FC Women in the Cheshire FA Women’s County Cup Final, looking to end the season on a high and provide a platform to build on going into next season.

We’d like to wish good luck to Steve and the team ahead of the game, and wish them the best of luck in bringing another trophy back to Edgeley Park.