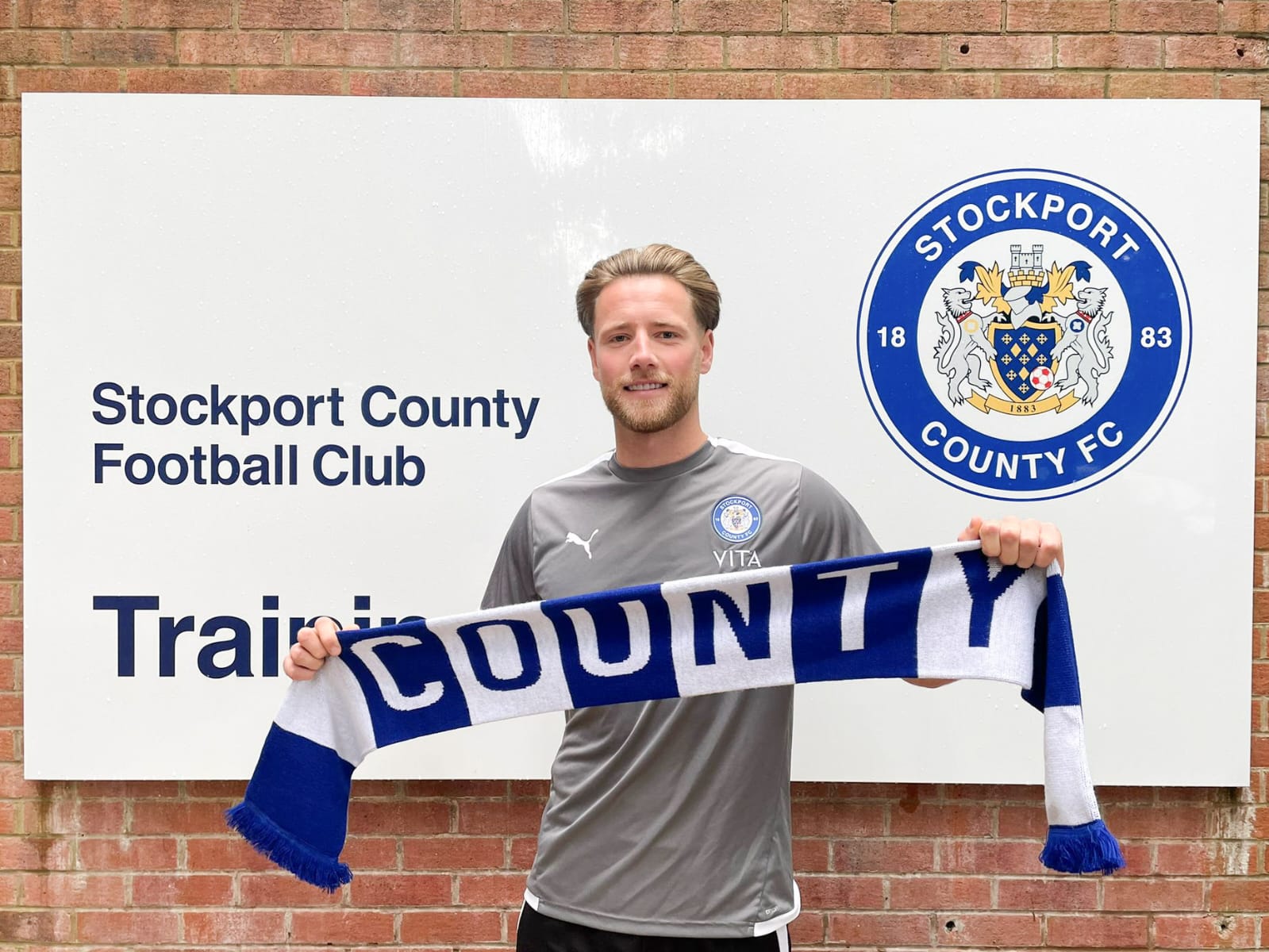 We are delighted to announce the signing of highly coveted defender Fraser Horsfall on a free transfer from Northampton Town.

County have seen off competition from several Clubs further up the league pyramid to sign the highly rated centre-back, who has signed a three-year deal at Edgeley Park.

The 25-year-old joins after an exceptional season in League 2 for The Cobblers in which he made 45 league appearances for the team with the best defensive record in the division, as well as chipping in with an eye-catching nine goals from the back.

His commanding performances at the back helped Northampton to a 4th place finish, but they missed out on automatic promotion in heart-breaking fashion on the final day, on goals scored, before losing to Mansfield in the play-off semi-final. Despite that near miss, Fraser was acknowledged for his outstanding season by being named in the PFA League Two Team of the Year.

No player in League Two won more than his 781 challenges last season, whilst he also won more aerial duels than any other player in the division (571) as he formed part of a miserly back line that conceded just 38 goals in their 46 league games.

The former England C international began his senior career at Huddersfield Town, before gaining first-team experience in non-league during spells with Stalybridge, Salford City and Gateshead before making a loan spell at Kidderminster Harriers permanent in 2017.

After two seasons at Aggobrough Fraser got his opportunity in the Football League with Macclesfield, spending a season there before joining Northampton in the Summer of 2020.

He leaves Sixfields after two seasons at the Club, making exactly 100 appearances in all competitions and captaining the team for the majority of the 2021/22 campaign.

“Fraser was a top target for the club this summer and many people have worked hard to make this deal happen. We believe he brings a number of qualities to our group that we think will help us as we compete at new levels. Our references suggest he is another hard working and grounded person, who will fit in well with the values of our squad and I wish him all the very best during his time with us.“

“Fraser is a player I’ve tracked for a long time, since his time at Huddersfield, through loan and permanent moves to Kidderminster and Macclesfield and onto Northampton, but to get him now after the season he has just had and the options he had to weigh up is a huge coup for us.

“Over the past couple of seasons he’s established himself as statistically the most dominant defender in League 2, has excellent leadership qualities and is a threat in both boxes with nine goals himself last season.

“I believe we can give him the platform to show the side of his game that I first noticed when he came onto the scene, something that he’s maybe not been required to show over the last few years. Not only is he undoubtedly a fantastic defender, but he is very comfortable in possession of the football and we believe that he can develop into a Championship defender as a minimum with his drive and determination, and the help and advice we can give him. I’m sure he’ll be a big player for us and will give us know how of the league and what’s required to be successful in it.”