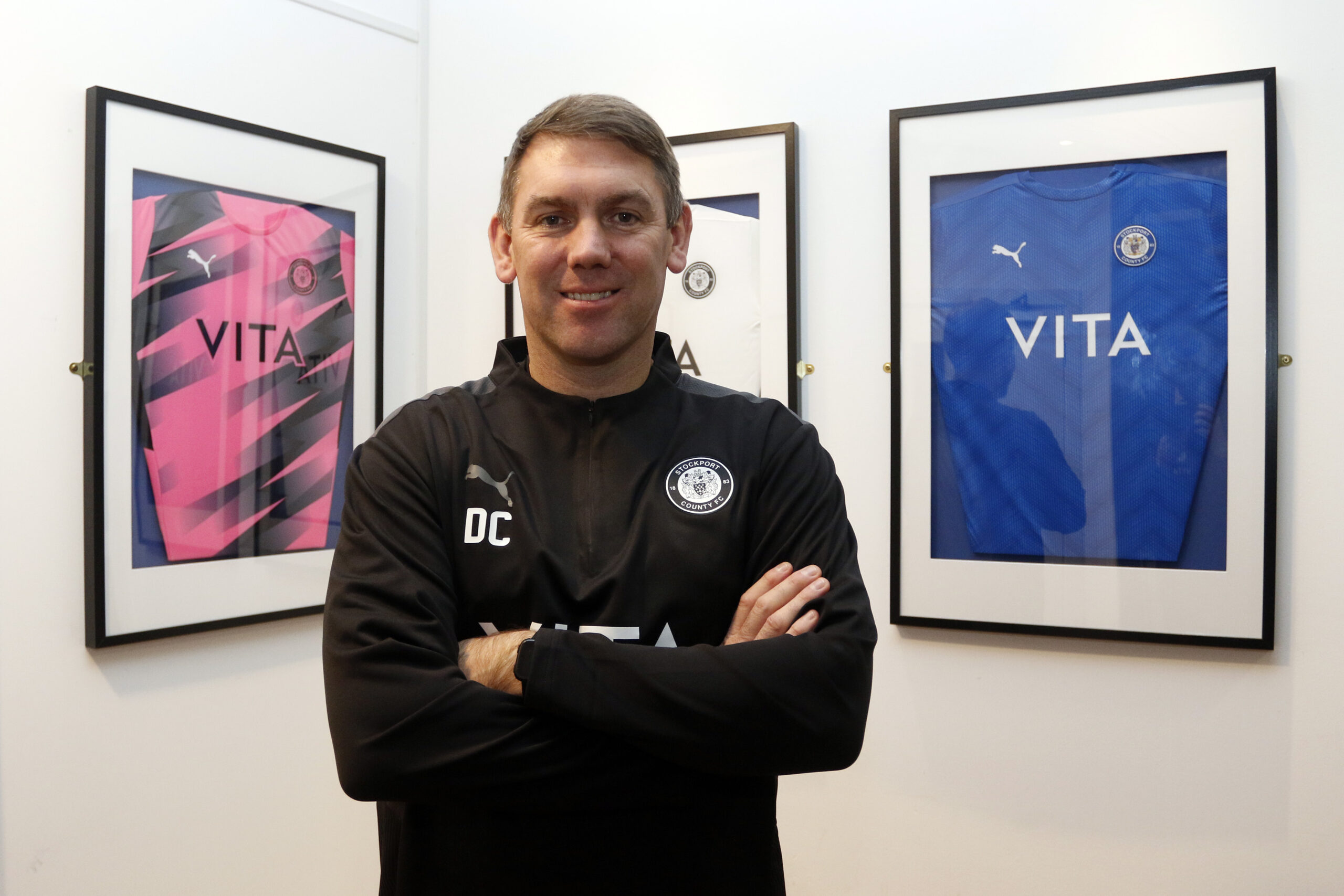 Stockport County Football Club is delighted to confirm the appointment of former Hartlepool United Manager Dave Challinor to lead the Club, on a two-and-a-half-year deal.

A former County captain, Challinor played for the Club between 2002-2004 as a centre-half, and had successful spells at Tranmere and Bury as a player. Since stepping into management, Challinor has forged a successful career throughout the lower divisions, with five previous promotions to his name.

Most recently, he led Hartlepool back to the English Football League in his first full season at Victoria Park, adding to promotions with Colwyn Bay and AFC Fylde, as well as an FA Trophy win with the Coasters in 2019.

Challinor joins the Club in time for Sunday’s big first round Emirates FA Cup tie against Bolton Wanderers, with 5,000 County fans travelling to the University of Bolton stadium.

The Club thanks Dave Conlon and the rest of the team for their support in the interim and they will now resume normal duties.

“A friend of the Club, Dave brings a wealth of knowledge, experience and determination. With a proven track record for achieving promotion, Dave was a firm favourite for the job, and we’re delighted to welcome him back to Edgeley Park.”

“The chance to return to County and help make Club history was too good an opportunity to miss.

“The excitement surrounding the Club and the investment that has been put into it, on and off the pitch, makes County an incredibly attractive proposition for any manager. This can be seen by the influx of new talent the Club has recruited over the last month, with the likes of Robert Elstone and Bolton Wanderer’s Antoni Sarcevic joining.

“Now is the time to capitalise on this and take the fans on the journey they deserve, making Stockport County a force to be reckoned with and getting back to the Football League. I look forward to being re-united with County fans on Sunday.”