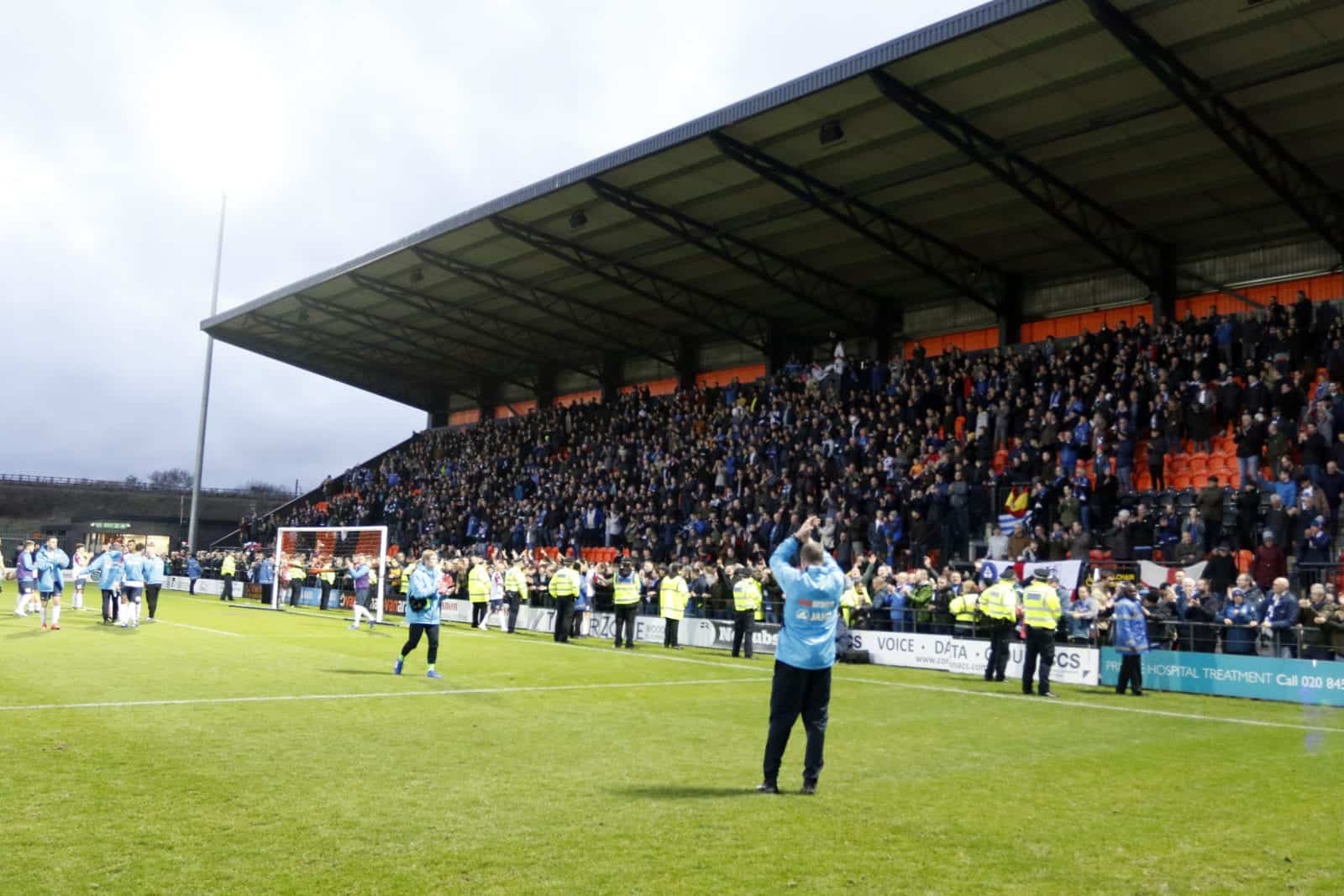 Cup Buzz Ends, As County Get Stung Early By Bees At The Hive

The Hatters saw their FA Cup adventure for 2018/19 brought to a conclusion in North London, after National League hosts Barnet scored the only goal of a tight contest after just seven minutes to book their place in the Third Round.

But County could take pride in a performance that more than matched the ‘Bees’ in terms of possession – and in a vocal travelling support that made up well over half of what was a record attendance for a Cup-tie at The Hive, Barnet’s state-of-the-art Canons Park home since 2013.

Taking to the field on a Sunday for the first time since their Football League days, the Hatters featured three changes from the side that had started at Edgeley Park in the FA Trophy against Chorley eight days earlier. Sam Minihan replaced the suspended Scott Duxbury in the left-back berth, while Sam Walker and Darren Stephenson were also recalled as part of a 4-2-3-1 formation – with both Paul Turnbull and Matty Warburton named among the seven substitutes.

Ash Palmer took the captain’s armband in Turnbull’s omission from the starting line-up – but, within minutes of kick-off, was in need of treatment on the sidelines for a head injury. Home striker Byron Harrison was also temporarily, and simultaneously, indisposed, as the two teams each went about their business a man short. And both players were still off the pitch when Barnet scored.

Palmer’s absence was arguably the more crucial, too, as Cheye Alexander’s cross from the right  found Dan Sparkes, unmarked, near the far post. And Sparkes, who, a few minutes earlier, had curled a free-kick narrowly wide of the opposite upright, made no mistake in heading home. 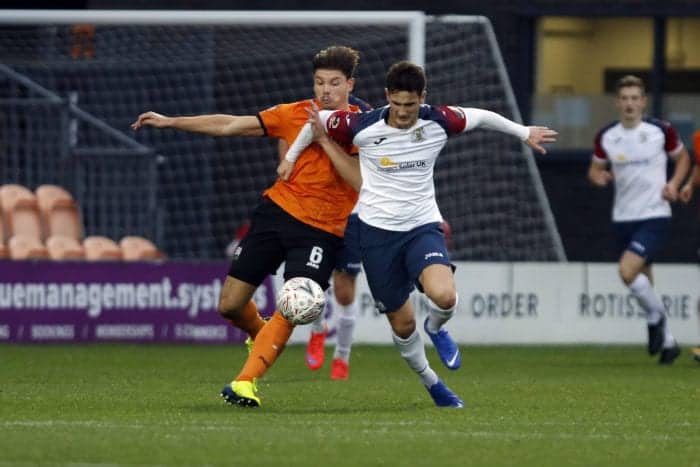 County had, of course, faced before the scenario of conceding a headed goal early on against higher-ranked, southern Cup hosts – and as recently as three weekends earlier, in Yeovil for the First Round. But as at Huish Park, the Hatters responded with spirit – with Sam Walker seeing one shot deflected off Craig Robson and into the arms of Mark Cousins, as well as another saved directly by the home goalkeeper – as they strove to get back on level terms.

For all their possession, however, they lacked something of a cutting edge in Barnet’s final third. And with 26 minutes played, the Bees went closer to netting when, from a corner on the right, Dan Sweeney produced a goal-bound header that was nodded off the line by Minihan.

The half ended with two useful runs on the left by Stephenson – culminating in angled shots that were smothered at the near post by Cousins.

County continued to work hard in pushing forward after the break. Adam Thomas unleashed an effort from the right that flew shy of the far upright, before good work on the same flank by Frank Mulhern saw a cross frantically cleared away by Sweeney, and another shot fizzed beyond the left post courtesy of Elliot Osborne.

The better chances still fell to Barnet – with Ben Hinchliffe having to be at his best to tip over an attempt by Josh Walker just before the hour-mark – until an Osborne shot was spilled at the other end by Cousins, and Mulhern turned the ball agonisingly past the left upright on the rebound.

Warburton was introduced with a little more than 20 minutes left on the clock, and a double-substitution just under a quarter of an hour later brought Nyal Bell and Connor Domaio into the fray as County sought to beef up the collective attacking effort.

But the Hatters’ remaining attempts to get their name into the bag for the next evening’s Third-Round draw emanated from further back, and were alas in vain – with the heavily-bandaged head of Palmer nodding over, Dan Cowan having a long-range shot blocked, and Sam Walker firing into the packed away-stand that housed the magnificently-still-singing County Faithful.