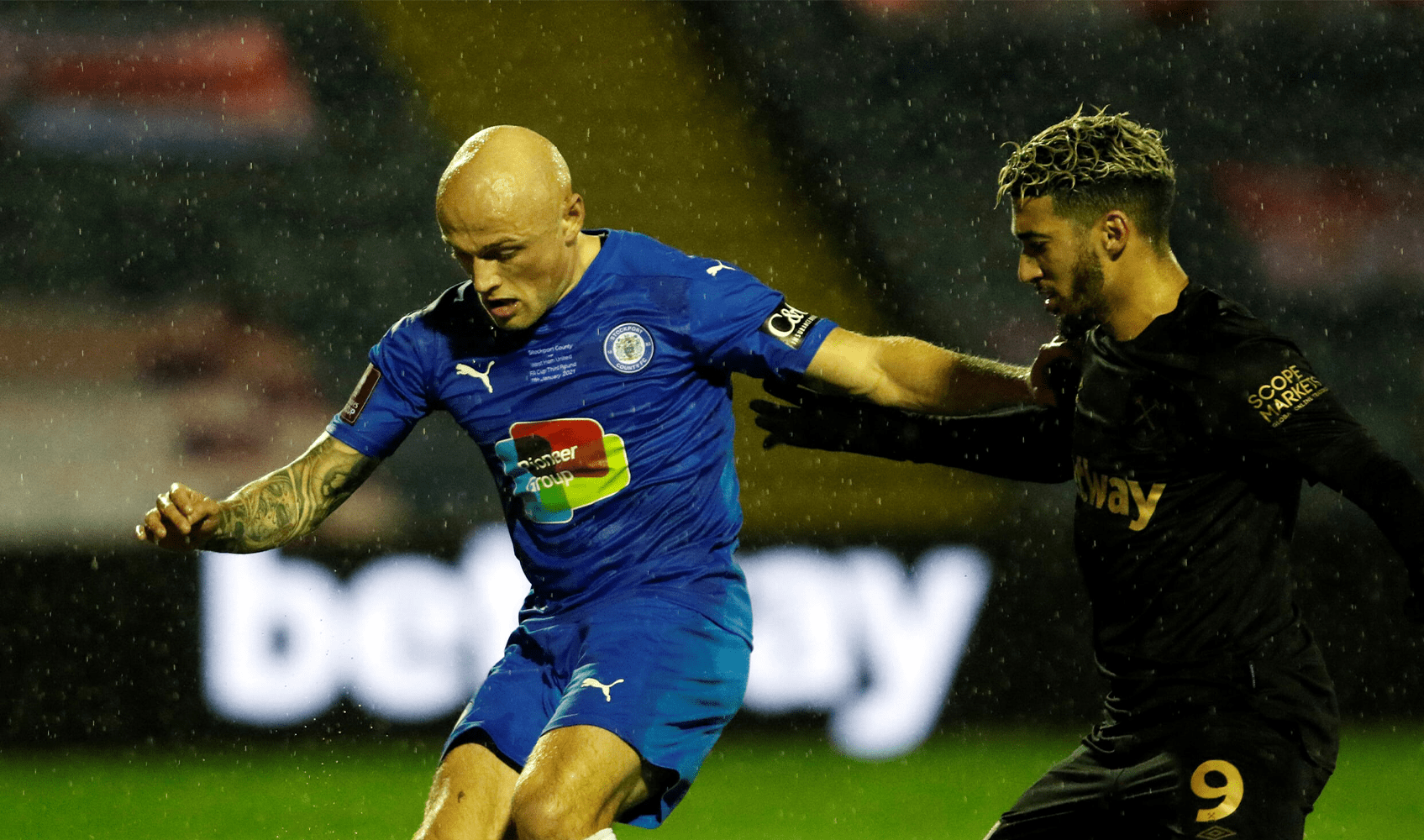 Two County’s go head to head at Edgeley Park this weekend, as our Buildbase FA Trophy campaign continues with a Fourth Round tie against promotion rivals Notts County on Saturday afternoon.

Both teams currently find themselves right in the promotion hunt moving into the New Year and are separated by just a point in the play-off places, with County sitting in 4th and Notts in 7th – both having played 14 games.

The FA Trophy provides a break from the intensity of league and FA Cup action this weekend though, and having fallen at this stage of the competition last season to Dorking, we will be hoping to go one better against a side who made it all the way to the semi-finals last season.

Just over a month will have passed since we last the Magpies – a disappointing 1-0 defeat for the Hatters live on BT Sport at Meadow Lane that sent Notts 3rd, four points above us in the table.

As a result of playing catch-up from our earlier Covid break, however, since that day we have played four further league games to their one. Our five points picked up from those games, combined with Notts County’s 1-0 home defeat to Hartlepool United, have seen us leapfrog them in the table as we continue to try and close the gap on leaders Torquay.

The only other game they’ve played since then was in the last round of the FA Trophy, as goals from Elisha Sam, Sam Graham and Jimmy Knowles helped them to a 3-0 win away at Northern Premier League side Morpeth Town.

As mentioned earlier, the Magpies reached the semi-finals of last season’s competition, missing out on a place in the yet to be played 2020 final to League 2 Harrogate Town, losing 1-0 in September, just a few weeks prior to the start of the 2020/21 campaign.

The semi-finals is also the furthest County have ever reached in this competition, reaching the last four during the 2018/19 season, where we were narrowly defeated by AFC Fylde over two legs.

Neil Ardley’s side have also been active in the transfer market over the last few days with the loan signings of striker Inih Effiong and winger Calvin Miller, from Stevenage and Harrogate respectively. Effiong is cup-tied for this game, but former Celtic man Miller is eligible to play at Edgeley Park.

This will be the first meeting at Edgeley Park between the two sides since 2008, when a Tommy Rowe strike earned us a 1-1 draw en route to promotion from League Two.