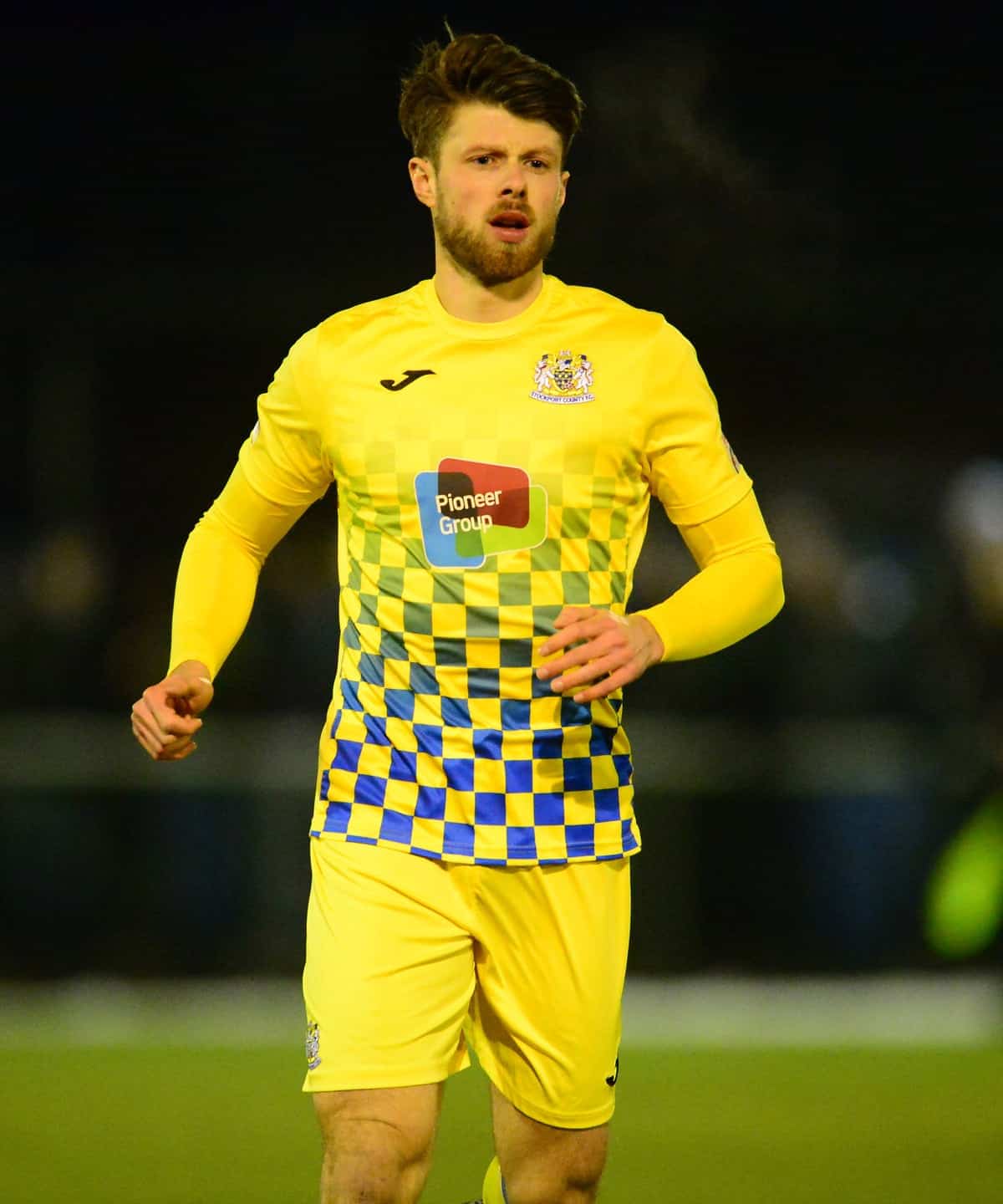 County’s FA Trophy adventure for this season ended, as it did last term, in a replay at Brackley’s St James Park – albeit following a tighter contest than that which saw the Hatters exit the Second Round, when the ‘Saints’ scored twice without reply, during January 2017. 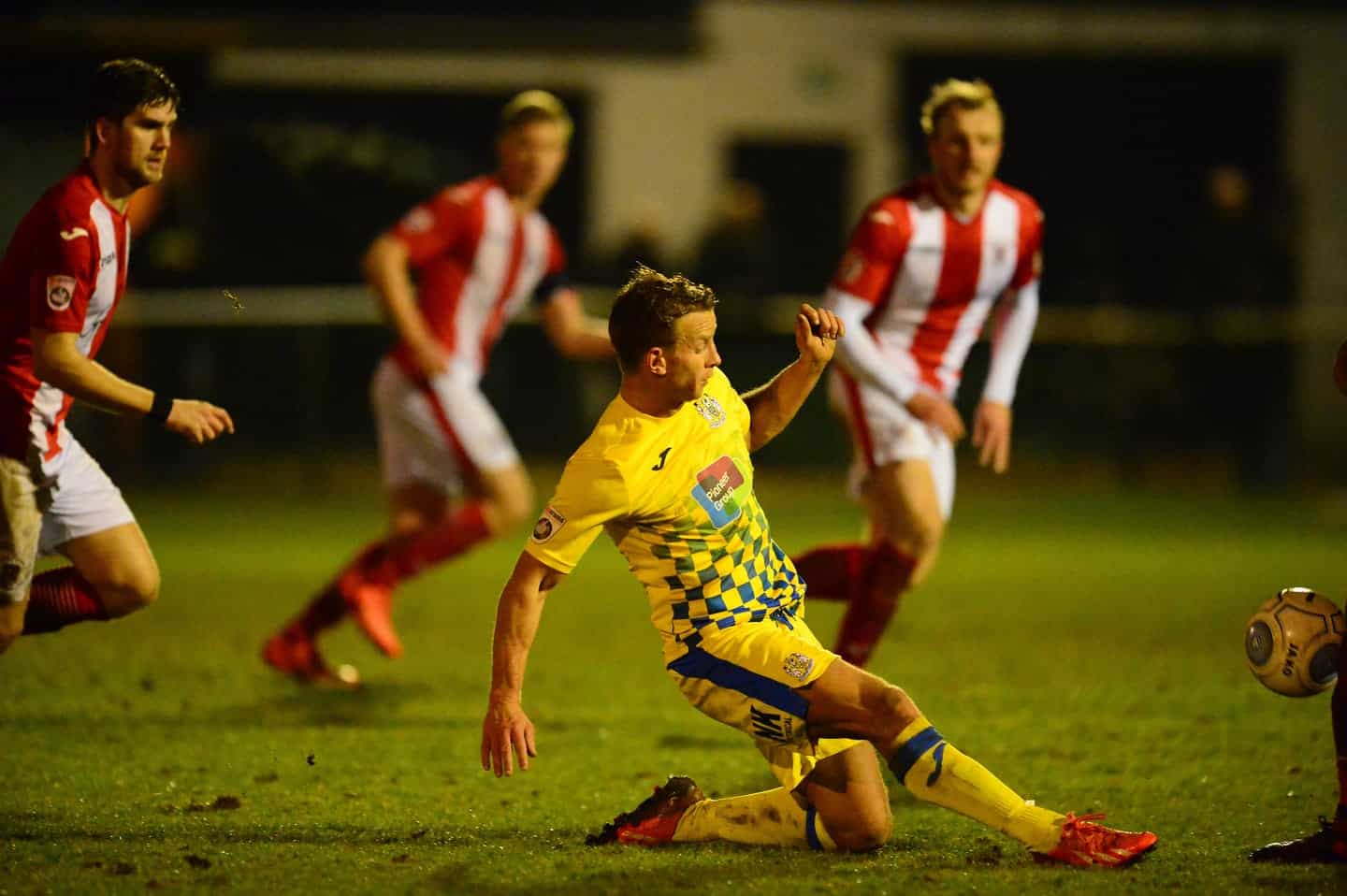 On this latest occasion, and two stages further in the competition, the Hatters were ultimately undone by early strikes during each half – with Shane Byrne’s well-struck winner arriving just two minutes after Jason Oswell’s first goal in 10 matches had got County deservedly back on terms. 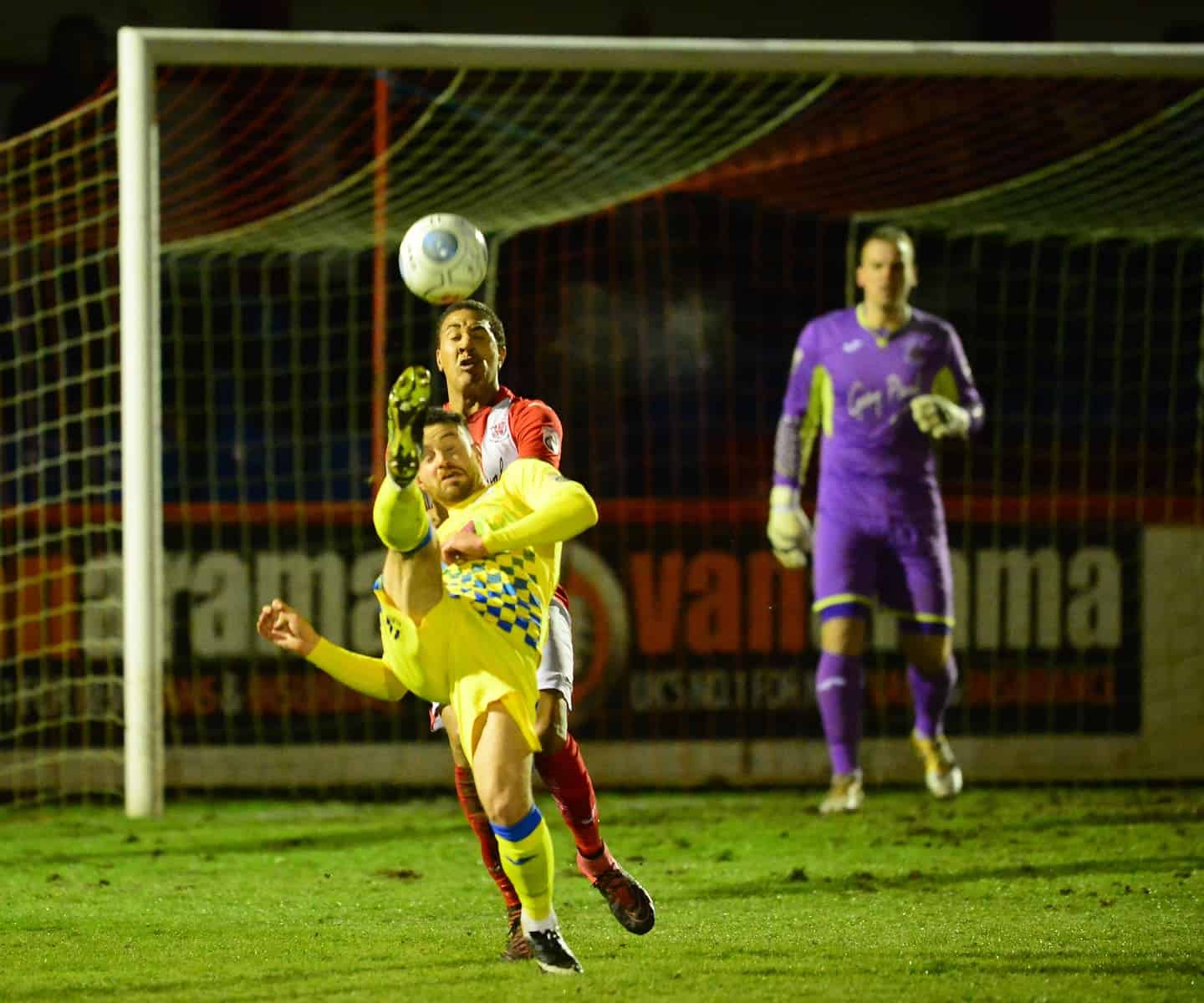 With the weather putting paid to last weekend’s National League North programme in its entirety, neither team had seen action since facing each other in the initial tie at Edgeley Park 10 days earlier. Both took to the field with unchanged starting line-ups from then, as the Hatters once again began play in a 4-2-3-1 formation. 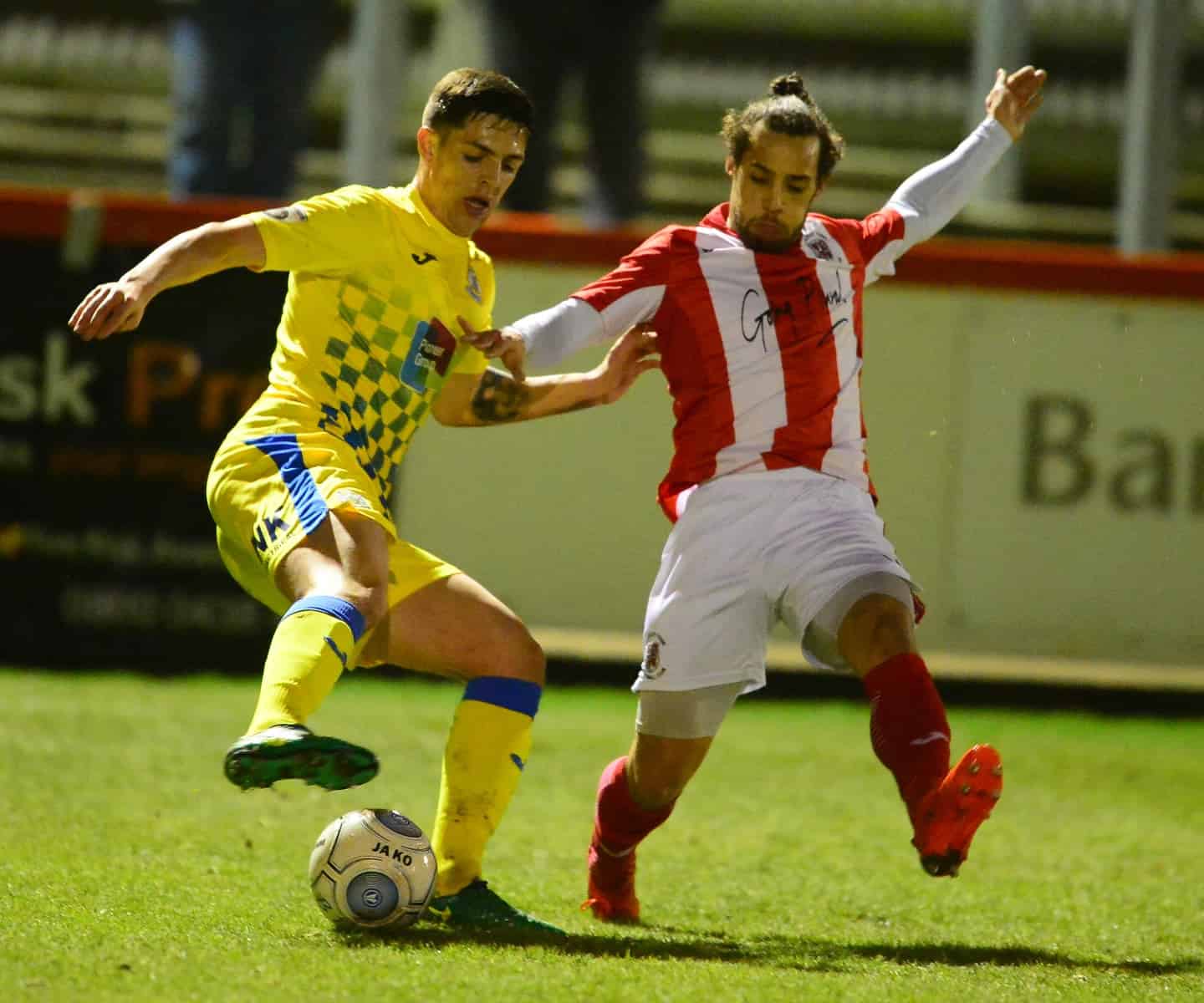 But, alas, their evening could hardly have got off to a worse start – when, after four minutes, Lee Ndlovu intercepted a Scott Duxbury header, before splitting County’s defence with a through-ball that found Aaron Williams. The hosts’ leading scorer finished with aplomb, as he chipped the on-rushing Ben Hinchliffe to put the Saints into an early ascendancy. 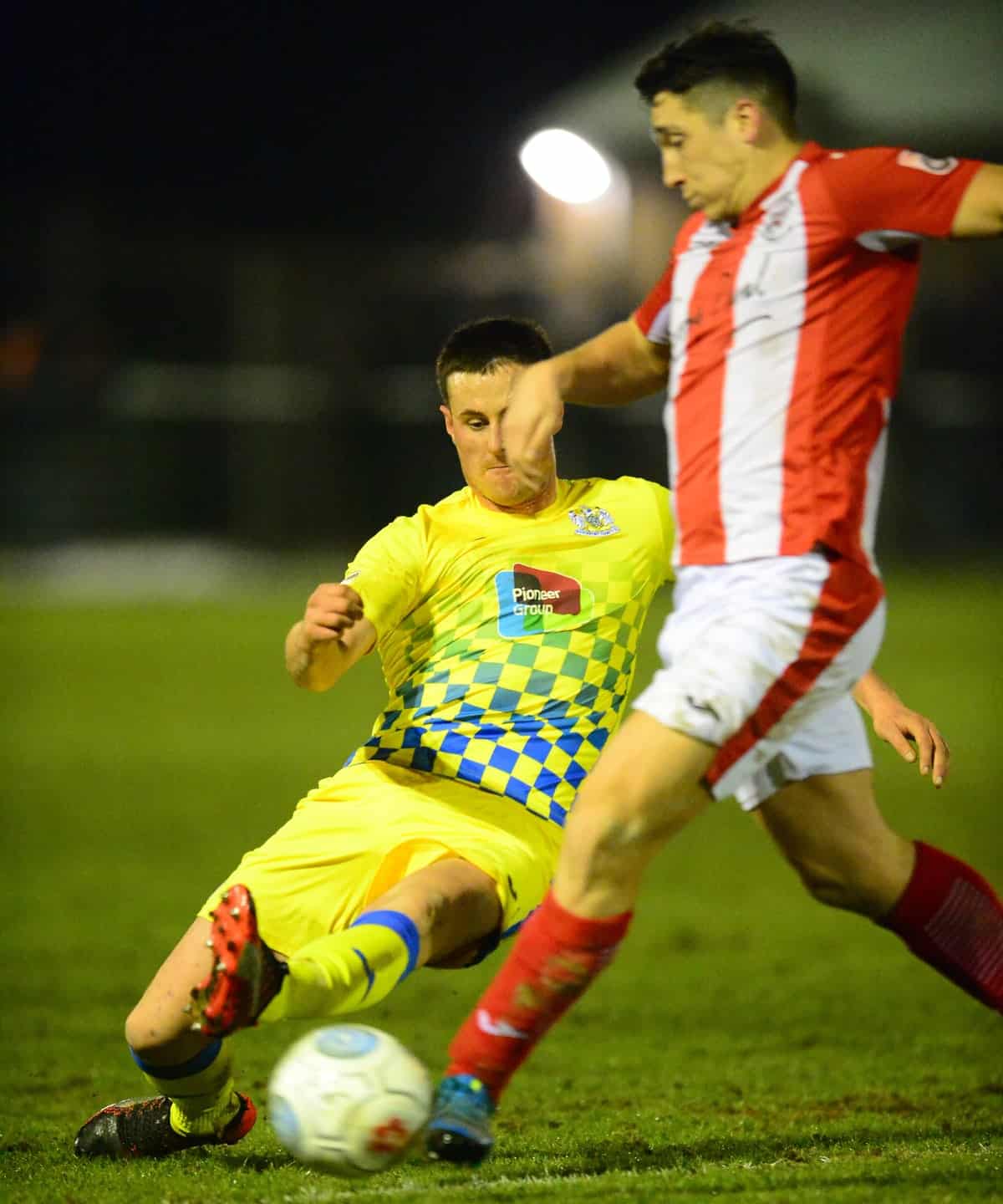 Hinchliffe was then called into action again, as he dived to smother a low shot from James Armson. But the Hatters were growing into the game – and, with 26 minutes played, were unlucky not to draw level, when shots in quick succession from Matty Warburton and Adam Thomas were respectively blocked by Byrne and, on the line, by the heel of Alex Gudger. 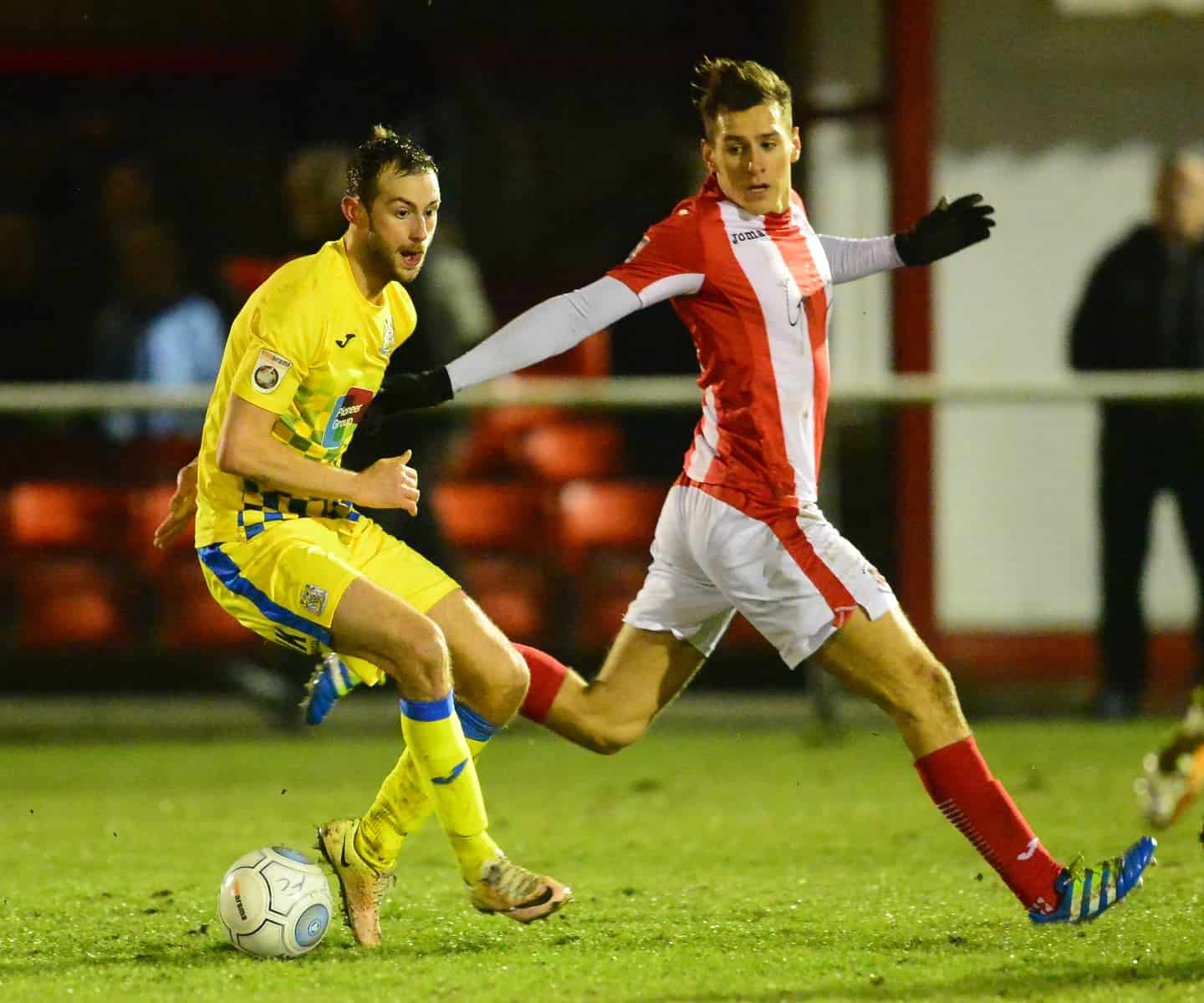 Less than 10 minutes later, County went close again as Darren Stephenson almost made for himself a 25th birthday to remember – cutting in from the left, before unleashing an effort that skimmed the top of the crossbar. And the momentum was to continue until half-time – with home goalkeeper Danny Lewis, four minutes ahead of the break, having to be at his best in parrying an Oswell shot on the turn past the right post. 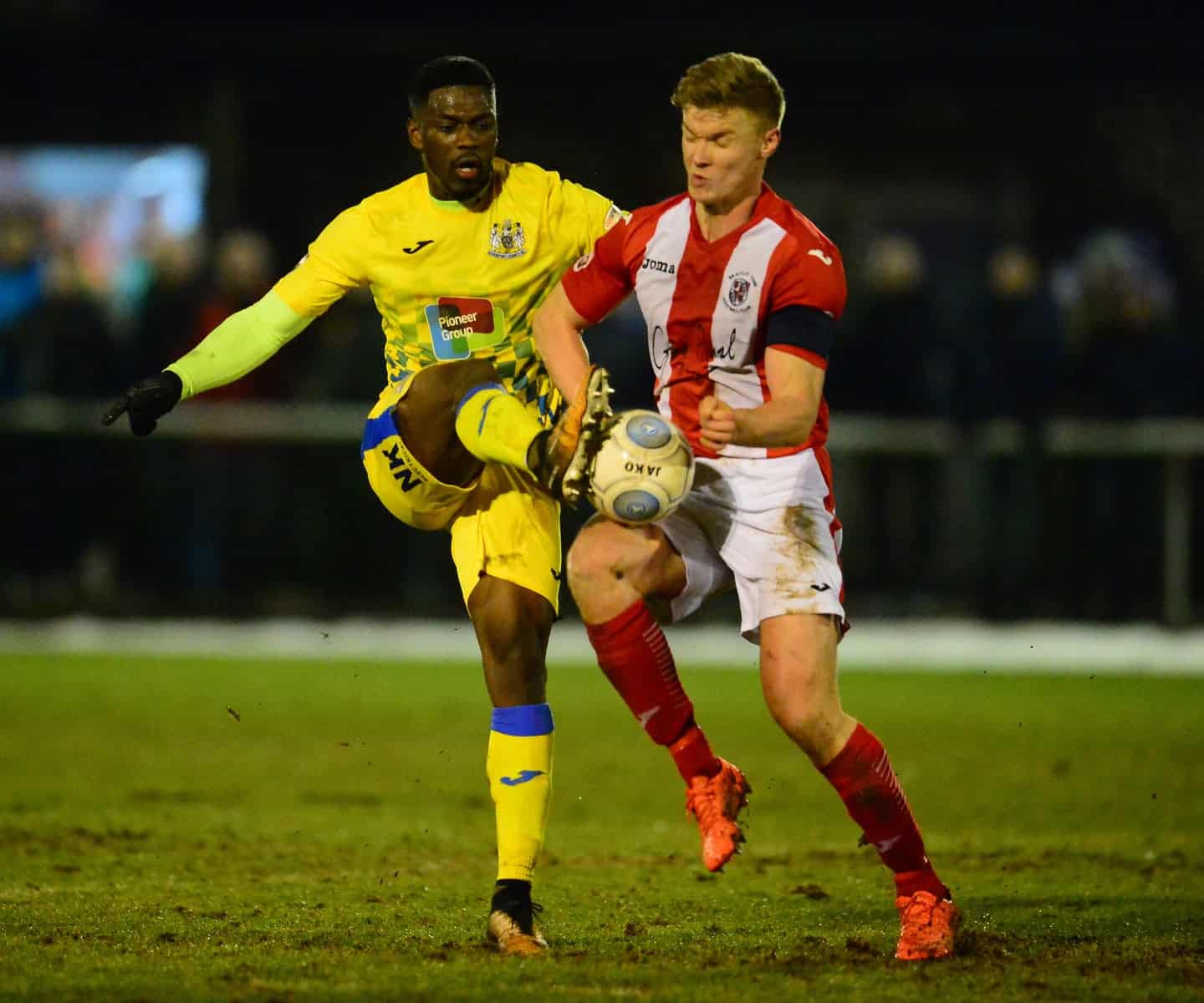 The Hatters began the second half in as lively a manner as they had ended the first – and, within three minutes, got their just reward, as Oswell ended his personal goal-drought by tapping in Duxbury’s cross from the left for his 24th strike of the season in all competitions.

But Oswell’s relief and County’s joy were short-lived, as the Saints, unbeaten on home turf for nearly a year, hit back almost immediately to restore their one-goal advantage – with Byrne’s left-footed thunderbolt from the edge of the area flying past Hinchliffe and into the corner. And, less than 10 minutes into the half, Brackley had the ball in County’s net again, courtesy of Armson following a corner – only to have the effort ruled out, with Williams flagged offside. 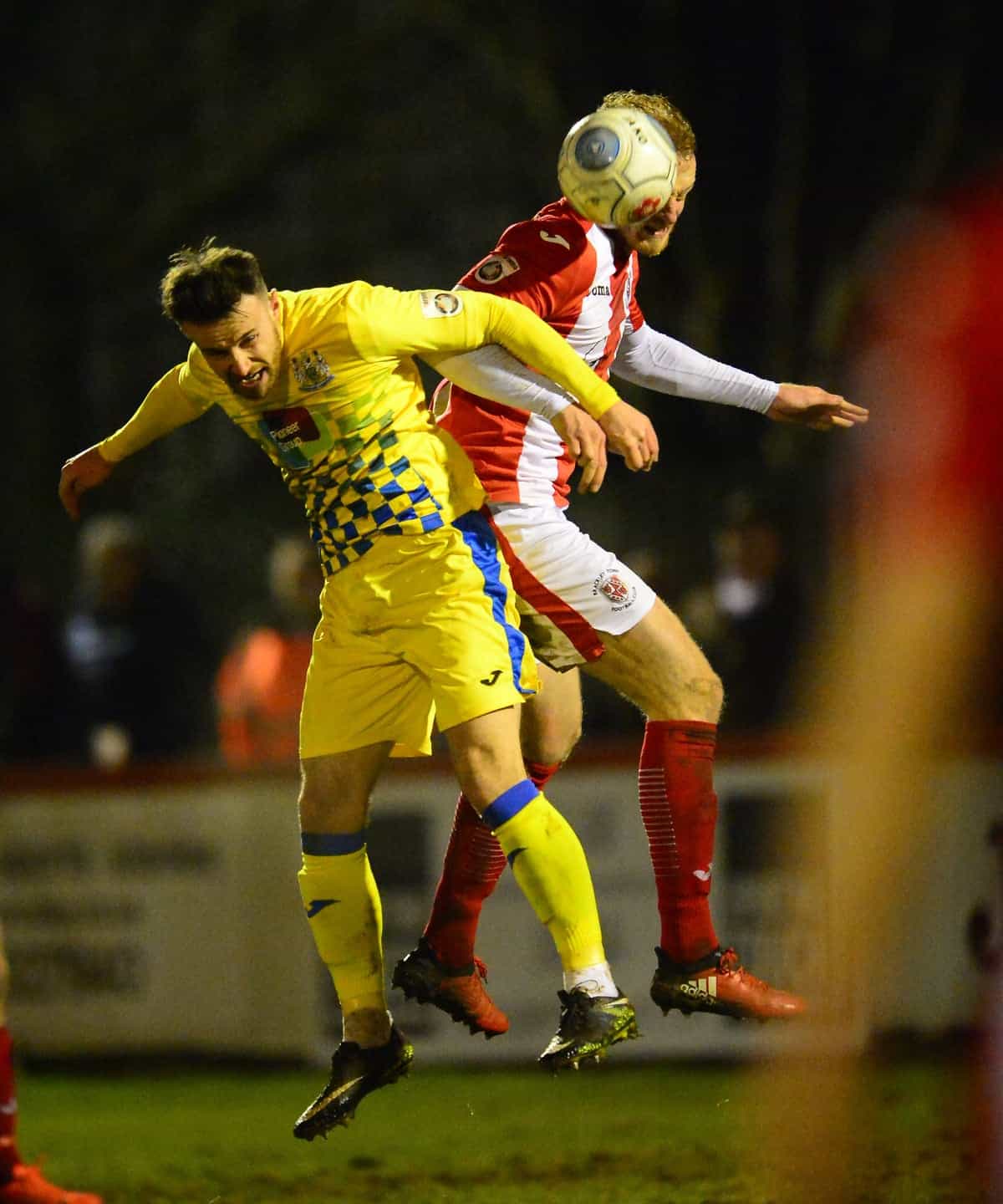 The Hatters continued to create further opportunities of their own after the hour-mark. Oswell’s deflected shot from just inside the box was smothered by Lewis, before Warburton – teed up from the right by Adam Thomas – fired narrowly over. At the other end, Hinchliffe tipped around the left upright a low drive by Adam Walker; Armson volleyed wide of the opposite post; and County’s Number One parried, then rushed forward to smother, Ndlovu’s strike from distance.

In the event, the Saints held out and went through for a two-legged semi-final encounter with Wealdstone (who, as further coincidence would have it, awaited Brackley in the Third Round last year). Not that County will have to wait very long for a chance of retribution, mind. Their hosts will this weekend once again become their visitors – making a second trip to SK3 within a fortnight as both sides re-focus on league business.