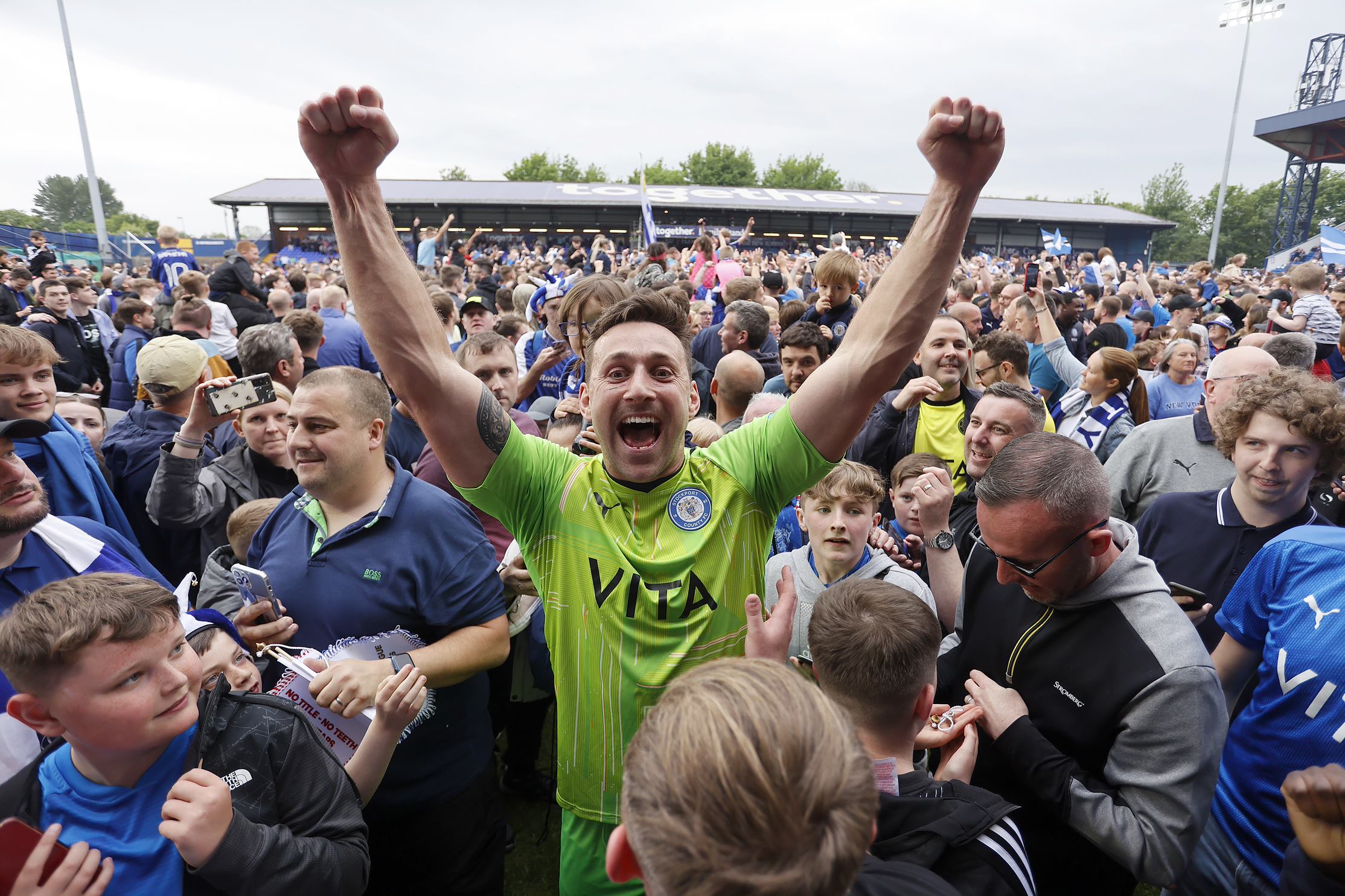 We’re delighted to announce that goalkeeper Ben Hinchliffe has signed a new one-year deal with the Club, taking him into a seventh season at Edgeley Park.

Ben joined the Club back in 2016 from AFC Fylde and has since established himself as a legend at Edgeley Park, winning both the National League North and National League titles with the Club and helping to secure our place back in the Football League.

Last season was a special one for the 34-year-old as he passed the 250-game landmark for the Club, before going on to record his 100th County clean sheet – becoming the first ‘keeper in the Club’s history to reach that milestone. Only Tiger Bowles has made more appearances in goal for County now than Ben.

He made 41 appearances in all competitions in 2021/22, and won the National League Golden Glove award for the second consecutive after keeping 22 clean sheets in the league.

His new deal means he will continue his journey with the Club from the National League North all the way to the Football League, as we prepare for life in League 2 next season.

“We are delighted to extend Ben’s stay with the club into the seventh season. Since returning to a full-time environment, Ben has grasped the opportunity with both hands and given everything to finding ways to improve, which undoubtedly he has.

“His performances in the last two years have supported the strong performance of the team and he brings a steady calmness to his team mates that is needed when competing for trophies.”