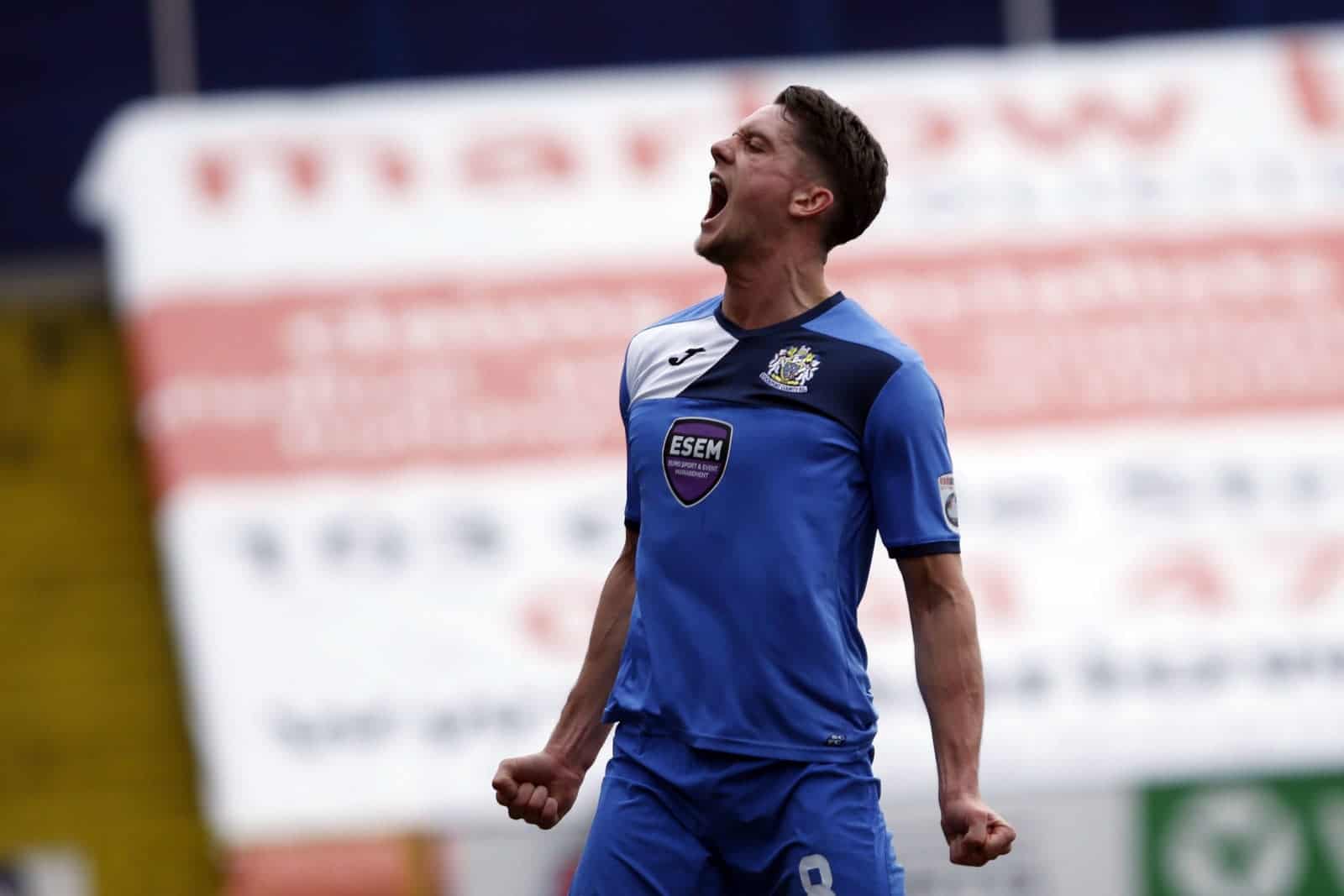 Midfielder Jimmy Ball has agreed terms with Stevenage FC and joined the League Two side for an undisclosed five-figure fee – it’s the highest sum received by County whilst playing in non-league football.

Jimmy has scored eleven goals for the Hatters this season, having scored eight in the previous campaign.  He made a total of 91 appearances for the club following his move from Stalybridge Celtic in September 2016.

Jimmy helped County to reach the Play Offs this year, and capped his season with a Player of the Month award from the National League North in March.

Stevenage boss Dino Maamria saw Jimmy in action recently when he brought his previous side, Nuneaton Town, to Edgeley Park in February.

County boss Jim Gannon said: “There are a lot of emotions when a player leaves the club. The first one is pride for Jimmy. Not pride in our work, but in his. Jimmy has come through the difficulties of leaving a League club and finding his way through non-league football.

“I always had great trust in Jimmy’s potential, especially if he kept working hard at his game, kept focused with his current team, and was given the opportunity to develop and mature. I am really pleased for Jimmy and it is a real success story. We should all have ambition but it should be tempered with reality and an understanding of the work, experience and growth that is needed to realise our ambition. Jimmy has done that work and I believe, should he continue to work hard and grow, he will be an asset to Stevenage and will become a very good League player.
“Jimmy was a big part of our team and replacing him will be difficult, but I’ve always had those challenges as a manager – in my first season, in the middle of our promotion campaign and in almost every season – it is just part of the cycle of football.

“I have always trusted that there is great talent in the game outside of the League and waiting to mature and develop in the right coaching and playing environment. There will be natural concern during times of change, but I reflect on past and recent experiences and trust that we attract and develop players that will overcome any perceived losses. We always have. It is a great source of pride and achievement that we are able to develop players, realise their potential and ambition to be League players, whilst all the time continuing to move forward as a club and improve our position every year.”