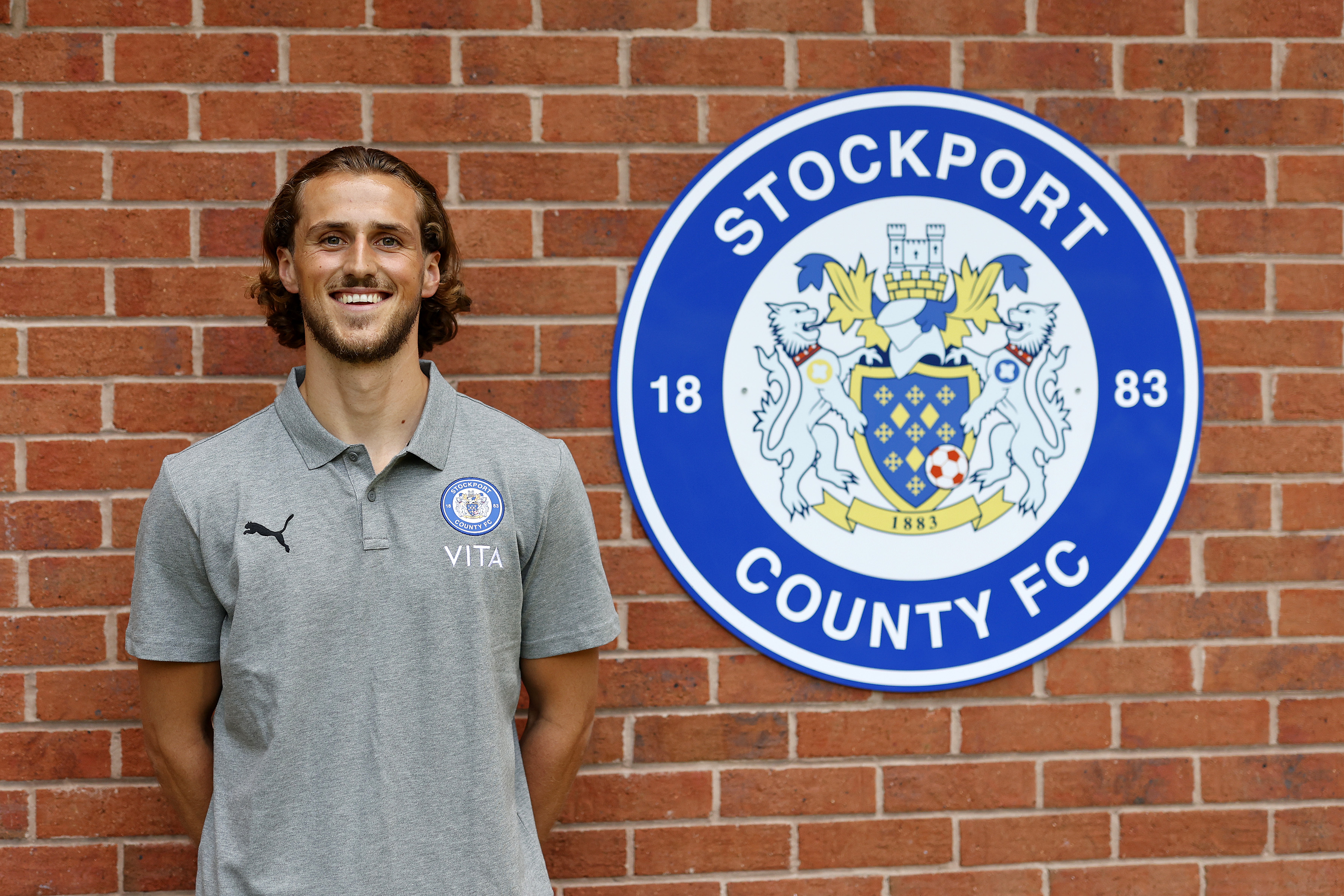 We are pleased to announce the capture of Torquay United centre back Joe Lewis for an undisclosed fee, with the 22-year-old signing a two-year deal at Edgeley Park.

The pacy young defender was out of contract with Torquay in the Summer after an exceptional season at Plainmoor, with a compensation package having been agreed with the Devon side for his transfer.

Capable of playing in any position across the back four, the Welshman made 41 appearances in the National League last season, scoring six times from the back and being voted as the Club’s Young Player of the Year for his performances.

Joe began his career in the academy at Swansea City before joining Torquay on loan for the 2019/20 season, impressing in his 28 appearances before the National League campaign was curtailed early in March.

He rejoined the club on a permanent basis in January 2021, making a further 25 appearances and playing the full 120 minutes in the National League play-off final as Torquay narrowly missed out on penalties to Dave Challinor’s Hartlepool United side.

“Joe is an exciting young central defender who at 22 has a number of qualities to play in our style of play. He is an athletic defender that defends both the space in front as well as behind and has developed well over the last 18-24 months in a front foot Torquay team, after a background in the possession style of Swansea.

“We are confident that County is a great next step for him to continue his progress over the next couple of years and play his part in helping the team fight for promotion.”

“I’m delighted that Joe has agreed to join us here at County. He is a young player with huge potential and really good experience for his age, and is one that we really feel will grow and continue to improve during his time with us.

“He has all the modern day requirements that a centre-back needs, as well as the attitude of loving and wanting to defend. His performances and growth over the past two seasons have really stood out and we feel he will fit perfectly into how we want to play both in and out of possession.”