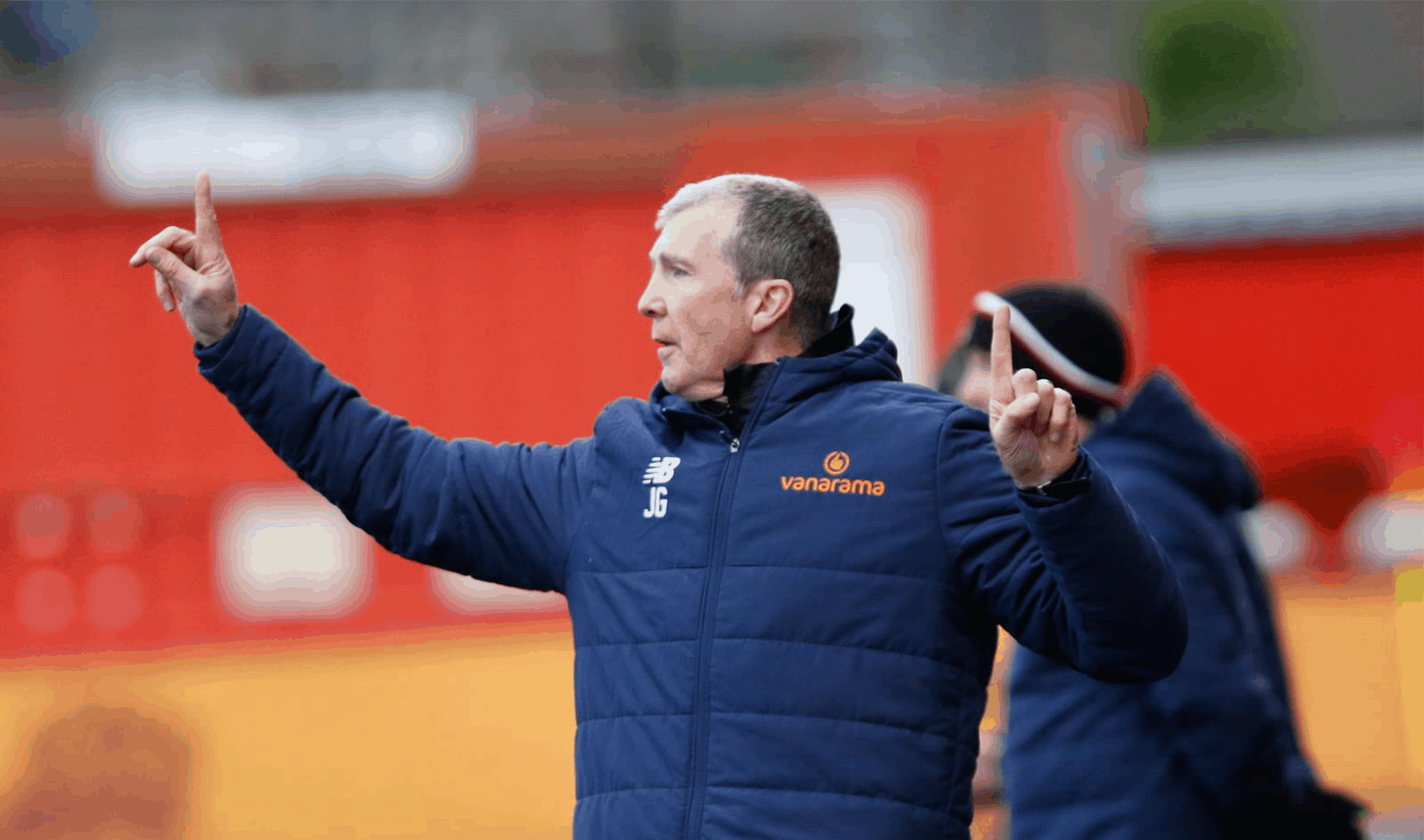 For the second time in a week, County go head to head with Altrincham in the National League this Saturday, as we look to start the New Year with another big three points in Jim Gannon’s 500th game as County manager.

Monday afternoon’s win at home to Wrexham brought to an end our three game winless run in the league, and lifted us above Saturday’s opponents and up five places into fourth, back in the play-off positions, where we’ll be looking to stay with another win.

The league could not be any tighter at the moment – just three points currently separate County in fourth and Wrexham down in 14th, although the Hatters do have several games in hand on many of the teams around them.

Altrincham followed up that Boxing Day draw with a disappointing 3-2 defeat away at FC Halifax; their first defeat in five game and one that saw them drop out of the play-off places. They currently sit ninth, one point below County and with the opportunity to go back above us with a win.

After falling agonisingly short of promotion in the 2018/19 National League North play-offs, losing to Chorley on penalties in the semi-final, Altrincham made amends last season in dramatic fashion, securing a second promotion in three years.

A strong finish to their league campaign, with one defeat in their last nine games, saw them sit in fifth place when the pandemic struck, securing themselves a play-off place when the league was ended prematurely.

They couldn’t have had a more difficult route to play-off glory, however. After defeating local rivals Chester 3-2 in the first round they travelled to York City, who had finished the season top of the league before dropping down to second on points per game.

Goals from Josh Hancock and Tom Peers were enough though to secure a stunning away victory, and send them through to the final against Boston United.

Again playing away from home, in the final game played at Boston’s York Street Stadium, the odds were stacked against Phil Parkinson’s men, but a solitary second-half goal from Dan Mooney proved to be enough, as Alti secured a return to the National League for the first time since 2016.

Pre-season saw Altrincham dealt the big blow of losing not one but two of their key attacking players, as winger Elliott Durrell moved to Wrexham, before on the eve of the new season star striker Jordan Hulme was signed by AFC Fylde for a ‘substantial amount’.

Perhaps as a result of those losses, the Robins got off to a slow start to the new season, winning just one of their first eight league games, and bowing out of the FA Cup to Fylde in the Fourth Qualifying round.

A late winner at home to Chesterfield in mid-November looks to have been the catalyst for a turnaround in the team’s fortunes, as their subsequent eight games have seen them win five and lose just twice, rocketing them up the table and in to possible play-off contention.

Familiar faces amongst their ranks include former Hatters Connor Hampson and Matty Kosylo – both played in the 1-1 draw on Boxing Day, with Kosylo grabbing the assist for Yusifu Ceesay’s opener.

Have you bought your streaming pass for the match yet? Click here to buy yours now.