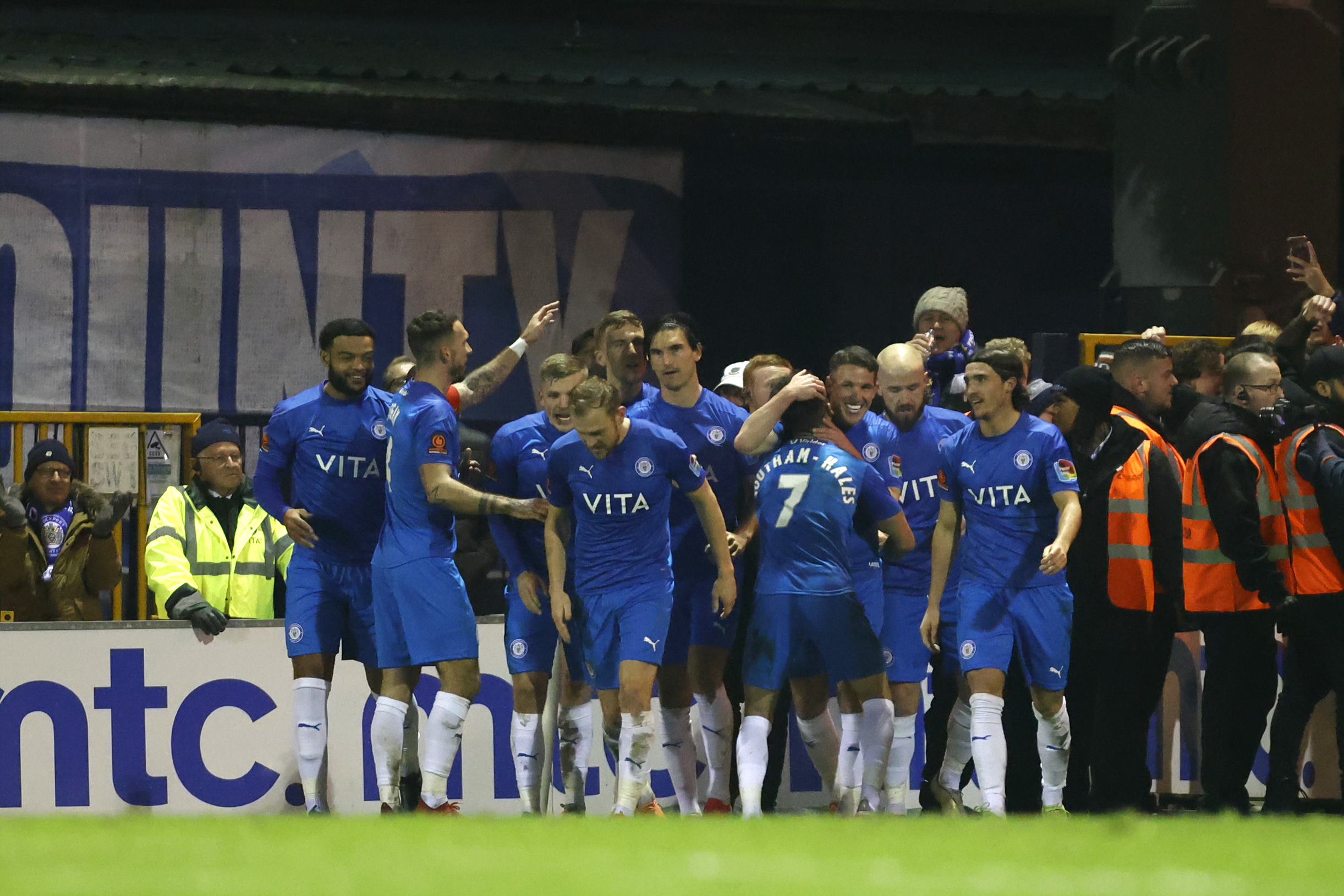 Having gone top of the table for the first time this season in midweek, County’s focus now turns to staying there as we travel to Barnet looking for a ninth straight win in all competitions.

Tuesday night’s 3-0 win over Maidenhead, coupled with Halifax’s defeat at home to Boreham Wood, saw County climb above both the Shaymen and Chesterfield into top spot, for the first time since October 2020.

Games in hand mean Chesterfield and Boreham Wood could yet overtake the Hatters further down the line, but for now Dave Challinor’s attention will turn to trying to extend our lead over the chasing pack, with just six points separating the top nine in a ridiculously tight National League table.

Barnet meanwhile will be returning to action for the first time in two weeks, after a covid outbreak postponed their game against Notts County last Friday. The last time the Bees played was at home to Chesterfield, where despite getting in to half-time at 0-0, they were eventually beaten 4-1.

Dean Brennan’s side are currently in 16th place after 22 games, 11 points above the relegation zone and 15 points off the play-off places with a couple of games in hand.

Over 600 tickets in the away end have already been sold for this game. Come and support County on the road, and buy your ticket online here.

Barnet’s surprise 2-1 victory at Edgeley Park proved to be Simon Rusk’s final game in charge at the Club, as defender Reiss Greenidge’s second-half winner left County in 10th, with Barnet climbing to 18th.

Much has changed for County since that night of course following the appointment of Dave Challinor, but Barnet are another team who look to have significantly improved following a change in manager.

Five defeats and no wins in their first seven games of the season saw former Liverpool and Leeds winger Harry Kewell sacked just a few months into the job, with the side only kept off the bottom by Dover and their 12 point deduction.

Barnet’s Head of Football Dean Brennan, formerly of Wealdstone, was appointed as his interim replacement – becoming the sixth manager in 2021 to take charge of the club.

He’s certainly proven to be the most successful of the six so far too as he lost just two of his first eleven National League games in charge – that win at Edgeley Park the start of a run of five wins in six games that has seen the side move comfortably clear of the bottom three.

Their form has trailed off a little bit in recent weeks, with no wins in their last five in all competitions, but they managed to get a point away at Boreham Wood during that run – and the side have lost just twice at home in the league since the appointment of Brennan, to Chesterfield and Wrexham.

Their goals have generally been spread around the squad so far this campaign, with no one outstanding goalscorer in the team. Their top scorer so far is former King’s Lynn forward Adam Marriott with four, and he is currently looking for his first goal since November.

Talented winger Ephron Mason-Clark will no doubt be looking forward to this fixture, having scored against County at the Hive in each of the last two seasons – albeit both in 2-1 defeats.

The 22-year-old was in good form in December with goals against Torquay and Maidenhead, but his progress was cut short after receiving a red card in a defeat at Yeovil. He returned to the squad in that home loss to Chesterfield, and will no doubt prove a tricky customer for the County defence once again this weekend.