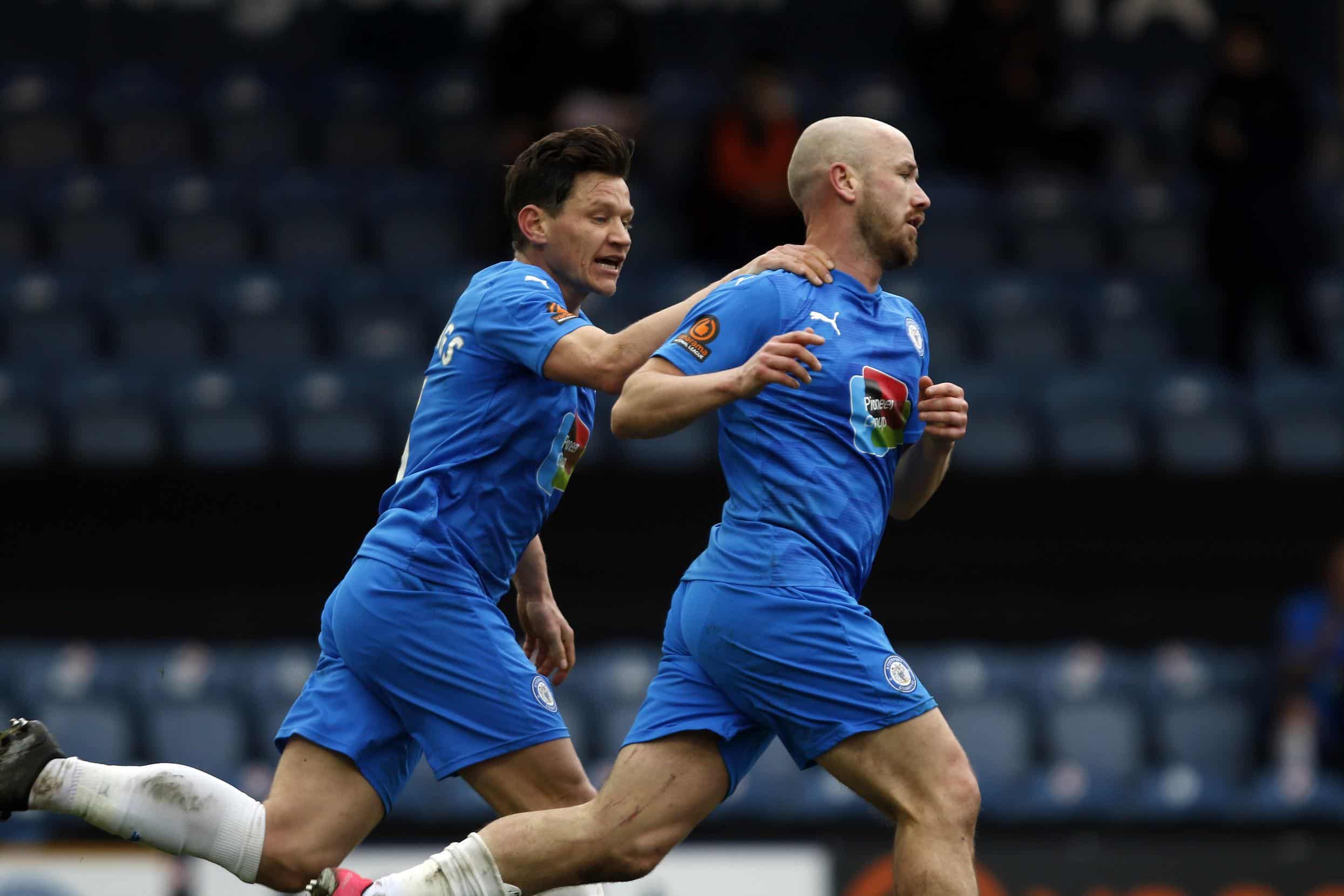 In-form County return to Edgeley Park on Monday evening looking to make it six points out of six over the Easter weekend with victory against play-off chasing Bromley, in a game shown live on BT Sport.

Friday afternoon’s somewhat nervy 2-1 win over Aldershot, our first ever victory at the Recreational Ground, extended our recent unbeaten run to six games as we closed the gap on leaders Sutton United to eleven points with twelve games remaining.

At the time of writing we remain in fourth place, just three points behind Torquay in third and with a healthy seven point advantage over Halifax just outside the play-off places.

Bromley meanwhile retain strong play-off ambitions of their own, and had to show their mettle on Good Friday by recovering from 2-0 down at home to Wealdstone to take a point in new manager Andy Woodman’s first game in charge. That result leaves them 10th, nine points behind County and five from the top seven.

Bromley were flying high when we made the trip to Hayes Lane earlier in the season, with the London side sitting pretty in third after a strong start to the campaign, six points from the top.

That game marked our first National League fixture in well over a month after suffering a Covid outbreak in the middle of November, meaning we languished in midtable going into that game – albeit having booked a place in the Third Round of the Emirates FA Cup just a week earlier.

Goals from Alex Reid and John Rooney that afternoon sealed something of a smash and grab victory for County that day, a result that lifted us to 11th in the league, with up to five games in hand on most of the sides above us. Bromley on the other hand, dropped down to fifth after a first defeat in seven games.

Their form over 19 games played since then has been inconsistent, with seven victories matched by seven defeats, whilst like us they the Ravens were dealt a blow in having a 3-0 victory over Dover Athletic struck from the record after the bottom side’s results were expunged.

That run of form has seen them drop from title contenders to leaving their play-off hopes in the balance, and just last week the Club made the decision to part company with manager Neil Smith after five years in charge at Hayes Lane.

Coming in as his replacement has been former Northampton goalkeeper Andy Woodman. Woodman, 49, has spent most of his post-playing career as a goalkeeping coach, working with Alan Pardew at West Ham, Charlton, Newcastle and Crystal Palace.

Father of Newcastle United goalkeeper Freddie, he joined the Club after leaving his role as Head of Goalkeeping at Arsenal, taking up his second job as a first-team manager after a short spell in charge of Whitehawk in 2017.

For large periods of the game on Friday it looked like his tenure in charge was to get off to the worst possible start as struggling Wealdstone raced into a 2-0 lead after just 18 minutes, but the Lilywhites always have a chance with the form of Michael Cheek up front.

The ex-Dagenham striker struck just 15 minutes from time to salvage a draw for his side, and take his personal scoring tally to 18 for the season in the National League, five goals more than any other player in the division.

The Match Sponsor for tomorrow’s game will be The Italian. We’d like to thank them again for their fantastic support.