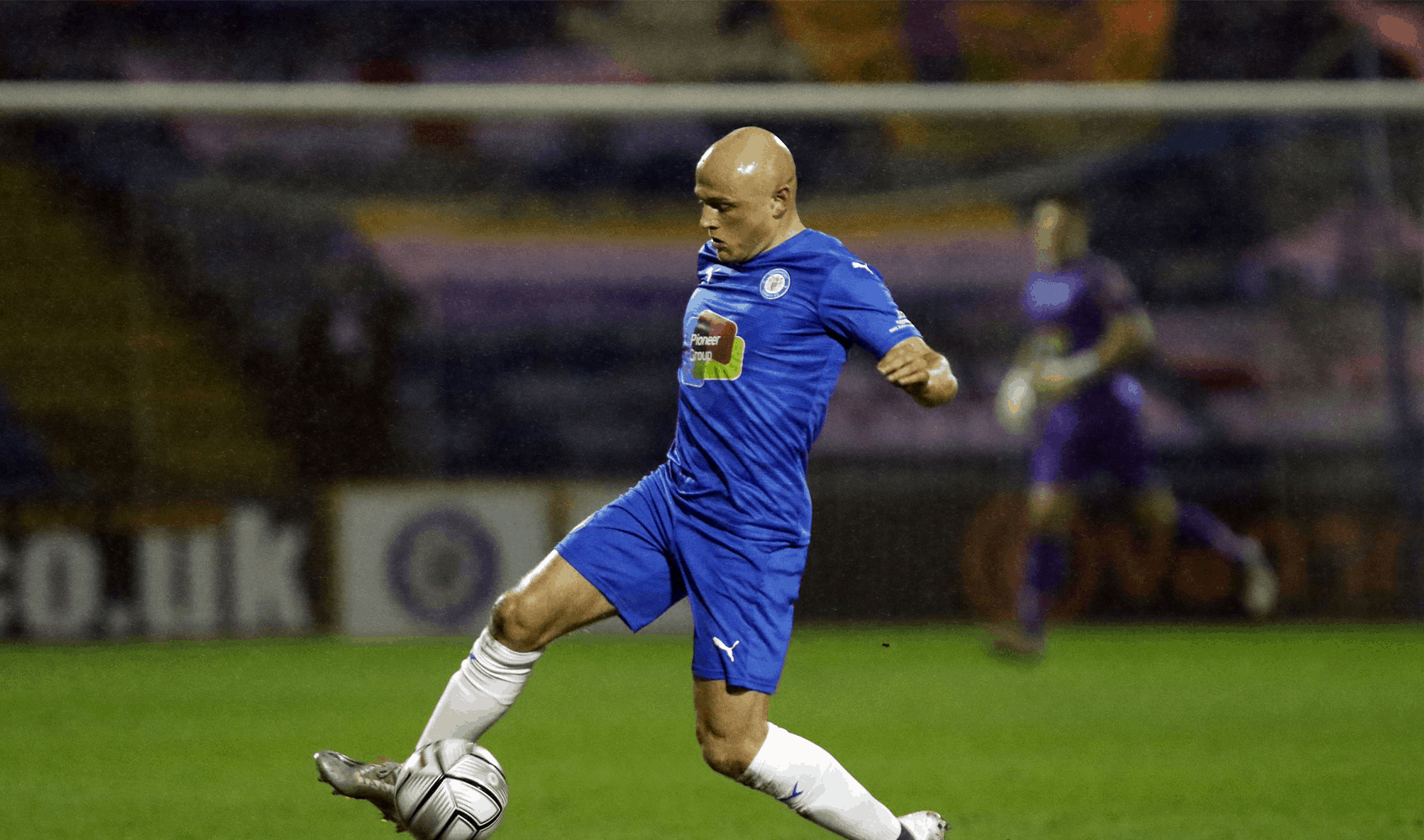 County host in-form Chesterfield at Edgeley Park this Saturday, looking to find our scoring touch again and return to winning ways in the National League.

Despite an impressive performance against high-flying Notts County on Tuesday, that 0-0 draw extended our winless run to four games, meaning we remain in 6th place in the National League, behind the Magpies on goal difference and ten points off top spot with a game in hand.

Chesterfield meanwhile have won their last two games, both against play-off chasers in Notts County and Altrincham, and both of them 1-0, to climb to 13th in the league table and within six points of a play-off place themselves, with games in hand on the sides above.

If you haven’t already purchased a streaming pass for Saturday’s game, you can do so now by clicking here.

The Spirites will be a very different side to the one we faced last time out in an FA Cup replay back in November. At the time of that game, which County won 4-0 at Edgeley Park, Chesterfield were struggling under manager John Pemberton, languishing in the relegation zone after winning just two of their opening nine league games.

That run of form spelled the end for Pemberton, who was sacked after a late 3-2 defeat away at Altrincham half-way through November. A week later following another 3-2 defeat, to Notts County this time, the Club moved to appoint Gloucester City boss James Rowe as their new manager on a deal until the end of the 2022/23 season.

Rowe had Gloucester leading the way at the top of the National League North at the time of his departure, and immediately brought with his top scorer Akwasi Asante with him to the Technique Stadium – the striker having an immediate impact by scoring in a 2-1 win at Weymouth in Rowe’s first game in charge.

The new man has been heavily backed in the transfer market since then too, with as many as 13 new players coming in through the door in a major squad overhaul, including as many as four players from his former club.

Other notable signings have included striker Adi Yussuf, Chester defender Joel Taylor and Yeovil man Tom Whelan, who scored the winner at Edgeley Park whilst on loan at Weymouth earlier this season – although he is suspended for this game.

Such has been the radical overhaul at the Derbyshire Club that of the 13 players who took to the field in that FA Cup tie, only three were involved in their league game against Altrincham last Tuesday.

They’ve certainly reaped the rewards since, however, as the side have embarked on a run seven wins and just one defeat from their 11 league games since Rowe took over, to turn them from relegation strugglers to genuine play-off hopefuls as we enter the second half of the season.

The only side to beat them in that time was Solihull Moors, who came from behind to win 2-1 in stoppage time at Damson Park – one of only two times Chesterfield have been behind in a league game, with their new-look defence proving difficult side to break down.

Up the other end, Asante has been key to their revival with an impressive eight goals in those 11 games already, to add to the eight he scored for Gloucester earlier in the season.

Our Match Sponsor for Saturday’s game is Viridor. We’d like to thank them again for their fantastic support.