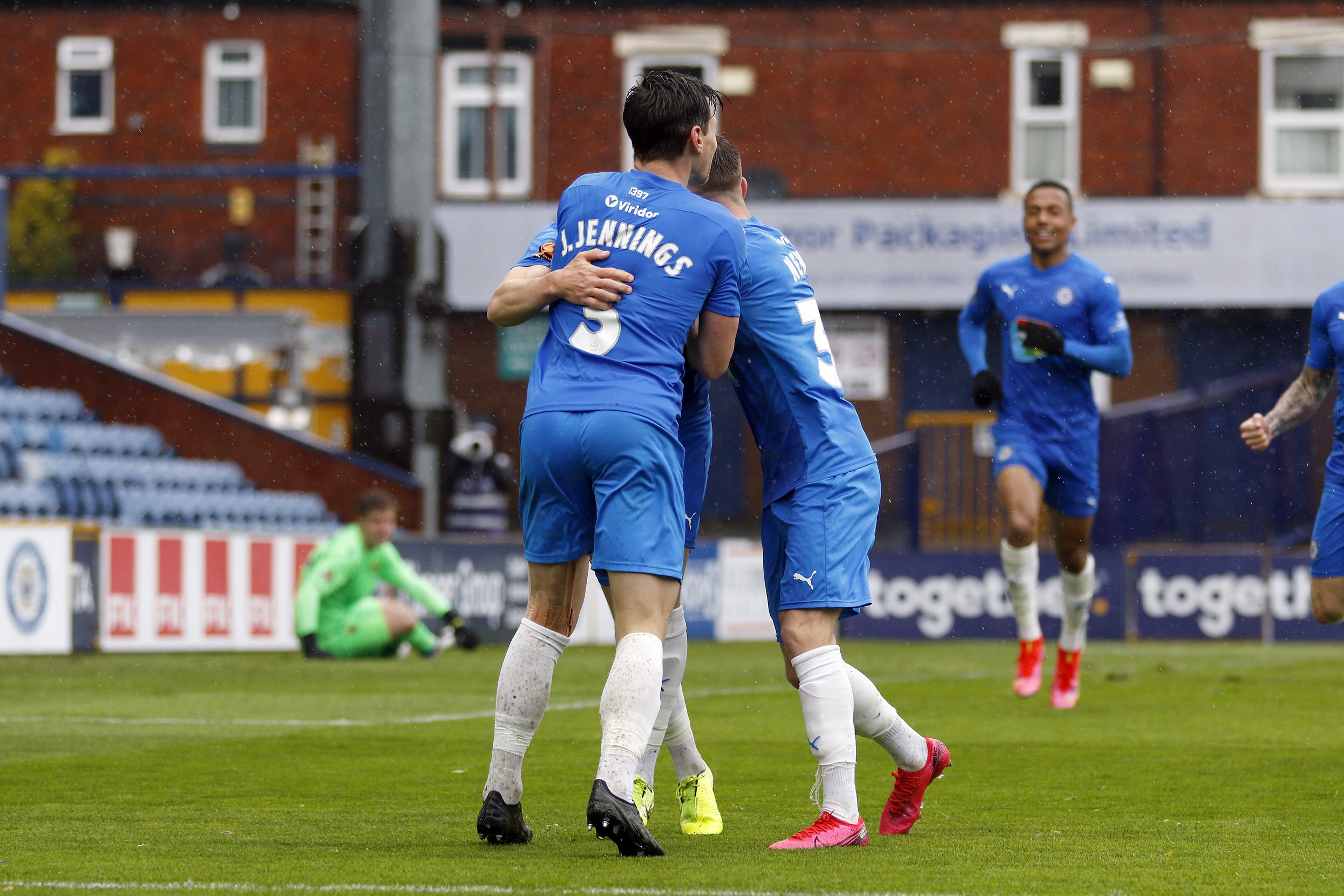 After a weekend away from action, County are back in the thick of the National League promotion chase on Tuesday night as we welcome red hot Dagenham & Redbridge at Edgeley Park with the chance to cut the gap on leaders Torquay to just three points.

As we were due to play Dover last Saturday, we were instead forced to sit back and watched our title rivals in action during the last round of games. Whilst victory for Sutton over Weymouth moved them four points clear of County, a 4-2 home defeat to Maidenhead for Hartlepool meant we retained our place in the top three.

The most crucial result of the weekend however came in Saturday’s late kick-off, as Torquay were held to a 0-0 draw at home to Bromley – a stalemate that means victory in our last four games would see us finish above the Gulls in the table on goal difference, and guarantee 2nd place at worse.

Three points in this game against Dagenham would move us to within touching distance of Gary Johnson’s side ahead of a mouth-watering clash against the Gulls on Sunday afternoon, live on BT Sport.

Dagenham meanwhile were in action at the weekend, as they cruised to a resounding 5-0 victory at lowly Wealdstone – a sixth straight success for the Daggers that keeps alive their hopes of a late play-off push.

When the two sides met at Victoria Road back in January, two well taken second-half goals from Richie Bennett and Alex Reid were enough to secure all three points against a Dagenham side struggling in the bottom half of the table at the time.

Whilst that win saw County remain in fourth place, 11 points from the top with two games in hand, for Dagenham it continued a slow start to the campaign for the pre-season play-off hopefuls, languishing down in 17th.

It didn’t get any better for Daryl McMahon’s side after that either, with that defeat kick-starting a run of just one win from nine National League games that left them languishing down in 17th.

A home victory over Torquay that sealed a league double over the Gulls was a rare highlight for them in March, but was then followed by three successive defeats that looked to have left their season in tatters.

A 2-0 home win against Eastleigh just four weeks ago has proven the catalyst for a remarkable late push from the side from East London, who have now won their last six to move up to 11th in the table, within five points of the play-off places – a situation that looked unthinkable less than a month ago.

The Daggers goalscorers that day against Eastleigh were Paul McCallum and Angelo Balanta, with that deadly front two partnership proving key to their sides revival, scoring 12 goals between them in those six games.

McCallum in particular has impressed, scoring seven goals in that period to more than double his tally for the season – having netted a brace in each of his last two games.

The side have benefited from something of a preferable run-in, with their last four games coming against the bottom four sides in the division, but the emphatic manner in which they’ve swept those sides apart suggest they too have everything to play for going into the final stretch of a thrilling National League season.

The Match Sponsor for this game will be Powered Access Solutions. We’d like to thank them for their fantastic support.

County to play Lincoln at Carrington