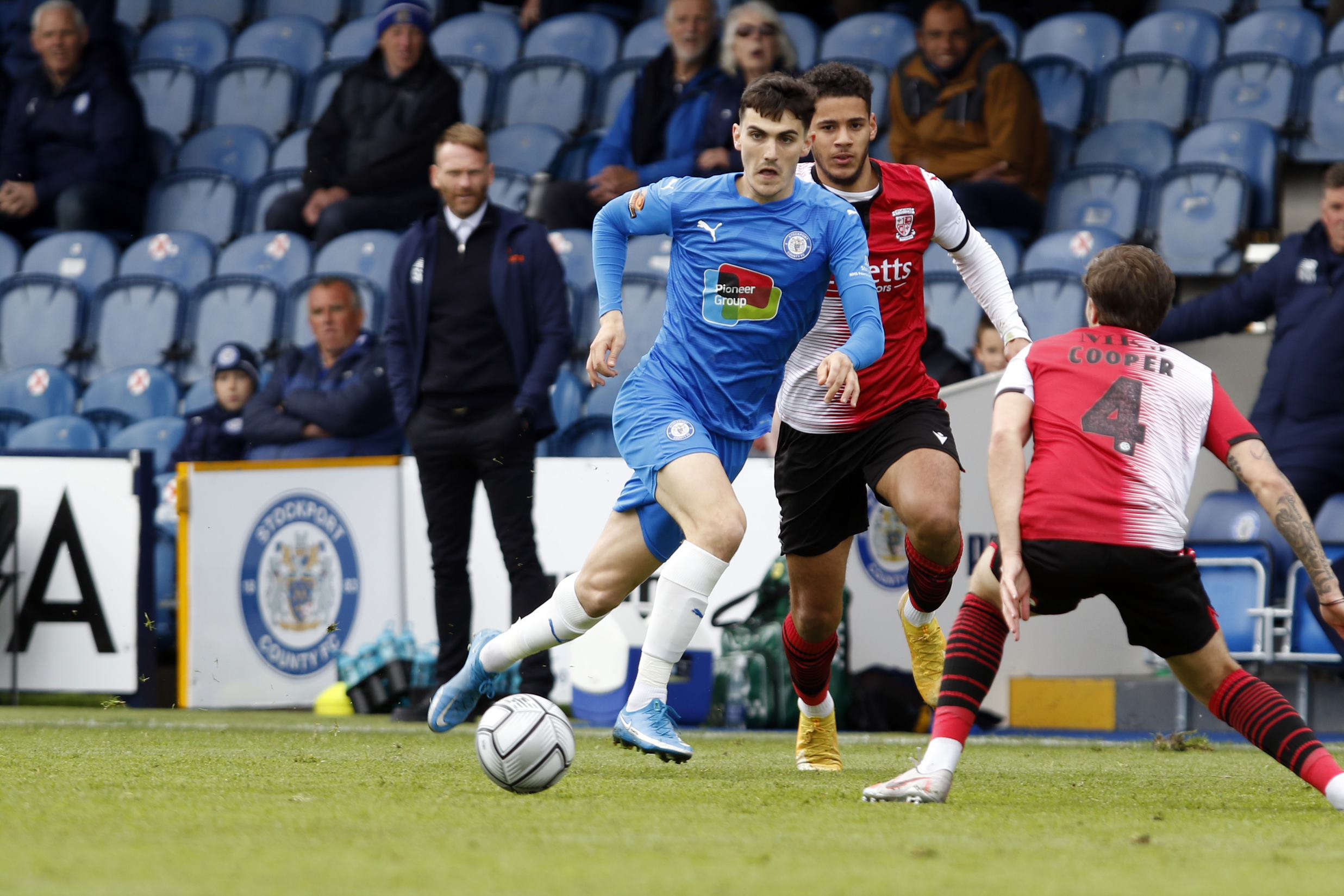 The play-offs are in town this weekend, with the Football League in sight, as we welcome Hartlepool United to Edgeley Park with a place in the National League play-off final in Bristol at stake.

Our 1-0 victory at Yeovil Town on the final day of the season secured 3rd place in the final National League standings, one point above our opponents Hartlepool, and crucially sealed home advantage for this one legged semi-final.

For Hartlepool, 4th place for them meant they had to go through the play-off eliminator round in order to book their place in the semi-final, which they did courtesy of a 3-2 victory at home to Bromley last Sunday.

In a devastating opening 25 minutes, Hartlepool raced into a 3-0 lead thanks to their deadly front duo of Rhys Oates and Luke Armstrong, before staying strong in the second half to ride out a late Bromley fight-back to set up a mouth-watering clash at Edgeley Park.

Our last meeting with the Pools came at the end of March, as a stunning second-half volley from Paddy Madden – his first County goal – secured a 1-1 draw, cancelling out Gavan Holohan’s opener.

At the time, that result left Hartlepool nine points above us in second place, but our three games in hand and superior goal difference meant our top three hopes remained in our own hands with 13 games to go.

Whilst our form only went from strength to strength through April and the start of May, with seven wins from our next nine games, Hartlepool looked to be keeping pace with us all the way after winning four and drawing one of their subsequent five, including a 7-2 win away at Wealdstone, and home victories against Notts County and Chesterfield.

With the finishing line in sight, however, a run of three defeats in four games ultimately cost them dear, as back to back losses to Bromley and Maidenhead gave us the chance to leapfrog them in the table.

A 3-0 defeat away at champions Sutton in their penultimate match of the season compounded their misery, and despite a 4-0 victory over Weymouth on the final day of the season, the Monkey Hangers were made to settle for fourth.

Dave Challinor has said his side are coming into this game full of confidence however, as they compete in their first play-off campaign since 2005 – where they were beaten in the League One final by Sheffield Wednesday. That confidence will only have been boosted by their impressive victory against in-form Bromley, in which they simply brushed the opposition aside in that opening period with one of their best performances of the season.

In former County man Rhys Oates, their Player of the Year, they have a man bang in form up front with 15 goals in the league this season, whilst Salford loanee Luke Armstrong, son of County legend Alun, has chipped in with 13.

Dave Challinor has been handed an injury boost this week with the sight of first-choice ‘keeper Ben Killip back in training after several months out with injury, whilst defender Lewis Cass, injured for the Bromley game, is expected to be back in contention.

Our Main Match Sponsor for this game is ND Transport Management, whilst our Match Sponsor is Together Finance. We’d like to thank them both for their fantastic support this season.