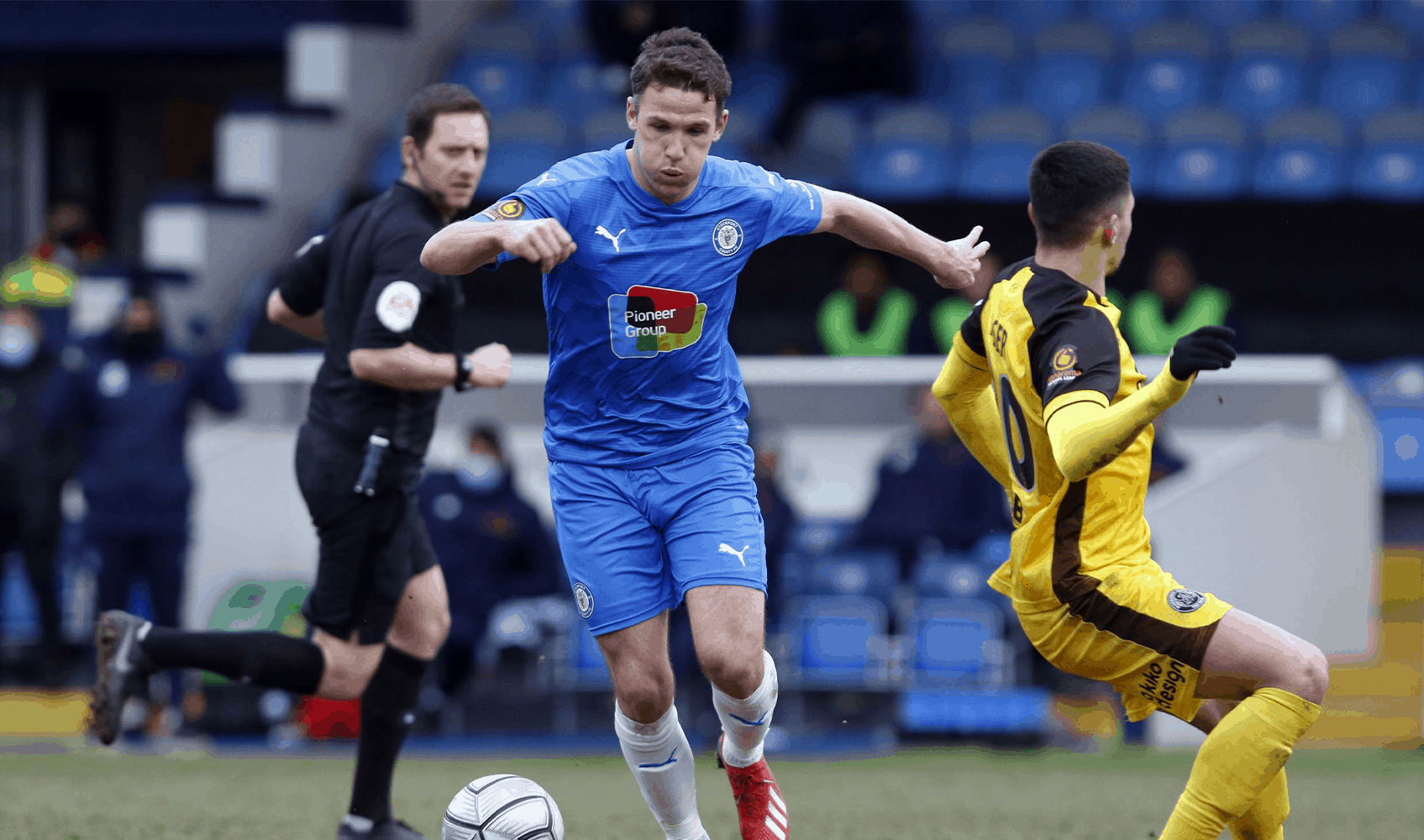 County welcome former Football League foes Notts County to Edgeley Park on Tuesday, looking to return to winning ways in a heavyweight clash at the top of the National League table.

Saturday’s defeat at Eastleigh extended our winless run to three games and saw us slip down to sixth in the National League table in the process. Defeat for leaders Torquay, however, means we remain eight points off the top of the table with a game in hand on the Gulls.

A win under the floodlights at Edgeley Park would see us move above Notts County in the table, and could see us finish the night as high as third should other results go our way. Defeat on the other hand could see us slip down to 7th, meaning the stakes are high ahead of this big encounter.

Notts also fell to defeat on Saturday, going down 1-0 at home to Saturday’s opponents Chesterfield, bringing to an end a run of four successive league wins that has propelled them into the promotion chase.

They currently sit ahead of County in the table on goal difference, albeit having played two games less than us so far this season.

The reverse fixture back in December saw County fall to a flat 1-0 defeat at Meadow Lane thanks to a first-half goal from Jake Reeves, a result that saw the hosts rise to third in the fledgling league table, whilst we slipped down to 10th place.

A succession of Covid outbreaks amongst National League Clubs over the festive period meant that Notts played only one National League game in the five and a half weeks following that match – a 1-0 defeat at home Hartlepool United.

They did, however, win 2-1 at Edgeley Park in the FA Trophy Fourth Round during that period, and since resuming league action have hit a rich vein of form, with a draw against Torquay followed up with wins against Weymouth, Solihull, Dagenham and Kings Lynn to send them as high as third.

That defeat against Chesterfield was undoubtedly a set-back for Neil Ardley’s men, but there record on the road so far this season will give them plenty of confidence – they are unbeaten in their last five away games in the league, a run that stretches back to a 1-0 defeat at Aldershot back in November. They have lost just two league away from Meadow Lane all season.

The dangerman for the Magpies is again likely to be frontman Kyle Wootton, with the former Scunthorpe striker finding the net ten times in the league already this season, whilst it was his late goal that settled the FA Trophy tie at Edgeley Park a month ago.

Our match sponsor for this game is sas daniels LLP Solicitors. We’d like to thank them for their fantastic support.