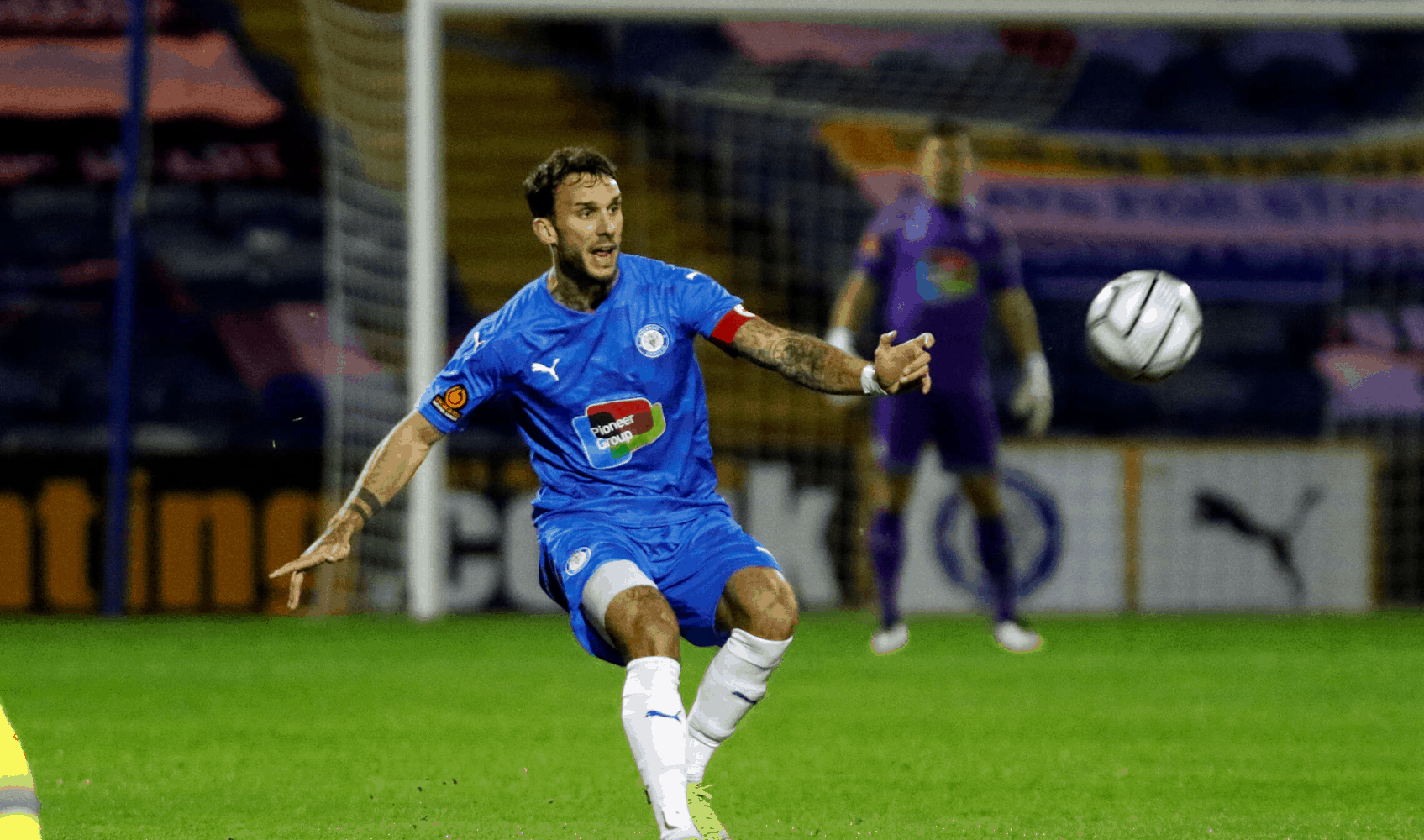 For the third time in a week, County are in home action this Saturday, as we welcome Weymouth to Edgeley Park for our first ever meeting with ‘the Terras’, looking to make it six games unbeaten in the National League.

After Tuesday night’s goalless stalemate with promotion rivals Solihull Moors under the floodlights, County slipped down into second in the National League table, two points behind Torquay United.

With the Gulls not in action until later in the evening when they face Hartlepool, County know that three points on Saturday will, for a couple of hours at least, see them return to the top of the table.

For Weymouth, it’s been a tricky start to life back in the National League for them following promotion last year, a 3-2 defeat at Bromley on Tuesday leaving them 19th in the league standings with four points from six games.

Last season proved to be one of incredible and unexpected success for Weymouth in what was their first season back in the sixth tier for nine years, as they dramatically secured back-to-back promotions via the play-offs.

Led by the goals of former County man Abdulai Baggie, the Terras were as high as third in the table with 63 points when the campaign was cut short due to the pandemic, seven shy of champions Wealdstone, with whom they shared the best defensive record in the division.

Dorking Wanderers awaited them in the play-off semi-final, with a pulsating encounter seeing Weymouth lose a two-goal lead, before a stoppage time winner from Yemi Odubade sent Mark Moseley’s men through 3-2 at their Bob Lucas Stadium.

All that stood between them and a return to the National League for the first time in eleven years was a play-off final against Dartford.

Due to finishing the regular season ahead of the Darts, Weymouth again had home advantage for the tie, and that proved to be enough, as they secured promotion in dramatic circumstances on penalties, after a 0-0 draw, with Dartford missing all three of their spot-kicks.

The Terras were dealt a heavy blow on their return to non-league’s top-flight, as Mark Moseley, the mastermind of those back-to-back promotions, left the Clubto become manager of League Two Southend United.

Coming in to replace him was former Doncaster Rovers midfielder Brian Stock, previously a coach at AFC Bournemouth’s academy, for what is the 38-year-old’s first senior managerial appointment.

Baggie, their top scorer in the League last season with ten, has also departed for pastures new, signing for Eastleigh, whilst they lost the services of on-loan Bournemouth defender Sam Sherring, who has since joined Torquay.

Notable incomings have included striker Cody Cooke from St Mirren, who scored in the Terras only win this season against Kings Lynn, whilst Sean Shields has joined from Ebbsfleet United.

They have also made the move to sign Brazilian winger Alefe Santos, who scored a screamer against County last season for Aldershot, in their 2-1 win at Edgeley Park.