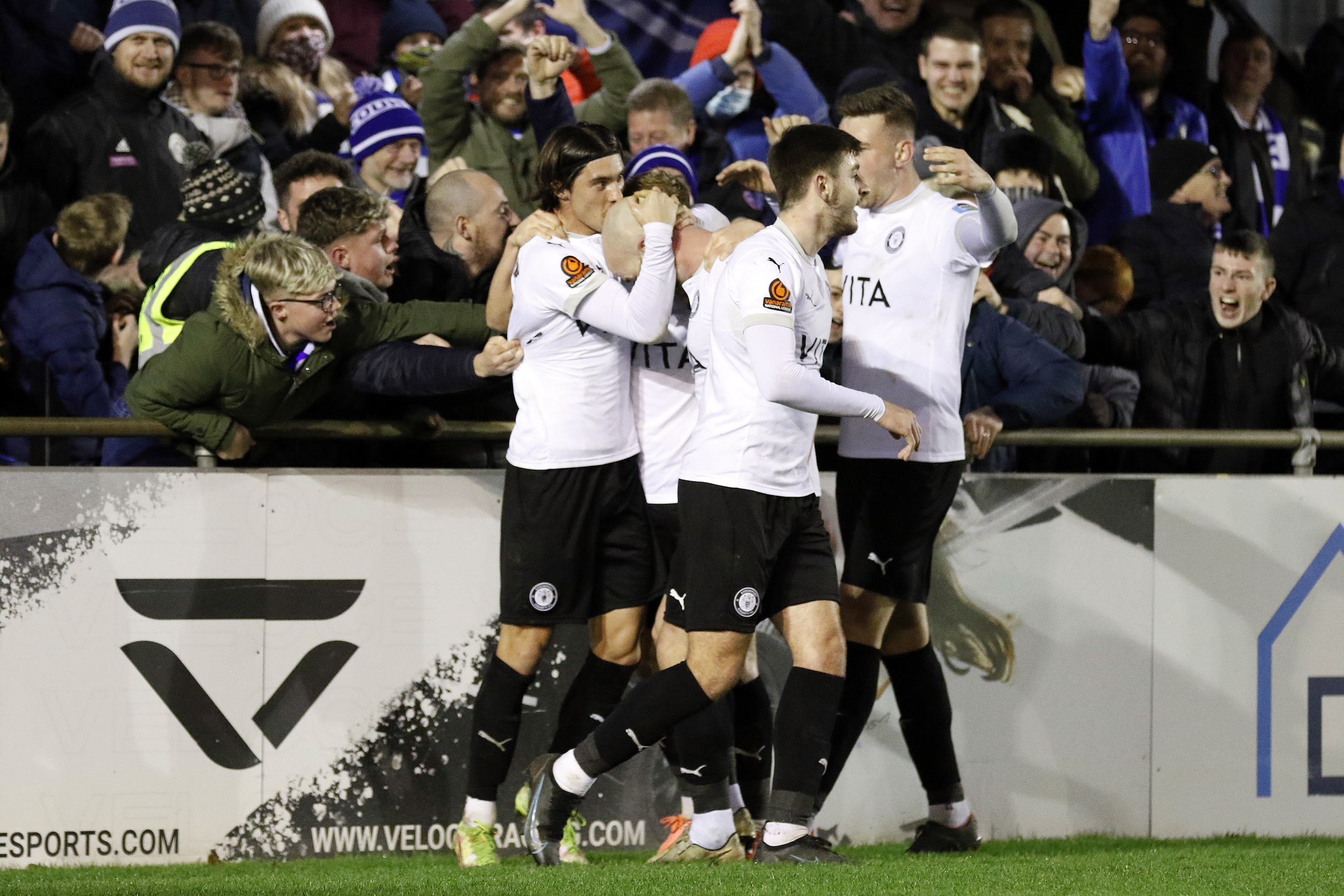 Third place County face a big test of their promotion credentials this weekend, as we play an in-form Dagenham & Redbridge side also pushing for promotion, live on BT Sport.

Tuesday night’s comfortable 3-0 win over Eastleigh at Edgeley Park was our sixth win in a row in all competitions, four of them coming in the National League, and saw us climb into the top three for the first time this season.

Due to the later kick-off time of 5.20pm, we are likely to have dropped down the table by the time we get underway, but three points at Victoria Road would move us six points clear of Dagenham with a game in hand and more importantly, keep the pressure on Chesterfield and Halifax at the top.

The Daggers are on a fine run themselves recently – seven unbeaten in al competitions, into the last 16 of the FA Trophy and with four wins in their last five league games. Their last National League match saw them recover from going 2-0 down early on against Torquay to claim a point, thanks to goals from Josh Walker and Angelo Balanta.

They now sit seventh in the league standings, three points behind County, and will know a win would take them back above us in the table. A loss, however, could see them finish the weekend outside the play-off places should Wrexham take something from their game away at Yeovil.

Dagenham were fully deserved winners when these two sides met on opening day, recovering from conceding an early John Rooney goal to emerge 3-1 winners at Edgeley Park in a frustrating start to the season for the Hatters.

That game was the beginning of an impressive start to the campaign for Daryl McMahon’s side who, having finished last season in fine form, picked up where they left off to emerge as the early pace setters in the division.

Five wins and a draw in their opening six games had them top of the table in September whilst scoring goals for fun – their 45 goals so far this season make them the top scorers in the division.

Their form suffered a dramatic dip throughout October and November however, which just three wins from 12 games in the league, including eight defeats, seeing them plummet out of the play-off places.

Whilst having no problem finding the net at one end, the Londoners have had a problem keeping them out at the other end – their 29 goals conceded is the most of any team in the top 11 in the National League, with their games usually providing plenty of entertainment.

They’ve started to rediscover their best form in recent weeks though, with wins against Grimsby, Aldershot and Dover twice over the festive period putting them firmly back in the promotion picture.

As Dave Challinor mentioned in his post-match interview on Tuesday night, Dagenham carry threats from all over the pitch with the goals being spread throughout the team. Forward Angelo Balanta is their top scorer in the league so far with eight, whilst Summer signing Josh Walker has chipped in with seven.

Last season’s top scorer Paul McCallum had scored six by the end of September, but injury problems since then have limited him to just four appearances since then, and it is unclear whether he will be involved or not at the weekend.

Colombian Angelo Balanta is now in his fourth season at the Club, having joined from Boreham Wood in 2018.

Despite suffering an injury against County on opening day that kept him out for over a month, the creative forward has found his form in recent weeks with eight goals in his last league 11 appearances – just four behind last season’s tally of 12.