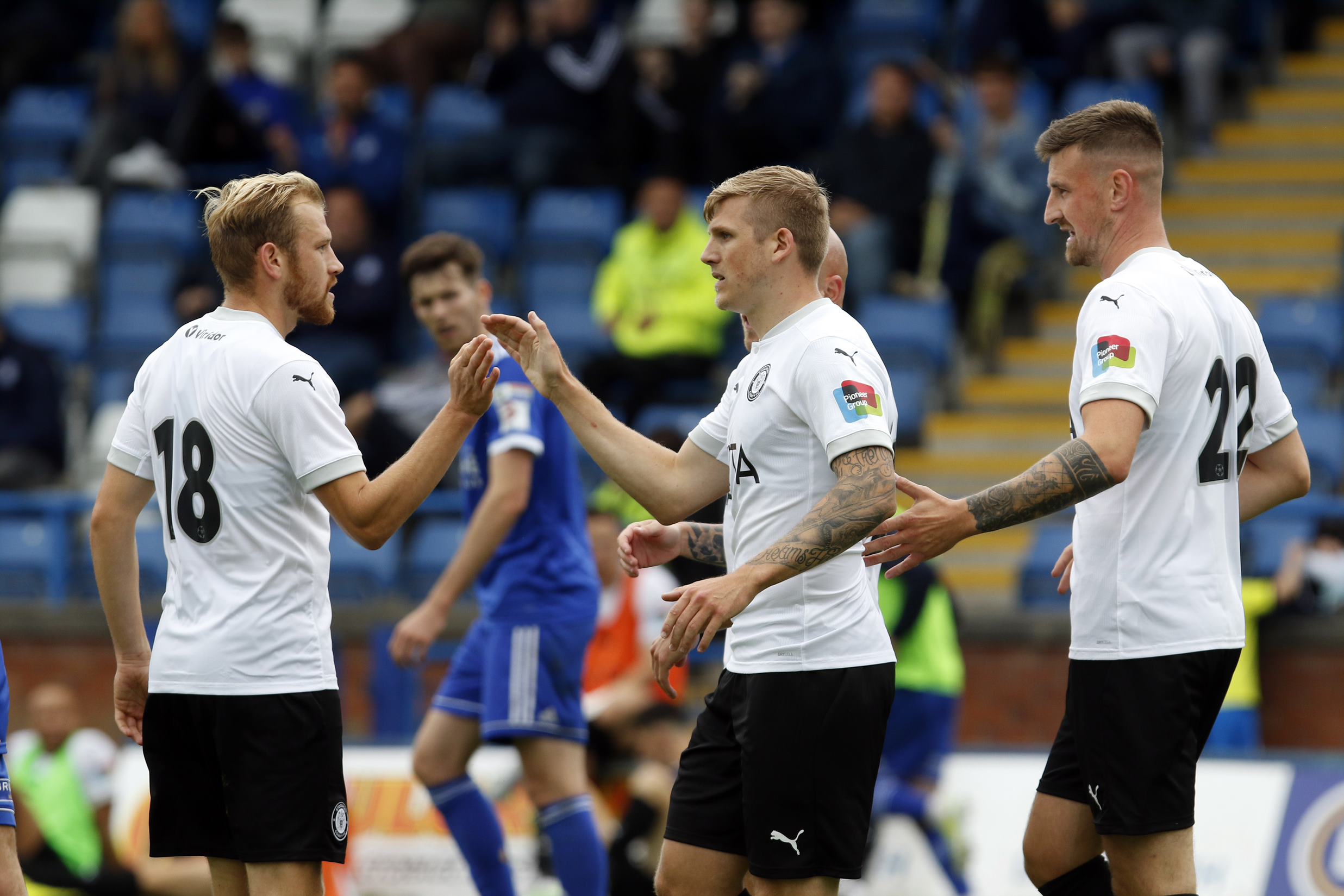 Having made a much needed return to winning ways on Tuesday night at Maidenhead, County will be looking to build on that this weekend as we travel to The Shay to take on former Football League rivals FC Halifax Town.

That richly deserved win down in Berkshire in midweek saw County climb back into the top half of the table, currently sitting in 10th place and one point from the play-off places. A victory on Saturday would see us climb above the Shaymen in the table, and could see us end the day as high as sixth should other results go our way.

Halifax meanwhile showed plenty of fight and determination in their last game to come from behind to claim a 2-2 draw at the then league leaders Boreham Wood, thanks to a late goal from the in-form Billy Waters. That point on the road leaves them sixth after six games, and six points off the top of the National League table.

Tickets for this game will only be available for supporters to buy on the gate, with only cash payments accepted on the turnstiles. Click here for more information.

Having overachieved somewhat during the 2019/20 National League season, finishing in the play-off places despite being named as one of the favourites for relegation at the start of the season, last season proved to be another largely successful one for Pete Wilde’s Halifax Town.

Despite losing some key players that Summer, and a slow start that saw them win one of their opening nine games, the Shaymen once again recovered and spent most of the campaign challenging in and around the play-off places under the former Oldham Athletic manager.

A 3-0 victory over Yeovil Town in May left the side 5th in the National League table with just four games left to play. Unfortunately for the West Yorkshire side though, they lost three of those remaining four, to Boreham Wood, Dagenham and Chesterfield, with that final day defeat at home to the Spireites seeing them miss out on the play-offs altogether, finishing 10th.

It was a disappointing end to a season that promised so much for Halifax, and they were dealt a further blow over the Summer after again seeing some of their key players depart for pastures new.

Right-back Jeff Kind, named in the National League Team of the Year, left to join Chesterfield, top scorer Jake Hyde moved to Wrexham for an undisclosed fee, whilst defender Neill Byrne and star midfielder Jack Earing have signed for Hartlepool and Walsall respectively.

Amongst the signings brought in to replace them are two very familiar faces to County fans. Promotion hero Matty Warburton has joined after leaving Northampton Town, and has played every game for them so far this season, whilst midfielder Harvey Gilmour, who spent last season at Edgeley Park, has also made the move to the Shay.

There’s no doubting which new signing has had the biggest impact so far though – step forward Billy Waters, the forward signed from Torquay United on a free transfer.

The striker has been a revelation so far at his new club, scoring five goals in his first six appearances, only one less than he managed in 30 appearances for Torquay last season. Only Kabongo Tshimanga and Joe Sbarra, both with six, have scored more in the National League so far this campaign.

Those goals have played a key role in Halifax’s strong start to the new season. Despite a disappointing defeat at home to Maidenhead on opening day, having won three, drawn one and lost one since then.

More recently, Southend were comfortably swept aside 3-1 at The Shay before they came back to claim that impressive point away at high-flying Boreham Wood to leave them in a good position going into this big National League clash.