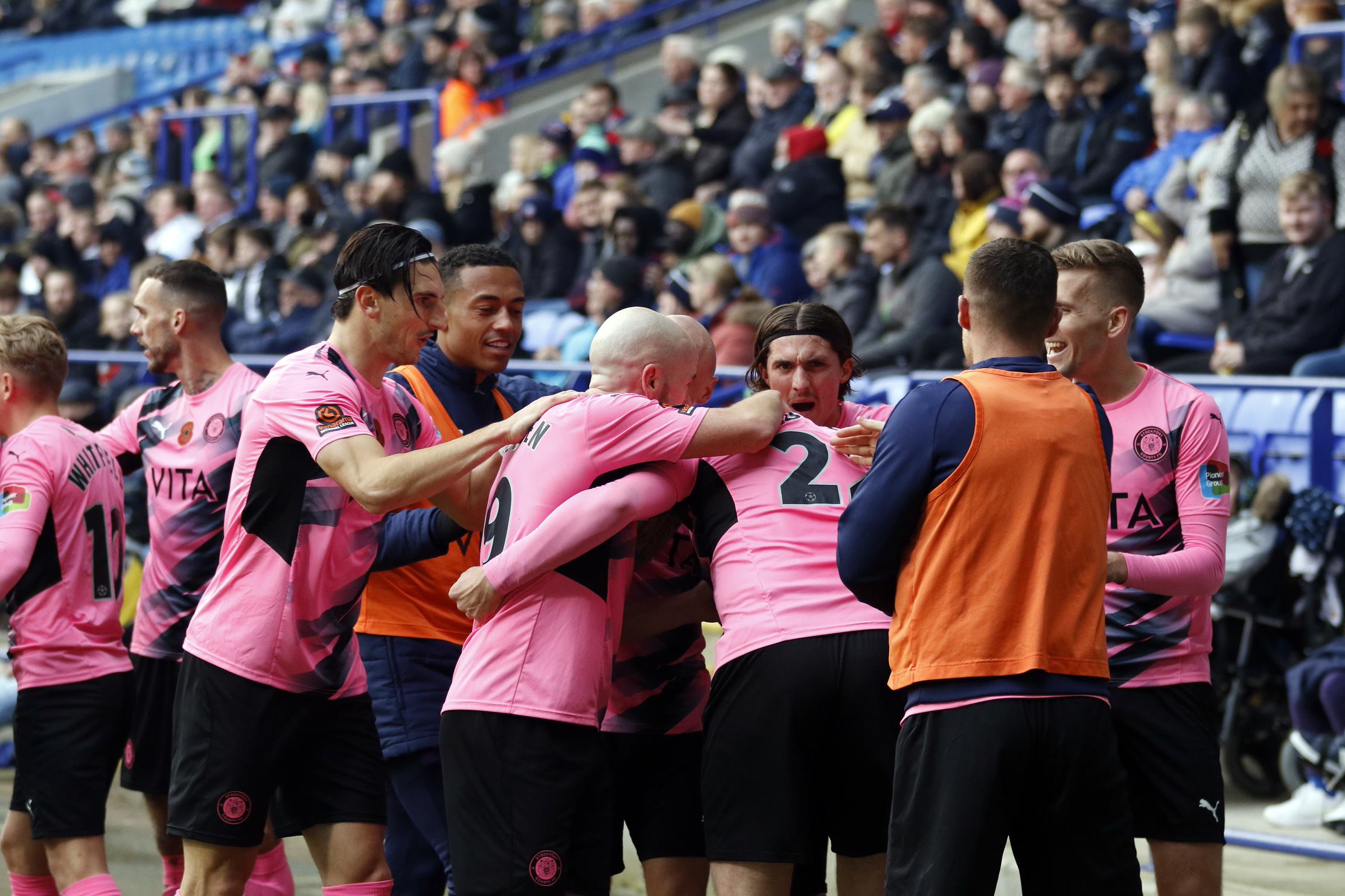 With the play-off places firmly in our sight, County make the trip down to North London this weekend, looking to continue our recent winning run against an in-form Wealdstone side.

Tuesday night’s 5-0 demolition of King’s Lynn on Tuesday night, capped by that Connor Jennings goal in stoppage time, made it three straight wins in all competitions for County, and extended Dave Challinor’s unbeaten run as boss to five games.

Those three points lifted us above Dagenham and Redbridge and into 9th place in the league table, still two points off the top seven, and nine off leaders Chesterfield, but with a game in hand.

Another positive result this weekend could see County finish the day as high as sixth in the table should other results go our way, with four of the sides above us in the league facing each other too.

Wealdstone meanwhile followed up a surprise point away at Wrexham by winning at basement side Dover on Tuesday night, to continue an impressive unbeaten run over the last five games that has lifted them up to 15th in the table.

To book your ticket for the game today, click here.

Last season was Wealdstone’s first back in the top flight of non-league for 32 long years, after the club were awarded the National League South title on points-per-game in 2020 under then manager Dean Brennan.

The Stones made a fantastic start to life back at this level too despite not winning any of their first three, as a five game winning run, including victories against Wrexham, Chesterfield, Altrincham and Halifax, to leave them second in the table after eight games.

The North Londoners, perhaps riding the crest of a wave at the time on the back of that promotion were unable to continue that early season momentum – they would only win five more games for the rest of the campaign, as a run of just one win in 14 saw The Stones sink dramatically towards the bottom three.

During that run, manager Brennan resigned from the club after two years in charge at Grosvenor Vale, just a month after turning down a job offer at Barnet – where he is currently the interim manager. His assistant, Stuart Maynard, was appointed as his replacement.

Like many other clubs in the second half of last season, with the threat of relegation removed and perhaps one eye already on the 2021-22 campaign, the side struggled for form as Maynard won just four of his first 24 league games in charge, eventually finishing in 19th.

They were hindered last season by having the worst defensive record in the National League, conceding 99 times in total, with defeats including a 7-2 loss to Hartlepool, a 6-0 defeat at home to Maidenhead and conceding five to Dagenham.

That appears to have been one of the biggest changes for Wealdstone over the Summer though, with the side seemingly much more difficult to break down – letting in 21 goals in total, and just six goals in their eight home games so far – the fourth best defensive home record in the division.

Striker Josh Umerah, a summer signing from Torquay United, has chipped in with seven goals already this season to bolster their ranks up front too. Despite a slow start that saw them win two of their first 11, that recent five-game unbeaten run, which included a 1-0 win against promotion contenders Grimsby, has opened up a ten point gap between themselves and the relegation zone.