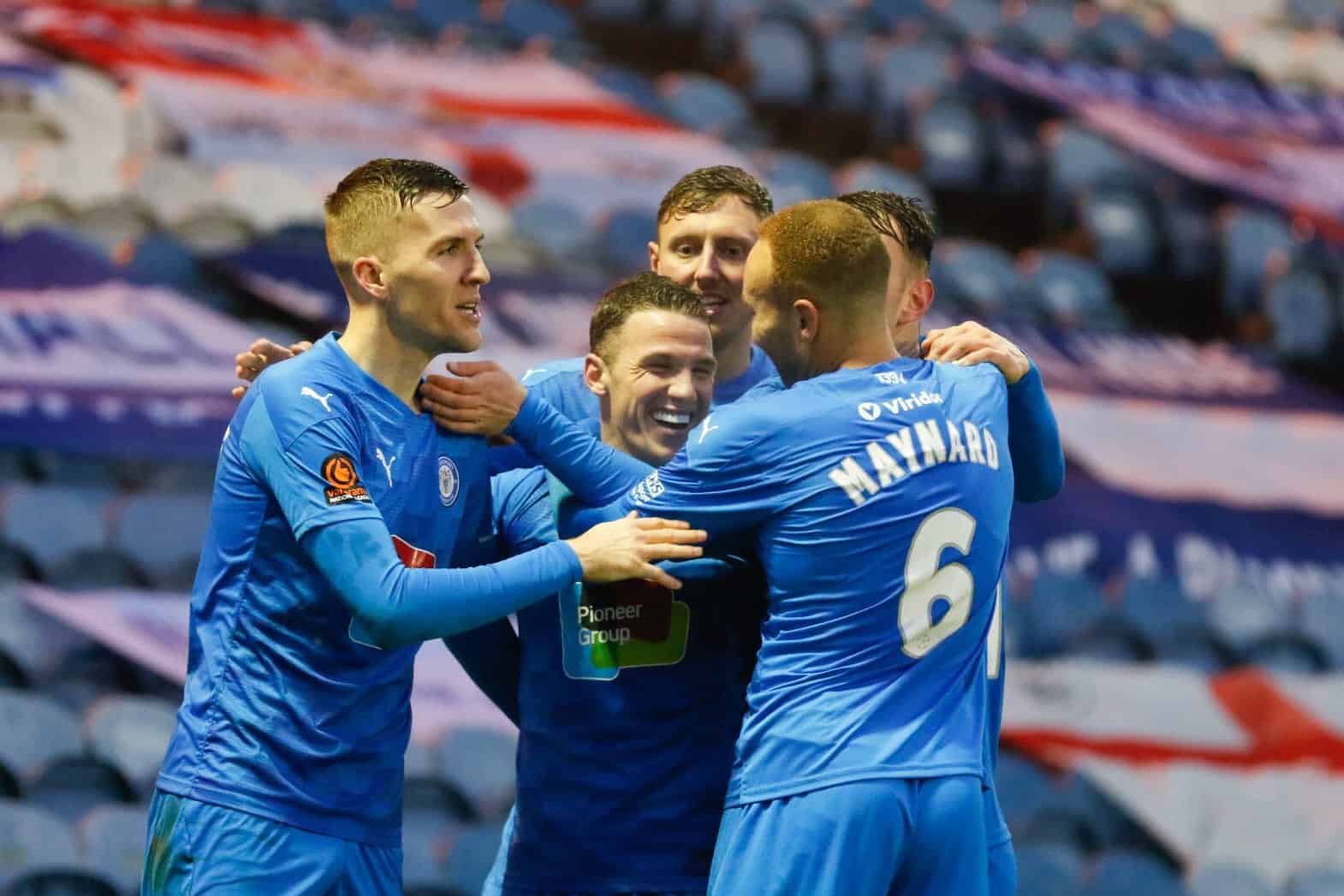 The Hatters got the new year under way by completing their festive double-header against Altrincham, and, as had been the case a week previously, ended up sharing the spoils with their Cheshire near-neighbours.

An early goal from Alex Reid, followed by a memorable second-half strike by the returning John Rooney, looked to have put County on course for all three points, but two strikes in quick succession saw the visiting ‘Robins’ back on terms during an improved performance after the break.

The match also marked the 500th occasion on which Jim Gannon was taking charge during three spells as manager, 15 years to the day after assuming the reins for the first time against Cheltenham in League Two.

With fewer than five minutes on the clock, the afternoon’s first action of note saw County take the lead, after Macauley Southam-Hales ran on to the right by-line and crossed for Reid to execute a fine first-time finish.

Visiting goalkeeper Tony Thompson did well to save ‘Alty’ from further early punishment – parrying Rooney’s short-range attempt, as well as one from distance by Reid – and Ryan Croasdale had the ball in the net after 13 minutes, after heading home a deflected Reid shot, only to be ruled offside.

Thompson continued to be busy – palming away another dangerous Southam-Hales delivery from the the right, and tipping around the right post a well-struck low shot by Rooney – as more snow began to fall briefly, with County still in control.

The visitors, for their part, created little by way of clear-cut chances before the break, although Yusifu Ceesay, who had scored Alty’s Boxing Day goal at Moss Lane, caused a moment of consternation in the six-yard box after charging down Ben Hinchliffe’s clearance.

Neither the opening goal’s creator nor its scorer reappeared after half-time, as Southam-Hales and Reid were replaced upon the re-start by Sam Minihan and Jordan Williams, respectively.

But the inaugural chance of the second half, like that in the first, saw the Hatters find the net – and in some style, as Rooney, from 25 yards out, produced an exquisite chip that struck the underside of the crossbar before crossing the line to double the advantage.

Ritchie Sutton headed a Dan Mooney corner from the left wide of the far post, as the visitors strove to reduce their deficit. And, with 20 minutes remaining, they succeeded in doing so – after good work on the left by ex-Hatter Connor Hampson led to Cessay’s conversion from close range at the second attempt.

Within another five minutes, Alty drew level – courtesy of Ryan Colclough’s low drive from outside the box that ricocheted off the left upright and into the net.

Rooney and Lois Maynard fired shots over, whilst, at the other end, Altrincham earned a couple of late corners, before Hinchliffe saved superbly from substitute Tom Peers in added time to keep honours even.

Man of the Match: Rooney.