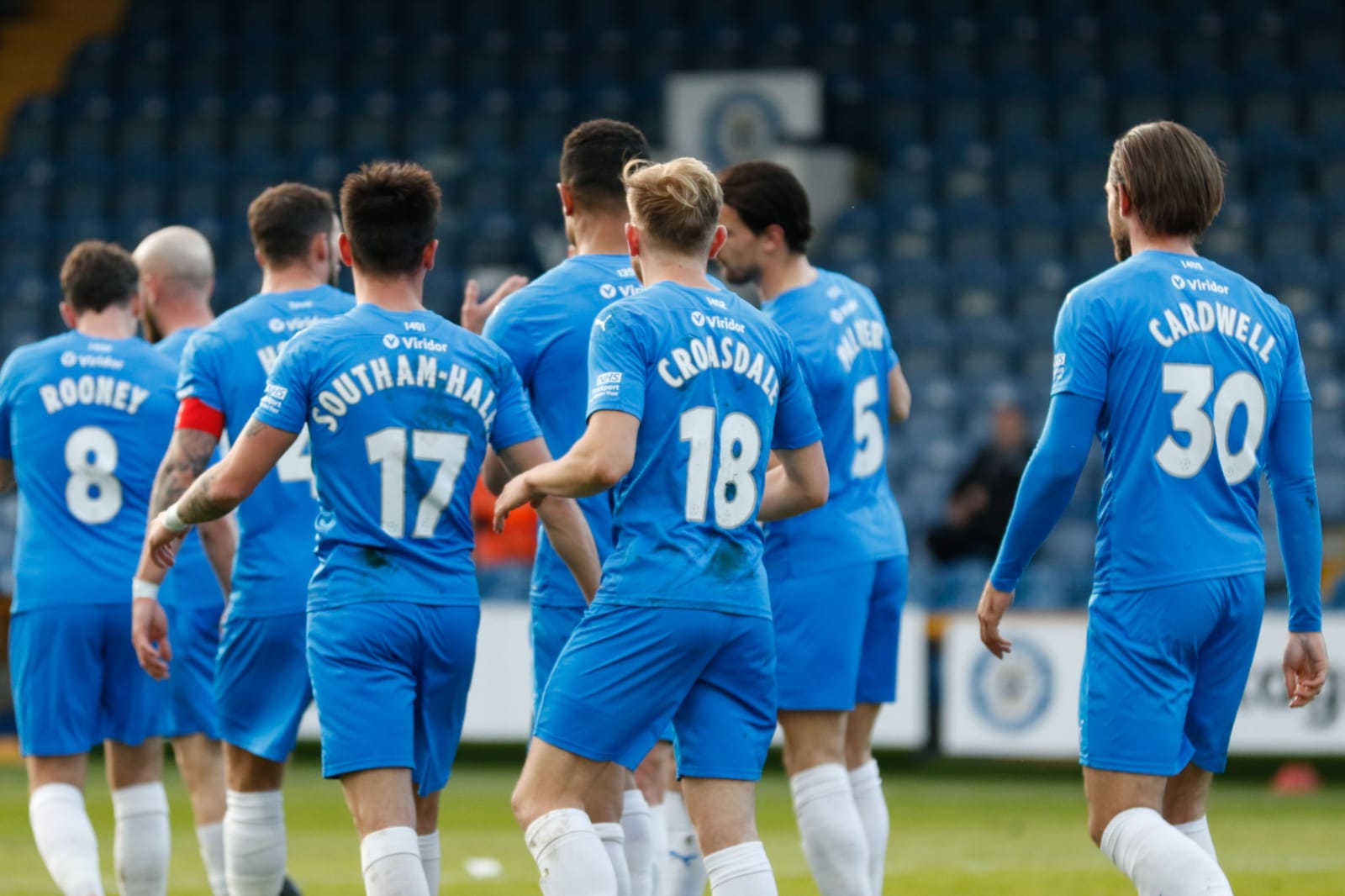 The Hatters’ inaugural meeting with King’s Lynn Town saw them notch up a second successive victory, as well as a hat-trick of clean sheets in eight days, to remain fourth.

Leading scorer Alex Reid put County ahead at Edgeley Park early on, before a goal following the break by John Rooney – who, minutes earlier, had seen his penalty saved – and a brace from Paddy Madden yielded a first National League four-goal haul of the season for the Hatters that keeps them in the promotion hunt.

Simon Rusk fielded an unaltered line-up from that which had started at Wrexham three days earlier. There was one change on the County bench – with Jordan Williams featuring in the match-day squad for the first time in just under two months, after being named as a substitute in Lois Maynard’s stead.

The visitors’ starting line-up, for its part, included recently-arrived midfielder Ethan Coleman, who had played for the Hatters as a trialist during the 2020 close season.

Sonny Carey, who had netted for the ‘Linnets’ at the weekend against Chesterfield, unleashed the first shot of the evening after a couple of minutes – drilling a low shot from outside the County area that Ben Hinchliffe dived to smother.

The Hatters had to wait a further 10 minutes for their first chance of note – but when it arrived, they went extremely close, with Madden’s header from a Tom Walker cross on the left being brilliantly tipped against the crossbar by visiting goalkeeper Theo Richardson.

Only a minute later, however, County went one better to take the lead. Reid instinctively flicked on, and over Richardson, a Madden volley from the edge of the box, before finishing off the job with a header home for his third goal in two games.

Reid then glanced another header wide of the far post, after connecting with a Macauley Southam-Hales cross from the right. But Lynn, playing freely on the counter-attack beyond  the half-hour, began to cause County some concern at the other end – with Alex Babos, having been teed up by Carey, seeing his shot deflected just over the bar by Ash Palmer.

The visitors also created the first opportunity of the new half, when Michael Gash played in his Christian-namesake – skipper Clunan, who skewed the ball wide of the right post.

County, meanwhile, earned three corners in as many minutes – with Clunan’s opposite number Liam Hogan heading the third of them, delivered by Southam-Hales on the left, across the goalmouth and just beyond the far upright.

Just ahead of the hour, Southam-Hales was brought down by Coleman to win a penalty for the Hatters – but Rooney, who had scored from the spot at Wrexham, saw his kick kept out on this occasion by the legs of Richardson.

Not that Rooney had long to stew about his miss, mind. For just five minutes later, he picked up the ball from Richardson, and took a touch before letting rip with an unstoppable thunderbolt to double County’s advantage.

Within another half a dozen, it was three – as Madden powered in a header from a corner by James Jennings on the right. And Madden bagged his second, and the Hatters’ fourth, courtesy of another header that he put away from close range after connecting with Walker’s deep cross from the opposite flank.

Man of the Match: Madden.