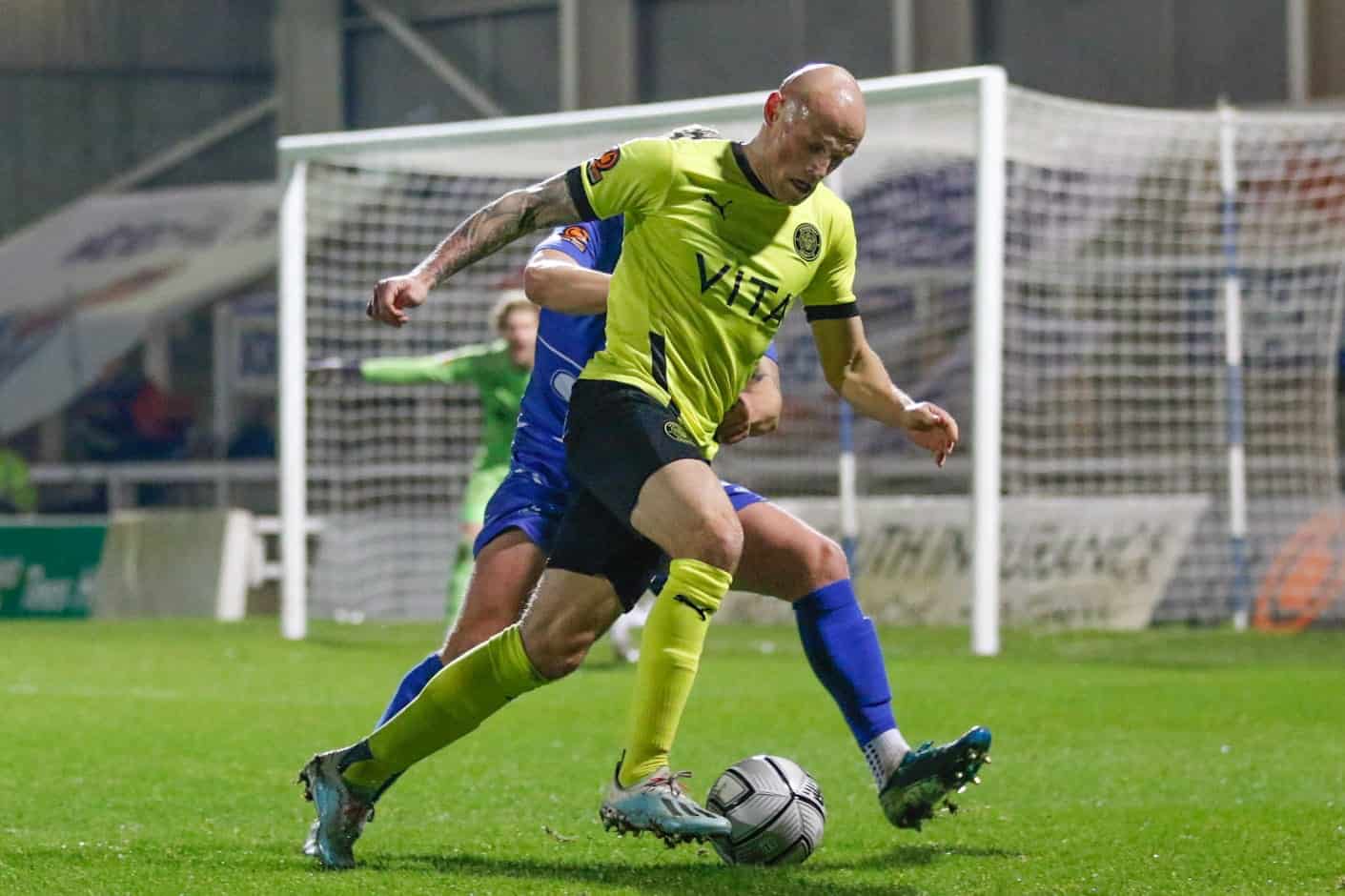 County fell to a heavy 4-0 defeat at Hartlepool United on Tuesday evening on a bizarre night at Victoria Park, in which The Hatters were reduced to nine men.

An unfortunate Richie Bennett own goal made it two for the hosts just after half-time, before Armstrong made it three with a close-range finish and then doubled his tally in the final minute – whilst County’s John Rooney was shown a second-half red card for dissent.

Boss Jim Gannon made just one change from the side which started in a narrow defeat at Notts County last week in The Hatters’ last league outing, as Ryan Croasdale replaced Lois Maynard in the centre of the field.

Macauley Southam-Hales and Harvey Gilmour both earned a place in the matchday squad after impressing in Saturday’s FA Trophy win over Guiseley, whilst Jamie Stott returned to the squad for the first time in league action since Halloween.

Oates haunted his old club inside the opening ten minutes when the forward was afforded too much space to drive from deep and drill home past Ben Hinchliffe off the inside of the post.

Alex Reid looked to respond for County when his low effort from Richie Bennett’s cross was deflected wide at the near post, but things went from bad to worse for the visitors when Palmer was contentiously dismissed for a high boot on Armstrong.

County naturally struggled to get a foothold in proceedings for the remainder of the half, with Armstrong going close to doubling the lead when he flicked Gavin Holohan’s cross inches wide of the far post.

After rarely being afforded the opportunity to venture out of their own half for much of the first half following the dismissal of Palmer, County almost found a leveller when Liam Hogan met Jordan Williams’ in-swinging free-kick and produced a point-blank save by Ben Killip – although the offside flag then belatedly went up for offside.

County were dealt a further blow just two minutes after the break though, when Ryan Johnson’s in-swinging cross from the Hartlepool right cannoned off the back of Richie Bennett and flew past a helpless Hinchliffe to double the hosts’ lead.

With County reeling, Luke Armstrong made it three as he converted Rhys Oates’ deflected strike just a minute later to make it three for Hartlepool.

Armstrong almost made it four amidst a rampant Hartlepool flurry seconds later when his low drive from the edge of the area was parried away by Hinchliffe, but things remarkably got even worse for County when John Rooney was dismissed for dissent.

The nine in yellow did make it throughout the remainder of the tie without any further damage dealt to the scoreline, until Armstrong doubled his personal tally in the final minute with a strike from inside the area.