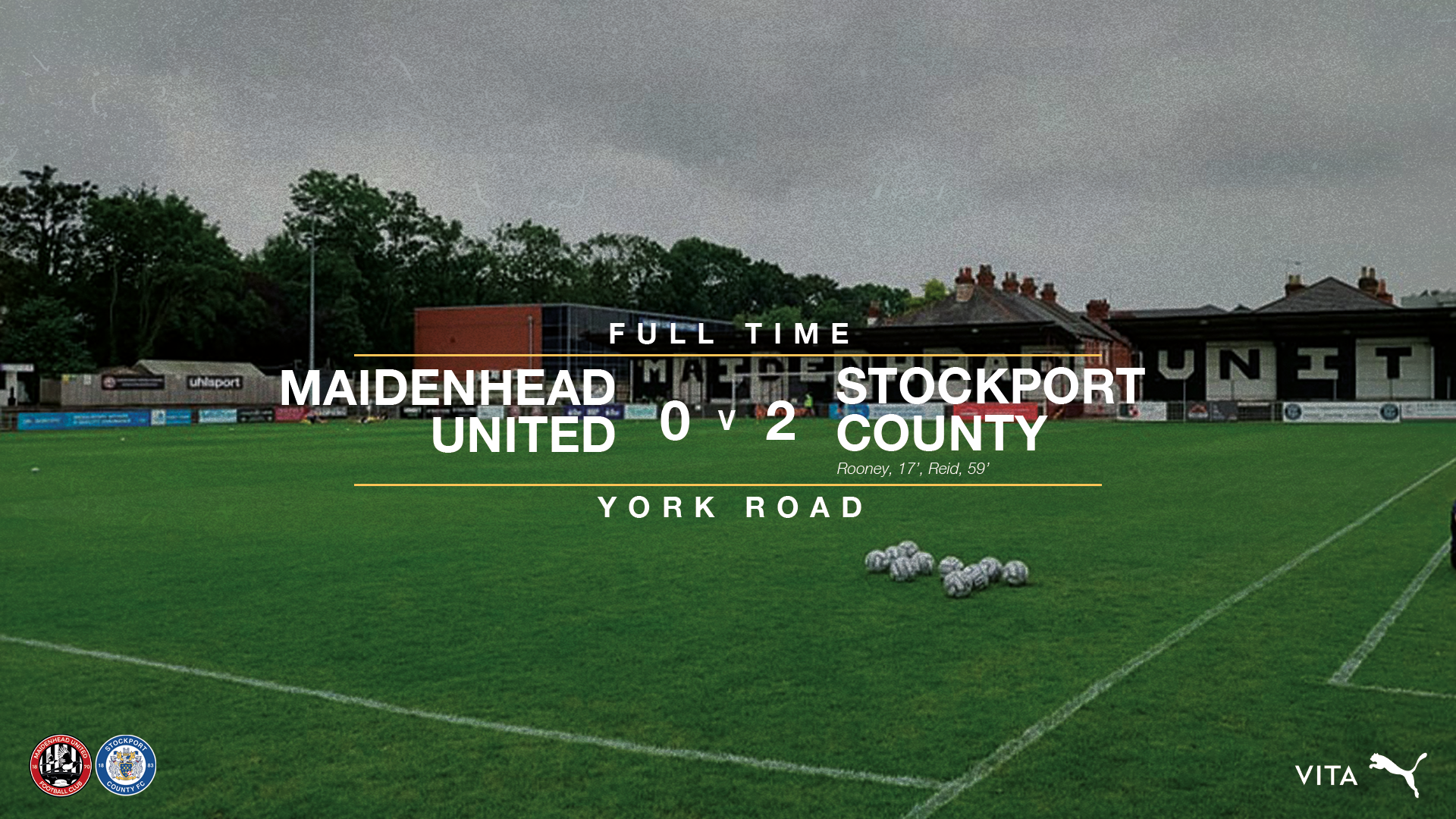 County bounced back from defeat to Yeovil at the weekend by chalking up a second away win of the campaign on Tuesday evening, as goals either side of the break from John Rooney and Alex Reid gave Simon Rusk’s men a comfortable 0-2 win at York Road.

Rusk opted for three changes from the side which fell to that disappointing 0-3 loss at Edgeley Park on Saturday, as Mark Kitching made his long-awaited return from injury to replace Ben Whitfield, whilst Will Collar and Zeki Fryers replaced Arjan Raikhy and the suspended Ash Palmer respectively.

Alex Reid, who looked lively throughout the first half, went closest for the visitors early on as his half-volley flew over the crossbar from a John Rooney knockdown.

County looked increasingly confident as the first half progressed, with Paddy Madden stinging the palms of James Holden from a fizzing drive, before Ben Barclay went close from the resulting corner, and Reid bundled wide from an awkward angle soon after.

County’s pressure soon told however, as an impressive counter-attack involving Madden, Reid and Will Collar eventually saw Collar burst into the area from deep and tee up John Rooney to slam home his third of the campaign.

The evening became more difficult for the hosts soon after, as Remy Clerima received his marching orders following a stamp on Will Collar, with the referee’s assistant instantly flagging the incident to see the hosts down to ten men for the remaining hour at York Road.

Alan Devonshire’s side did make it into the interval without any further damage to the scoreline despite conceding the numerical advantage to The Hatters – although skipper Liam Hogan did go just mere inches away from doubling the lead instantly after the break, when he almost met Rooney’s in-swinging free-kick.

Rusk’s side soon had their second of the evening, however, when Alex Reid got a goal which his work on the night fully merited.

Mark Kitching, so impressive on his return to the side, whipped a corner in from the right with Reid on hand to nod past a helpless Holden.

From there, County pushed to increase their lead, with Rooney thundering a screamer mere inches wide of the upright from long range, before Paddy Madden came agonisingly close to opening his account for the season when he struck the post from a Will Collar cross.

With Maidenhead’s race looking very much like it was already run on the night, home stopper Holden then received The Magpies’ second red of the night when he wiped out Alex Reid on the edge of the penalty area.

Midfielder Ryan Upward took the gloves in the absence of a replacement goalkeeper, but Devonshire’s side did manage to see out the remaining minutes – plus seven additional minutes – without any further change to a welcome scoreline for Simon Rusk’s Hatters on the road.