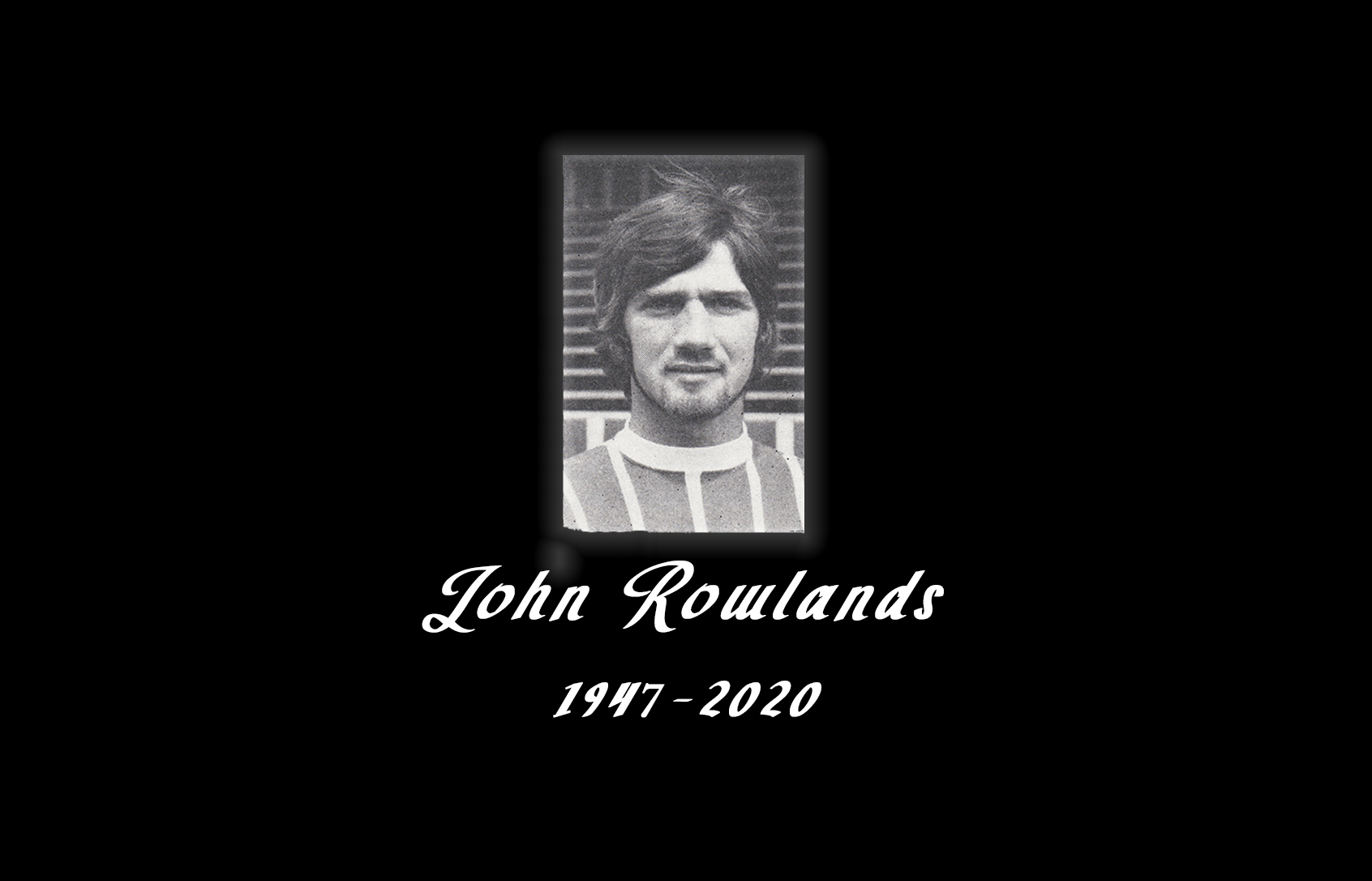 Everyone at Stockport County send their condolences to the family and friends of our former centre-forward John Rowlands, who has died after contracting coronavirus at the age of 73.

Liverpool-born John began his football career with non league Marine and Skelmersdale, before he was signed by Mansfield Town as an amateur in October 1967 following a month-long trial.

He made 13 appearances for The Stags in Division Three during the 1967/68 season before leaving to join Torquay United in the following summer. He made 20 appearances at Plainmoor scoring five goals, before being loaned out to local rivals Exeter City for a single game.

John’s football career took him around the world and his first sojourn overseas was in February 1969, when he left to go to South Africa to play for Cape Town City.

With County starting the 1969/70 season with only eleven fit professionals, a portent for a disastrous campaign, the club were pleased to sign John in August 1969 and he immediately made his debut ten days later versus Barnsley at Oakwell.

John was a combative centre-forward, strong in the air and able to lead the line. He combined well with winger Hughie Ryden and his style is captured in the photographs taken during that season. In a difficult campaign that saw County relegated to the Fourth Division, John finished as the leading scorer with nine goals in 39 appearances.

At the start of the 1970/71 season, under new manager Matt Woods, John suffered knee ligament damage in a League Cup game against Preston North End and was sidelined for four weeks.

He struggled to get back into the team and in Oct 1970 the club said that they were open to offers for him.

John returned to the team for a spell of seven games in November and December 1970, including the FA Cup defeat to Grantham Town. He played his final game for the Hatters at Sealand Road against Chester on Boxing Day 1970. He had played 12 games and scored three goals. It was felt that his style did not fit that chosen by Matt Woods at the time.

County accepted a fee of £2,000 from Barrow in January 1971, with the Bluebirds at the bottom of the Football League and desperately trying to retain their status. They finished last in the 1970/71 season where John could only score one goal in a struggling side.

The 1971/72 season was ironically better with John scoring five goals, as Barrow finished third from bottom, only to suffer the agony of being voted out of the Football League – it is worth remembering that County finished second from bottom in that same season!

With all Barrow playing contracts reverting to the Football League, John moved to local rivals Workington and then two years later moved to Crewe Alexandra.

At the end of the 1974/75 season he joined a number of other English professionals in moving to the USA to play in the North America Soccer League (NASL) where he joined the Seattle Sounders. John scored the first ever goal in their franchise history.

Never a prolific goal scorer in England, John’s ratio improved in America where he scored 19 times in 41 games over the following two seasons. In Sept 1975, he then returned for his final appearance in the Football League when he joined Hartlepool United and scored eleven goals in 54 appearances.

John then headed back to the USA in April 1976, to join the San Jose Earthquakes. He spent the next five seasons playing for the Quakes, the Oakland Stompers, Tulsa Roughnecks and finally the Phoenix Fire (in the then ASL), before retiring from the game.

He remained in the USA where he opened a number of bars and restaurants in Florida, including the St Andrews Tavern in Orlando, which remains to this day one of the most popular and successful English bars in the area. When he finished in this business he returned to the UK with his wife Dot.

John was an “old school” centre-forward with more skill than he was credited. He plied his trade in the lower divisions at less glamorous clubs, mostly at the wrong end of the table, but was known to always earn his money and work hard. Never prolific, but always reliable, he was well thought of wherever he played. He finished his career in the USA where he shared pitches with superstars such as George Best. He had earned that right.

The thoughts and prayers of everyone at Stockport County are with his friends and family at this difficult time.