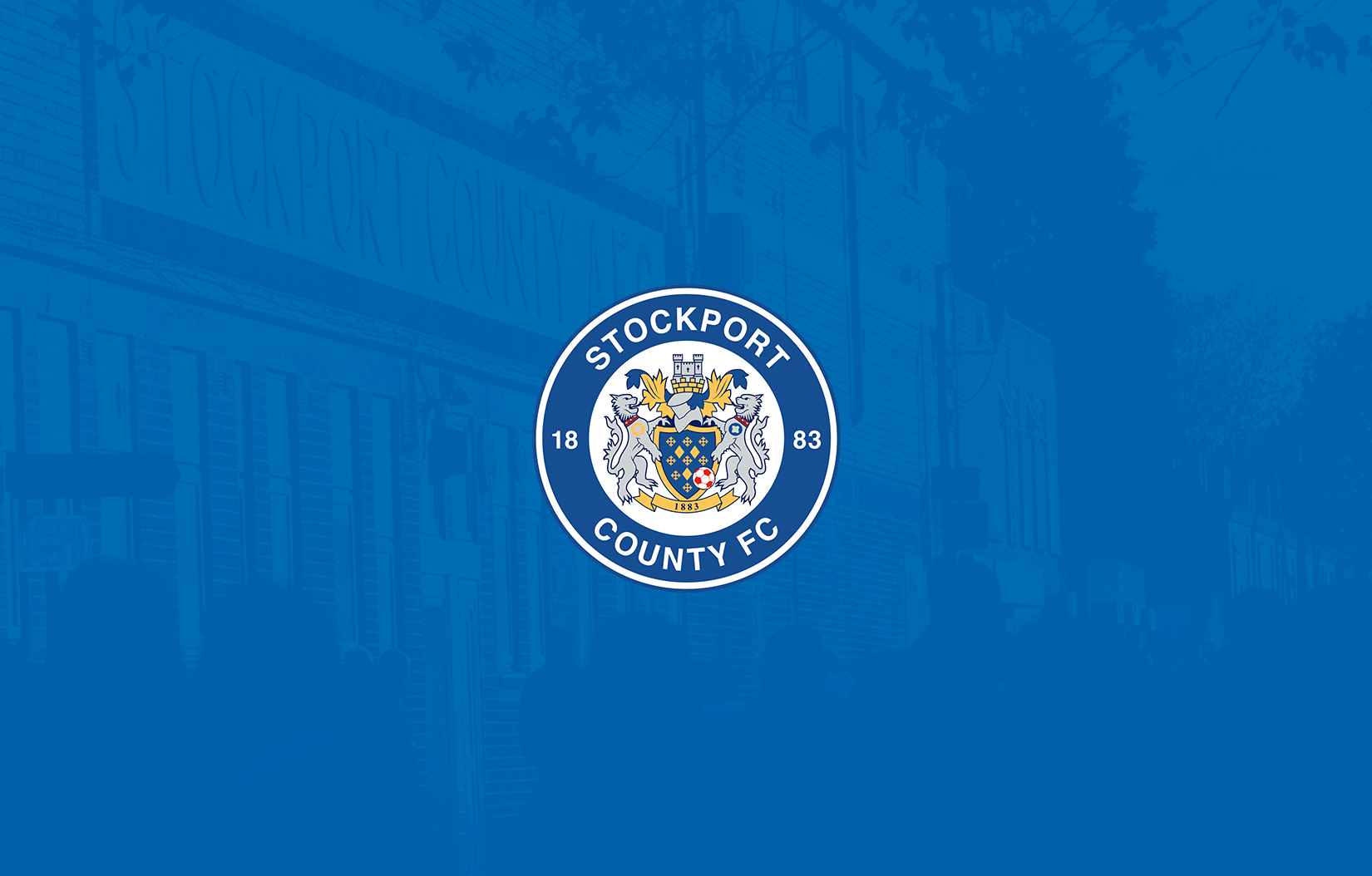 It is great to get back to football management business, and to be able to speak to you publicly about the activities and actions behind the scenes at Edgeley Park. It has been a difficult four months for everyone, but slowly we seem to be stepping out of lockdown and the restrictions placed upon us all. On a personal level I was delighted to come out of Furlough last week, and it was very welcome with the amount of work building up and needing to be done.

During my last statement I referred to the Club having a ‘holding position’ with relation to all contracts. This was necessary, due to so many uncertainties regarding the culmination of last season, current income expectations, and unknown timescales on the new playing season of 2020/2021. As a Club we have now worked through many of the issues, and we seem to now have greater clarity regarding how we move forward.

What has always been very clear, is that under the ownership of Mark Stott and directorship of Simon Wilson, the football side of the Club would look very different from last season. The overall football ambition has been clearly stated, and the work to bring in full-time training to the Club and the supporting professional infra-structure has continued unabated. Alongside that has been a strong determination to build a highly competitive first-team playing squad. Current professional players Liam Hogan, Lois Maynard and Richie Bennett provide a vanguard of the new type of professionals that the Club is looking to recruit and place its trust in.

As a consequence, this off-season will see our greatest transition and turnover of players since my appointment in January 2016. This needs to be managed very carefully. We need to balance investment in new players with ensuring continuity and consistency in our team. Taking that into consideration, the retention of a strong collection of players from the current group was very important to me. As a staff we know them well as people, professionals and players and trust that they are well skilled in our football thinking and process. They are very capable National League players worthy of being in this team, but they can also help ensure a core of stability that can be built around.

I am also mindful, of the importance to our fans that they identify with the players and the team. In the past we have had many times where players were strangers to fans. This interconnection or feeling between the pitch and stands is important for the spirit of any club. It can only really come with shared experiences and emotional engagement. Over the last few seasons nobody can doubt the massive bonds and memories that have been built. They range from small personal touches between individuals to incredible scenes that we have all shared together.

With this in mind, the Club is delighted to announce that Ben Hinchliffe, Ash Palmer, Sam Minihan, Jordan Keane, Adam Thomas and Nyal Bell have all agreed, signed, or set to sign new full-time contracts, securing their futures at Edgeley Park for the forthcoming season.

These players have very much been part of the club’s recent journey and are emotionally invested in its continued progress. They have shown a level of performance that should be truly respected for players who have held down other jobs or higher-level education in what is a full-time professional league. They now have a chance to focus totally on their football craft and that full commitment should surely reap dividends for both them and the Club.

Unfortunately, we cannot take all our players forward. Paul Turnbull and Sam Walker will leave the Club following the expiration of their contracts. It goes without saying that the Club wishes to thank the players for their significant contributions and wish them well in the next chapter of their careers. It has been a desperately difficult decision to let such good people and players go.

Paul was County’s youngest ever player, and the only County player to play in all three different periods of my management of County. He was Captain in our National North Championship season, and last season he led the team in 31 games on our return to the National.

Sam Walker will also be difficult to replace in the changing room or on the pitch. Player’s Player of the year in 2018/2019 which was an incredible accolade in a year of such high achievement. Sam was also instrumental in our return to form, and strong end of season run to a top seven finish. His 29 games last season also brought him over the magic 100 games as a County Player.

The First Team, despite its recent losses, has a very strong backbone with Ben Hinchliffe, Liam Hogan, Ash Palmer. Lois Maynard, Jordan Keane, Richie Bennett and Nyal Bell. Sam Minihan and Adam Thomas also add to this core group by providing strength on the right-hand side of the team.

Developing professionals Alex Curran and Jordan Downing will also provide further depth to the squad. As with the start of last season we need to recruit well on the left hand-side of the team in both defence and attack and the Club is confident of making announcements in that regard in the coming days.

The club is also seeking to add creative attacking midfielders and additional types of attacking players to bring added pace, penetration and goals to the group. This is a critical element of the recruitment and the Director of Football Simon Wilson has taken a strong lead on this, and has devoted an exceptional amount of time to getting the right signings in this area.

It is expected that this season may be a much more intense and competitive than ever, especially if the potential exists for the full amount of games to be condensed into a shorter playing season. The club is looking to build an ideal squad of 20 first team players for the coming campaign. We expect to have 15/16 players at the first pre-season training session on Monday 20th July 2020 and then plan to be at full strength before the start of the season.