The Stockport County 2019-20 Alternate Away Kit! 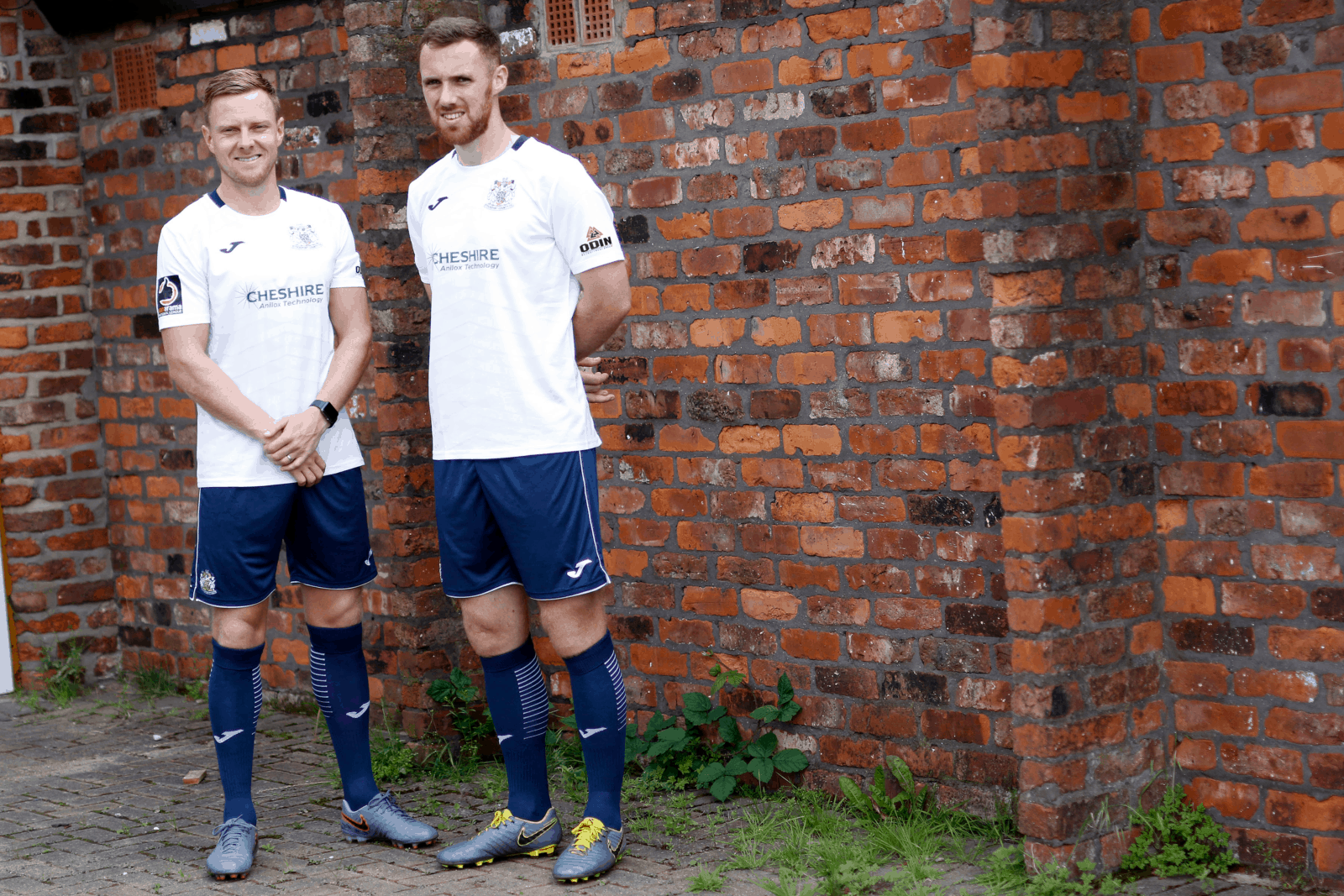 Introducing the Alternate Away Kit for next season!

As worn by the players for the first time in Saturday’s pre-season victory over Curzon Ashton, the Joma kit, sponsored by Cheshire Anilox Technology, features a sleek white patterned design, with accompanying Navy shorts and Socks.

The kit will also feature Samaritans, who have been chosen as the charity to benefit from free sponsorship with the Hatters this season. Samaritans is a unique charity dedicated to reducing feelings of isolation and disconnection that can lead to suicide. Every six seconds, they respond to a call for help – that’s five million calls every year.

The Alternate Kit will be available in all sizes online, and in the Club Shop, from Wednesday 31st July onward.

We can also reveal the first two squad numbers of the season, with Club Captain Paul Turnbull confirmed as County’s number 4, whilst Jordan Keane will don the number 6 for next season.