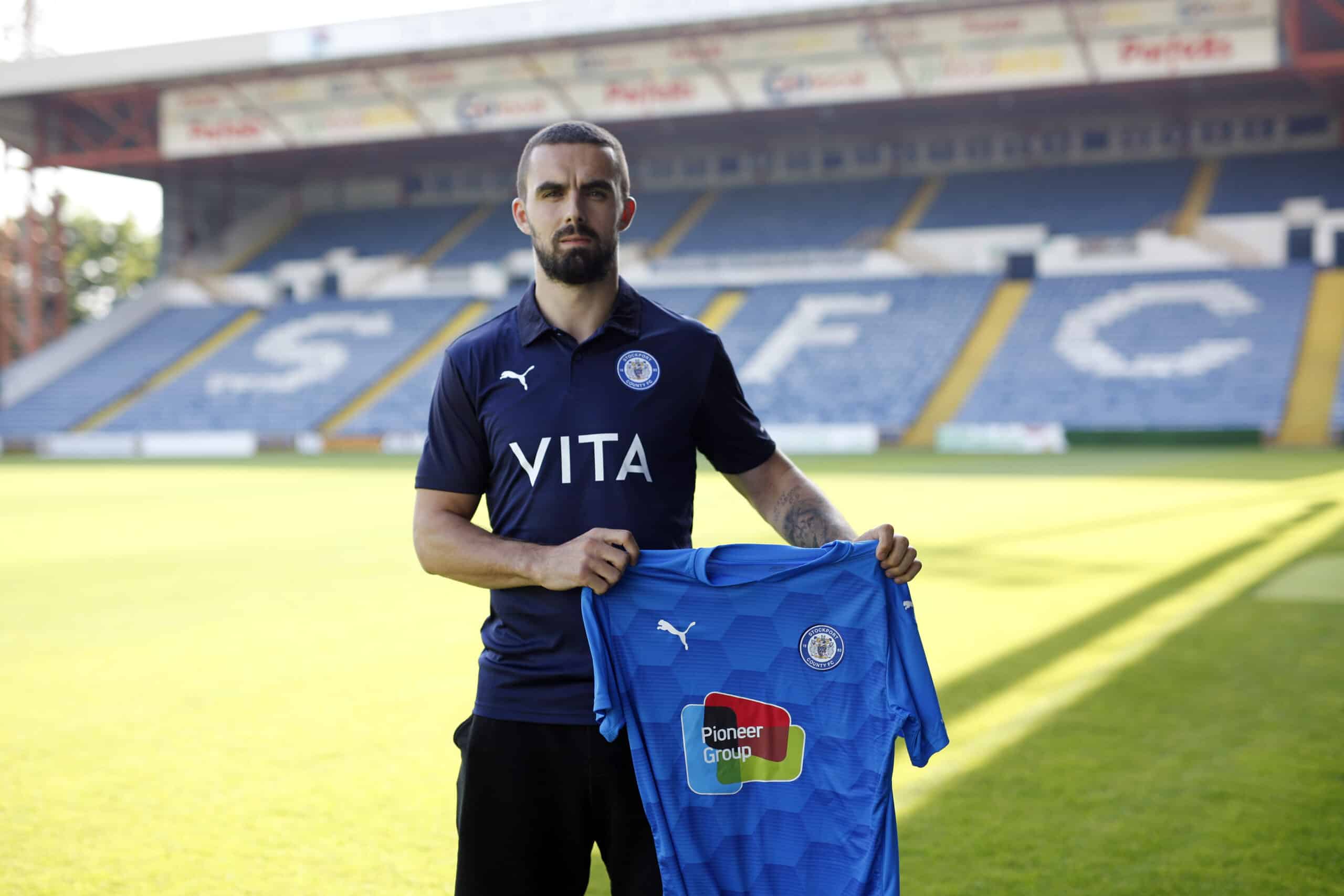 The Club is delighted to announce the signing of winger Jordan Williams from AFC Fylde, for an undisclosed fee. The 27 year old has signed a 2-year contract at Edgeley Park, and will begin pre-season training with the squad next week.

Williams spent his early career in non-league football with Burscough, Northwich Victoria and Barrow, before signing for Rochdale in June 2017. He made 30 appearances for Rochdale, and enjoyed a loan spell at Lincoln City before joining AFC Fylde. Last season he made 37 appearances for The Coasters, scoring 15 goals.

“All the staff are very pleased to have Jordan. We have worked with him before at Northwich and really like him as a person and a player. I believe he is a brilliant addition to our current group and the Club. I think our fans will take to Jordan, due to his committed, honest, hardworking approach to everything he does. It is exciting to be able to work with him again.”

“Jordan brings a level of performance and goals which marks him out as an outstanding performer at National League. We identified Jordan as the number one target for left attacker and Simon has worked tirelessly on making this deal happen. In our ideal squad, we wanted a left attacker who had pace and directness to penetrate, but who also possessed the ability to create and score consistently. A constant threat. Jordan brings that.”

“Jordan’s ability to penetrate and his technical ability from open play and set plays also brings an added dimension to other important aspects of our game which will be important to ensuring our success on the pitch.”