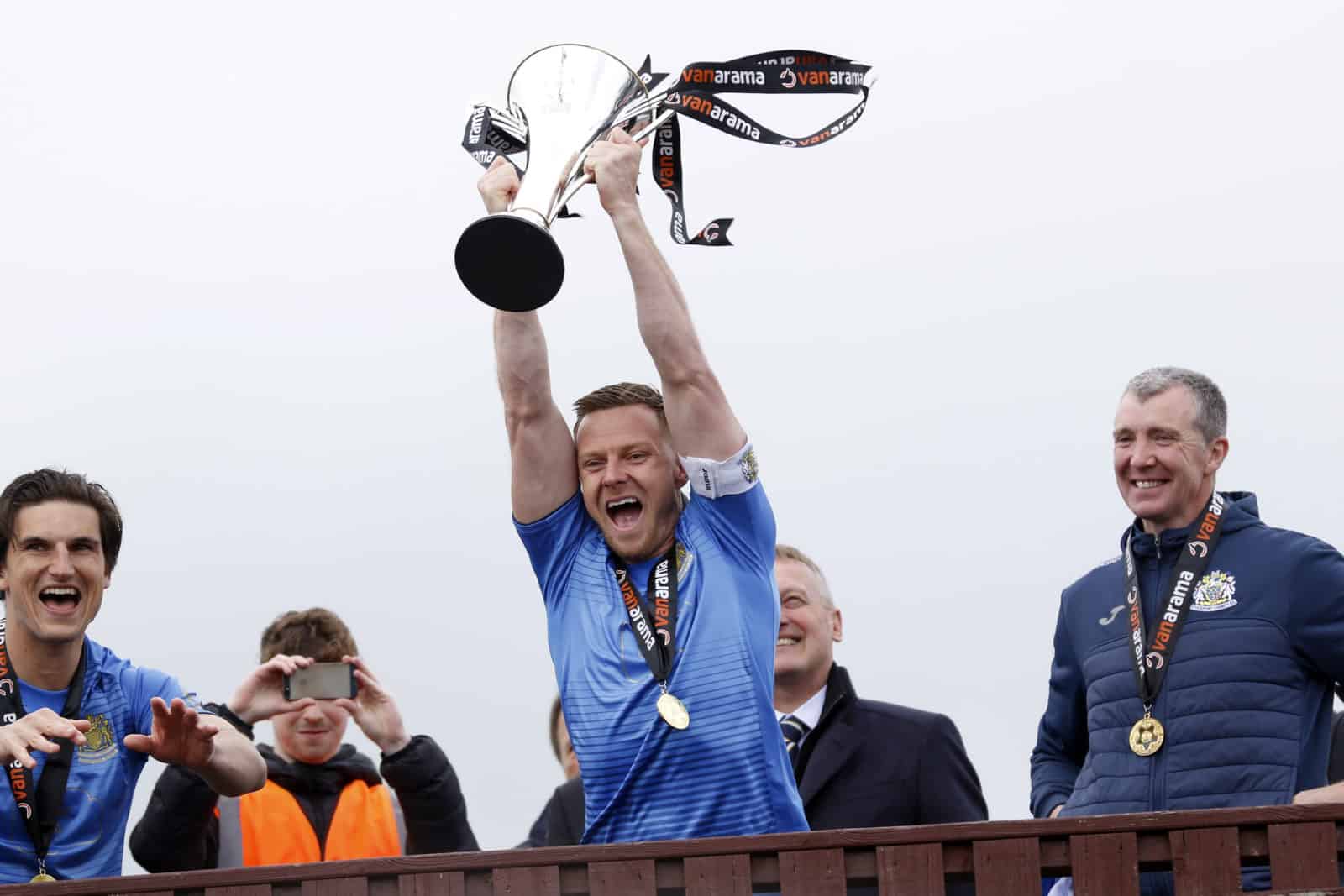 Skipper Paul Turnbull has committed himself to the Hatters for another season, just days after leading the club to the National League North title.

Paul has now clocked up 222 appearances for County, as well as two promotions.

He returned to Edgeley Park in March 2018 after a spell in the National League with Chester, but he first joined the Hatters at the age of 11 in the club’s Centre of Excellence.

The Handforth-born midfielder remains the youngest player ever to feature in a Football League game for County, when he came on as a 16-year-old substitute against Wrexham in 2005 whilst still at school. By the age of 21 he had the captain’s armband.

Paul, 30, has since had spells with Northampton Town, Macclesfield Town and Barrow, clocking up more than 400 senior appearances.

He was also part of the outstanding County team that beat Rochdale in the League Two Play-Off final at Wembley in 2008, under manager Jim Gannon.

Paul’s new deal means he’ll stay with the Hatters until May 2020.

Jim said: “Since his return to the club, taking over the mantle of captain again, Paul has helped to build a terrific team spirit in the camp, and it was fitting to see him lift the trophy at the end of the season.

“I’m also very respectful of the great work he does with our Community Foundation, which often goes unnoticed.

“On the pitch, his relatively recent experience of competing in the National League will be invaluable to us as go forward into the new season, so I’m delighted we have managed to get his contract agreed for 2019/20.”