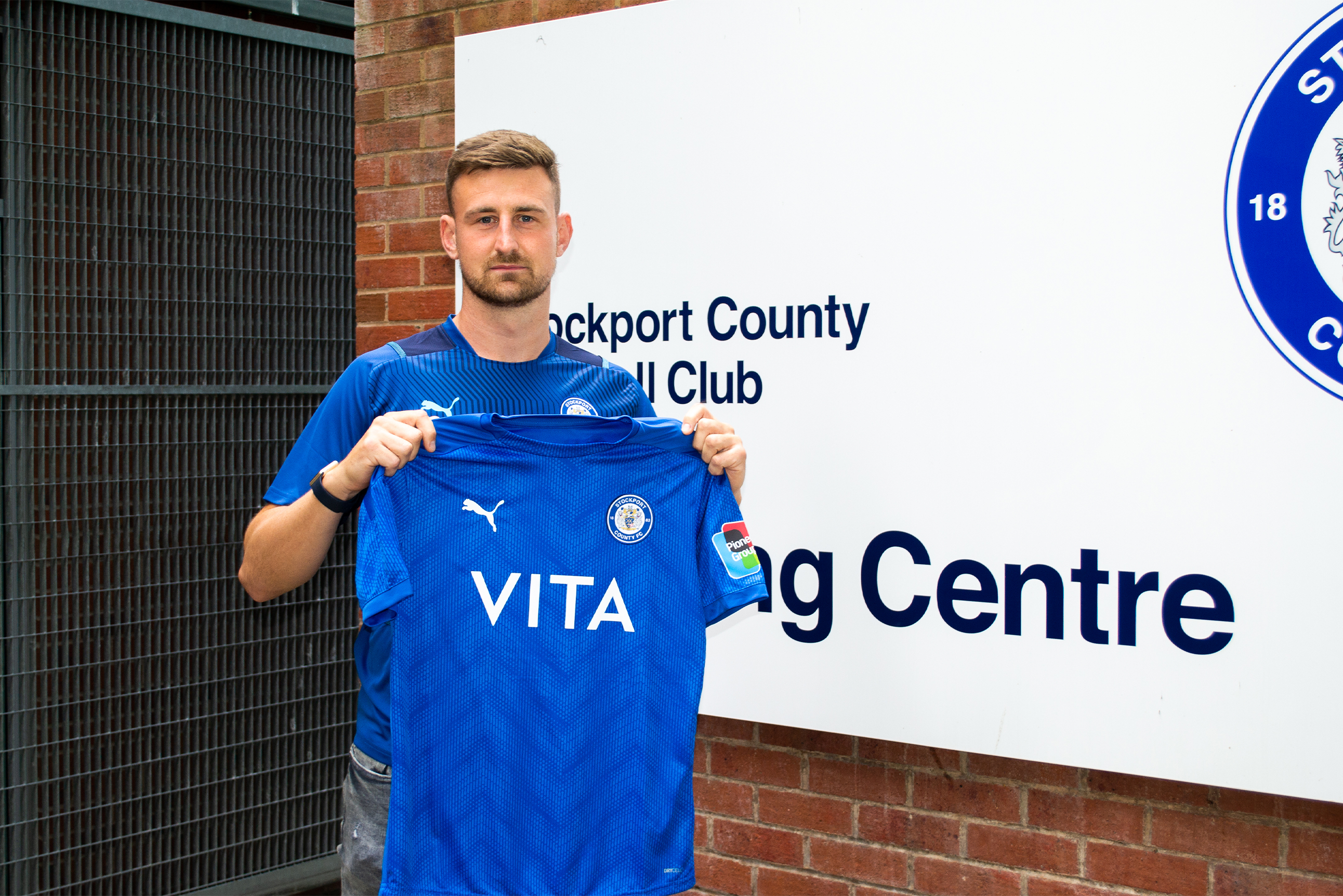 We are happy to announce the signing of Barrow striker Scott Quigley for an undisclosed fee, with the forward signing a three year deal after a prolific spell at Holker Street.

Quigley leaves Barrow having scored 35 goals over his last two seasons for the Bluebirds, including 20 league goals during their National League title winning season in 2020 – earning him the National League golden boot in the process.

The pacey and powerful forward began his career in Wales with Welsh Premier League side The New Saints, coming through the academy and playing a part in five league title wins during his time with the Club, and gaining European experience in the Champions League Qualifying Rounds.

The 28-year-old found the back of the net 61 times during his time at TNS, earning him a move to League One Blackpool in 2017.

During his time at Bloomfield Road, Quigley enjoyed a successful loan spell at Wrexham in the second half of the 2017/18 season, again showing his scoring touch by hitting eight goals in 17 appearances for the National League side.

After spending the following season out on loan at Port Vale and FC Halifax Town, Scott eventually departed Blackpool in 2019, signing for Barrow on a three year deal.

His success up in Cumbria was instant, as he formed a lethal partnership with John Rooney to fire Ian Evatt’s side back to the Football League for the first time in 48 years. The duo scored 39 goals between them in all competitions that season, with Quigley’s 20 goals in 35 appearances earning him a place in the National League Team of the Season.

Despite taking until November last to score his first goal back in the EFL, the Shrewsbury born forward soon found his form again, finishing the season with 15 goals in League Two to help ensure Barrow’s survival. He was soon voted as the Club’s Supporters’ Player of the Year for 2020/21.

“Scott is a player we have admired from afar for a while, with a nice balance of pace, power and craft. Our scouts and staff have been working on this for a while, and we know very few others can do what Scott Quigley does. Having met and spent time with him, he is humble and down to earth, but I’m impressed with his hunger, and with that mindset he will fit in well here.

“With previous success at this level and the level above, we are confident he can be a difference maker for us. Naturally, for a player of Scott’s experience it was a competitive deal to conclude, but we’re delighted again that quality players are drawn to what we are doing and the exciting journey ahead at County.”

“I’m absolutely delighted to have Scott on board. He is a player I know a lot about, and his track record in recent seasons speaks for itself. I’ve no doubt that his qualities align with our ambitions for the season ahead, and he will be a great fit here.

“I’m look forward to getting to work on the training pitch with Scott, and I wish him well for the next part of his career with us here at County.