Double signing for the Hatters

Frank has good experience in the National League North having enjoyed loan spells with Harrogate, Alfreton and Bradford Park Avenue last season. He scored six goals from 15 starts in the league last season, including a goal against County when the Hatters earned a dramatic late victory at the Horsfall Stadium.

Frank has represented Ireland at Under-19 level and has excellent pedigree, having started his career as a youngster with Leeds United and Huddersfield Town.

Irish U21 midfielder Connor Dimaio has also signed a two year deal with the Hatters this morning. It will be the first time the young midfielder has stepped outside of the Football League, having previously played for Sheffield United and Chesterfield. 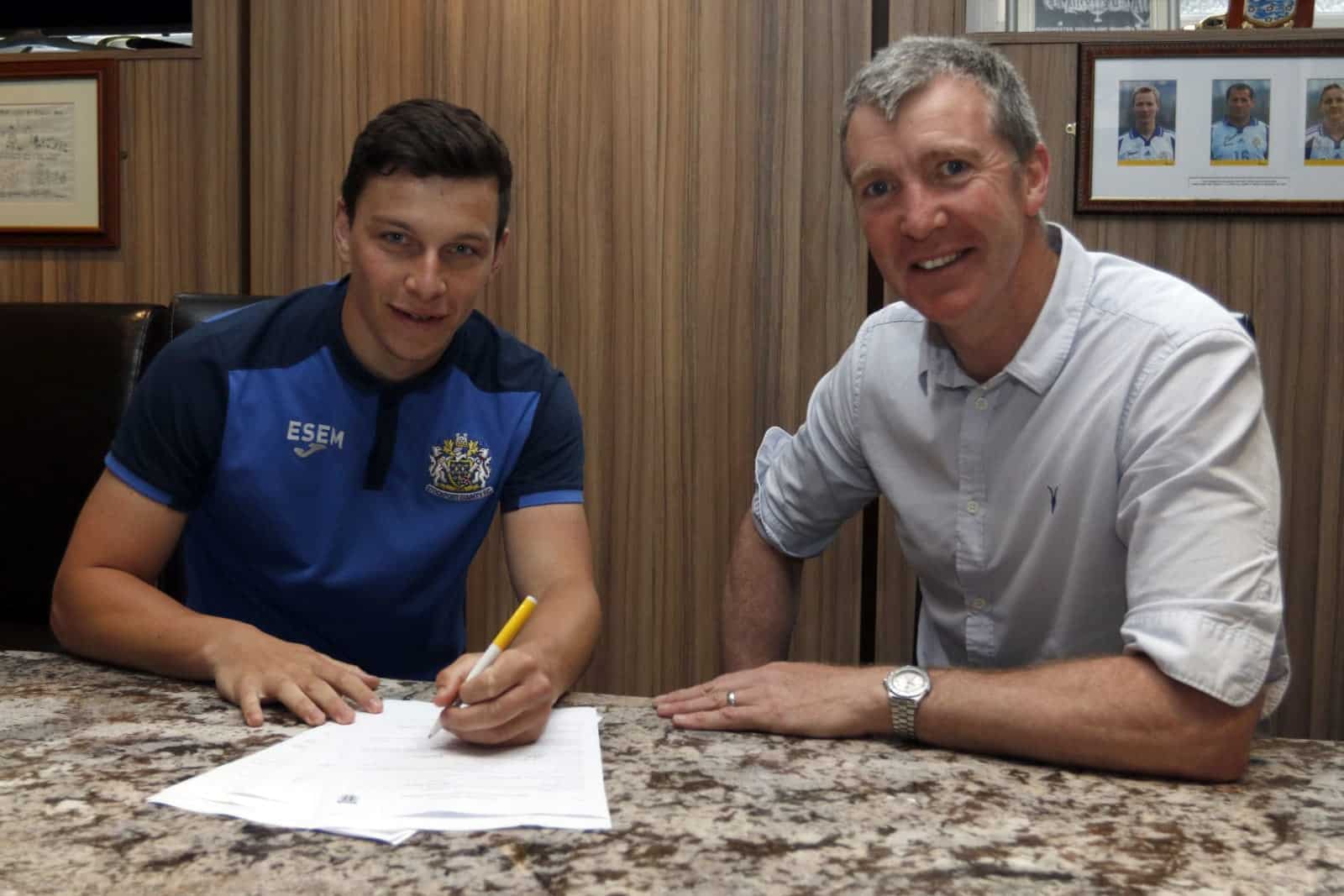 The 22-year-old came through the Sheffield United Academy to break into the Blades’ first team at the age of 18 and won their Young Player of the Year award.

He signed for the Spireites in February 2016 and went on to make 44 appearances for Chesterfield in Leagues One and Two.