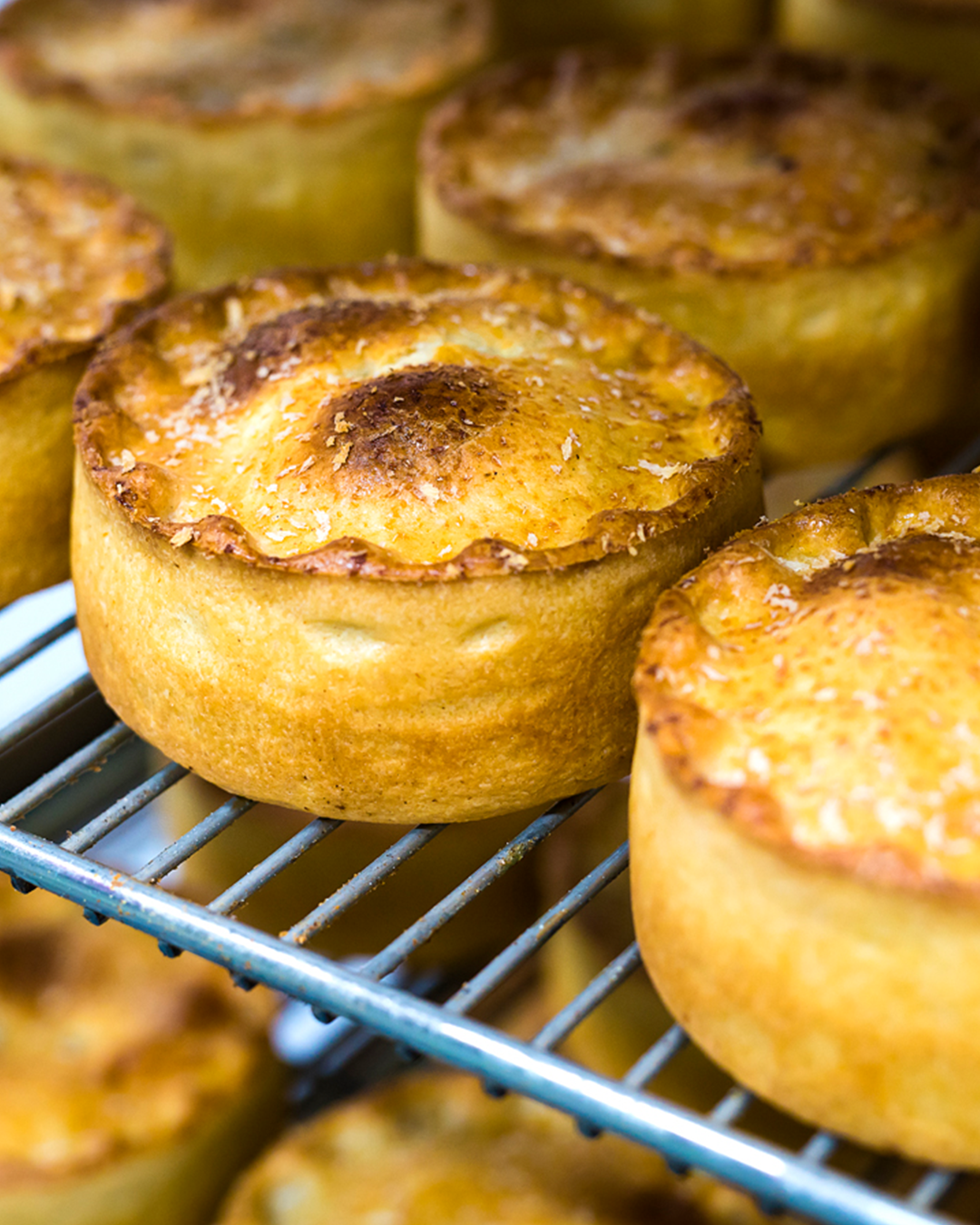 The Club are delighted to announce a new partnership with Great North Pie Co!

They are a key addition to our food and beverage re-launch at Edgeley Park which sees the Club invest significantly into improving the offering by bringing the catering operation inhouse, with a Head of Food & Beverage and a new Head Chef. The Club want to offer supporters and customers top quality food and drink on match days as well as any other events held at Edgeley Park.

Great North Pie Co started from a home kitchen just a few years ago, researching and developing pies then selling at local farmers markets. From the very beginning, the pies had good feedback and were awarded “North West Fine Food Producer of the Year” in a competition judged by Nigel Haworth. This was a turning point for the business and they moved from their home into their new bakery in Wilmslow. They have gone on to win 9 categories at the British Pie Awards, as well as winning the overall competition and being the named the best small producer. Over the last few years they have been asked to judge at the awards, and most recently, listed as a finalist in the BBC Radio 4 Food and Farming Awards.

‘This is unbelievable for us and we’re so proud to be doing this. We couldn’t have imagined this when we started the business.  It says a lot about the new owners & management that they are looking to bring us in and support local businesses.  They’ve got big ambitions for the team and the community.  They’ve given us a massive opportunity, we want to play our part and help make County known for having the best hospitality and pies in football’

‘We’re really excited to be working with Great North Pie Co as it means we can offer our fans a range of incredible pies, where the flavour and quality are second to none. We always want to support local businesses where possible, so we’re delighted to be working with Neil and his team who are local to Stockport and are existing fans of the Club.’