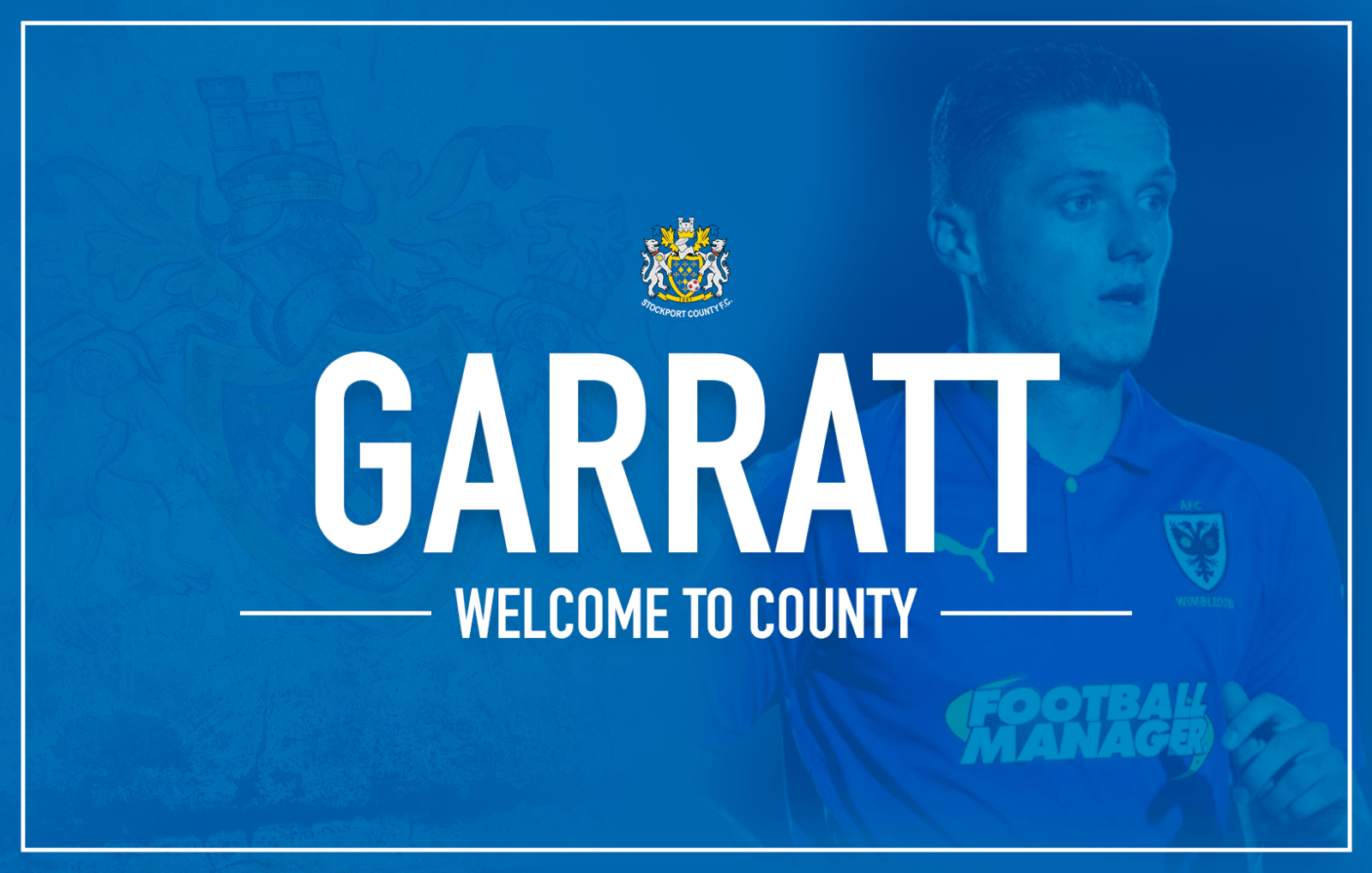 Stockport County have signed left-back Tyler John Garratt on a short term deal to the end of the year.

Tyler has been training with the first team for the past week. He started out at Bolton Wanderers alongside Tom Walker and made his first team debut for them in 2016 in the Championship.

Later that summer he moved to Doncaster Rovers for an undisclosed fee.

In August 2018, Tyler joined AFC Wimbledon on a season-long loan.

The 22-year-old six-footer already has National League experience from a previous loan spell with Eastleigh.

County boss Jim Gannon said: ‘Tyler has had a difficult start to this season after suffering a shoulder injury whilst at a League club but he is now back to full fitness and has impressed all of the staff over the past week.

‘He’s got the right age, playing experience and profile for the type of players that will move us forward. He has a solid base of League and National experience and we feel that he will quickly work his way towards the starting team.

‘As a natural left back, he will be a welcome and very good addition to the squad, and we’re delighted to have him join us and look forward to working with him.’