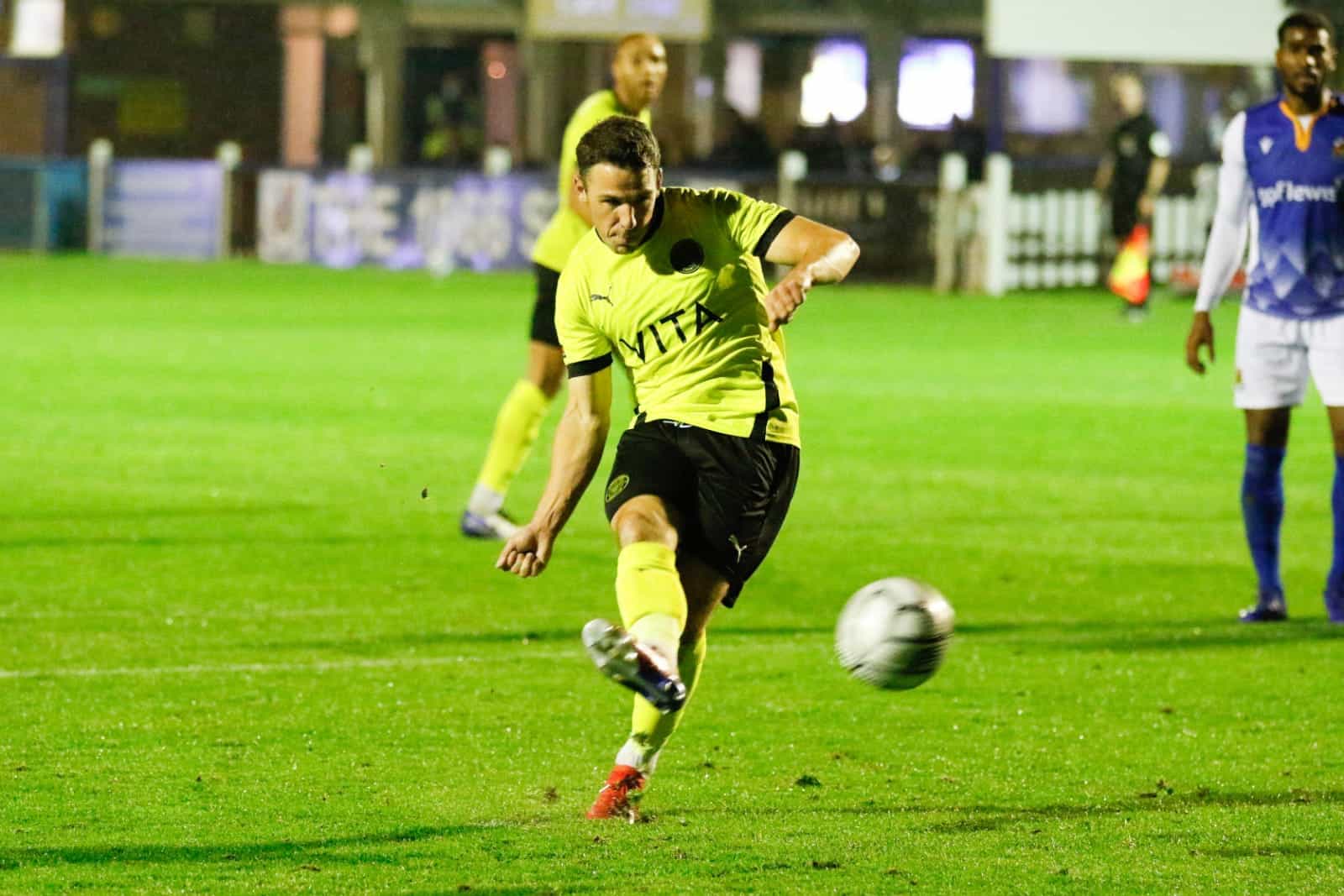 County travel to former Football League rivals Chesterfield on Saturday evening looking to continue their fine form and possibly move top of the National League table in front of the BT Sport Cameras.

Tuesday night’s late turnaround at Wealdstone saw the Hatters move up to second in the early League Table, just one point off early leaders Hartlepool United.

Those five goals also saw us become the current top scorers in the National League with ten goals, five of which have been scored by John Rooney, his hat-trick at Grosvenor Vale making him the League’s top scorer.

It’s been a mixed start to the season so far from Chesterfield. After seeing there opening game at Wealdstone called off due to a waterlogged pitch, they have since been beaten2-1  at home to Hartlepool United and away at Torquay United – although they did beat Woking 4-0 at the Technique Stadium.

The game will be the first of back-to-back fixtures against John Pemberton’s men, having been drawn to face them at Edgeley Park in the FA Cup next weekend.

After relegation from the Football League in 2018 consigned the Spireites to a first spell in non-league since 1921, it’s been a difficult adjustment to life in the fifth tier for Chesterfield, who have spent most of the preceding two years struggling at the wrong end of the table.

Despite winning their first three games under Martin Allen following relegation, a 3-2 defeat at Barrow sent the Club into disarray as they went on to lose six on the bounce, went 19 league games without a win and recorded just one league win in 25 games to leave them stranded in the relegation zone.

That run of results saw Allen sacked in January, with John Sheridan brought in for a second spell – a strong second-half of the season seeing them recover to finish 16th in the final League standings, with nine wins from their final 16 games.

Any optimism gathered from that strong finish to the campaign quickly evaporated last season however, as another dismal start to the season left the side rooted in the relegation zone, with no win in their opening ten league games – including a 2-0 defeat at Edgeley Park in that time.

A 3-0 defeat to Solihull Moors in January saw Sheridan’s second coming at the Club come to a premature end, as the manager was sacked less than a year into his reign with the side sitting 23rd in the National League, five points from safety.

Former Academy manager John Pemberton was brought in on a caretaker basis following a brief six-month spell as Kidderminster boss, and again the change in management brought with it a change in results, as the side won their next two games, and lost just one of their first six games as they moved to within one point of safety.

That run of form saw Pemberton hired permanently until the end of the season, which as it happens proved to be only three games later due to the season’s early curtailment.

Thankfully for the Spireites, four points picked up from those three games saw them edge two points above the safety line before the season was cancelled, thanks in part to County’s late winner at Ebbsfleet United in February, with the Fleet taking up the final relegation spot.

Looking to avoid another season of struggle, Chesterfield have dipped into the transfer market over the Summer, most notably bringing former Nottingham Forest striker Nathan Tyson in on a permanent deal following his loan spell there last season – although the 38-year-old has yet to feature this season.

Welsh goalkeeper Kyle Letheren has been brought in from Salford City, bringing with him plenty of Football League experience, whilst former Chelsea Academy graduate Alex Kiwoyma has been signed following his release from Doncaster Rovers.

Last season’s top scorer Scott Bowden remained at the Club over the Summer, but his straight red card for violent conduct in their first game of the season means he will be suspended for this game.

There’s no doubting the dangerman for the hosts this Saturday, however. Six ft six in striker Tom Denton has scored in each of their three games so far this season, and has a lethal scoring record against the Hatters, netting against us for Alfreton, FC Halifax and North Ferriby United in the past.