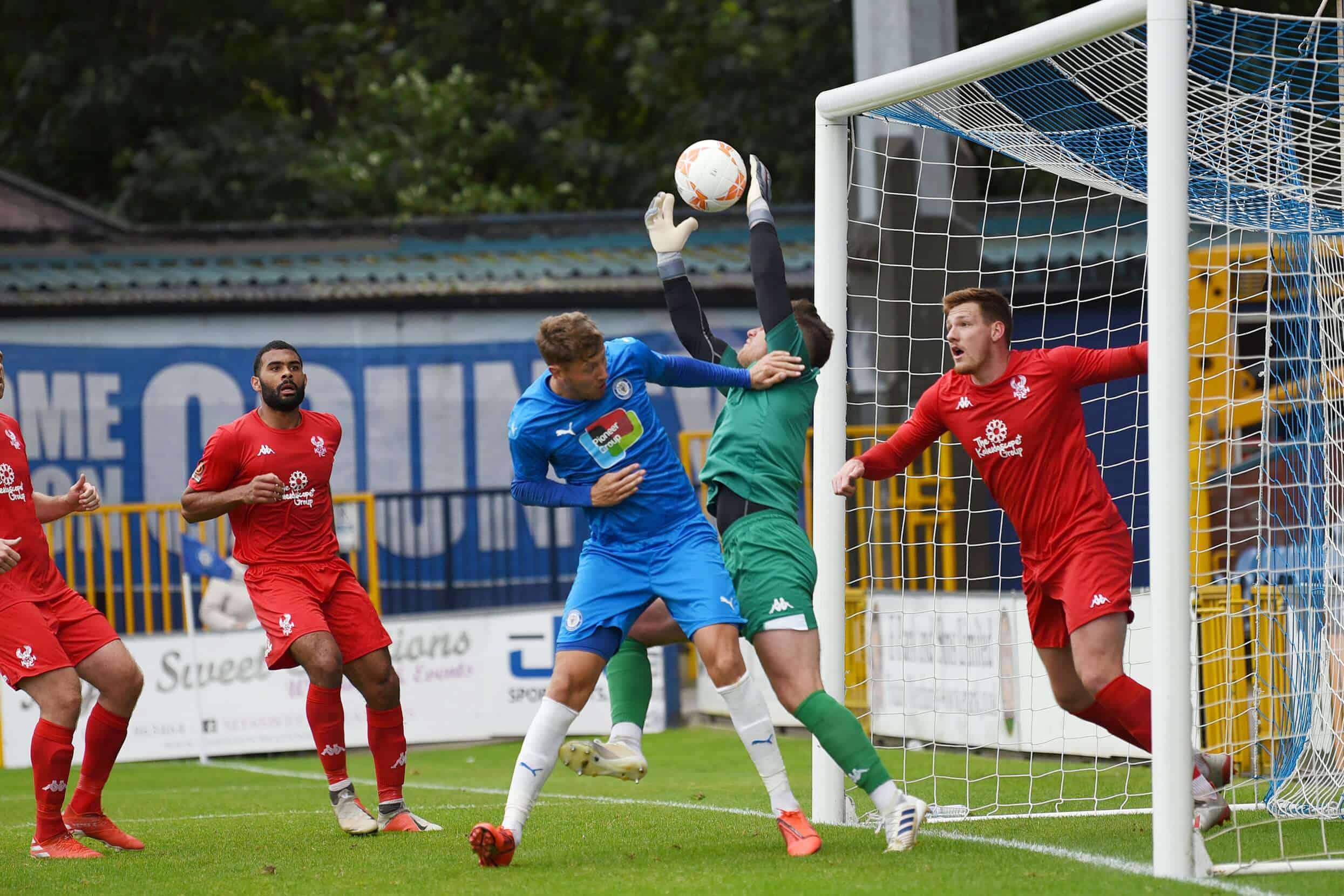 County welcome a new look FC Halifax Town to Edgeley Park on Tuesday night, looking to bounce back from the disappointment of that late defeat to Torquay United on opening day and kick-start the new season.

A late goal from Connor Lemonheigh-Evans down in Devon marred what was in large a positive display from the Hatters, who paid the price for failing to take the numerous chances they created during the 90 minutes.

It was a much happier opening day for FC Halifax, as a debut goal from former Wrexham midfielder Luke Summerfield and one from Jack Earing helped to a 2-0 victory over a strong Dagenham & Redbridge side at The Shay.

Despite being tipped as likely relegation candidates in the build-up to the 2019-20 season, it proved to be a successful season for the Shaymen, who constantly defied those expectations to secure a play-off place come the end of the season.

In fact, a fine start to the season saw them emerge as the early League leaders, a 1-0 win away at Maidenhead a year ago to the day seeing them top the National League table after 15 games.

Any hopes of an unlikely title challenge for Pete Wild’s men were quickly dispelled however, as a run of just one win from eleven National League games saw them slip down the League table at an alarming rate, with heavy defeats to Bromley, Torquay and Notts County along the way.

The final game of that poor run came at Edgeley Park, as County ran riot on Boxing Day – an Elliot Osborne hat-trick inspiring us to a 5-1 victory that saw us leapfrog them in the table, as Halifax slipped down to 10th.

When the pressure began to build though, Halifax found a response – a long awaited League win was secured two days later against Chesterfield, before they held County to a 0-0 draw in the reverse fixture at The Shay on New Years Day.

Another four wins from their next five League games followed, as the goals of January loan signing and former Hatter Devante Rodney fired them back into the play-off places. Not even three defeats in their final four games before the season’s curtailment was enough to see them drop out, as they finished the season in sixth place, above County on goal difference.

It wasn’t to be for the Yorkshire side in the play-offs though, as despite taking an early lead, they suffered a 2-1 defeat away at Boreham Wood in the quarter-finals to bring their season to a conclusion.

It’s been a major Summer of change for Halifax since that play-off defeat, with eleven players moving on and a further thirteen coming in. Incredibly, just four of the 14 players that featured in that 5-1 defeat at Edgeley Park remain at the Club, with eight of them departing over the Summer. McAlinden was their goal-scorer that day, and he of course made the move to County just a few weeks later.

Notable amongst their signings has been the aforementioned Summerfield, defender Neill Byrne who has signed from AFC Fylde and striker Jack Hyde from Woking, who scored twice for the Cards in a 3-1 win at County last season – although the forward was missing through injury at the weekend.

Those two strikes in SK3 were part of a 16-goal season for Hyde, who will undoubtedly be the dangerman should he feature on Tuesday as he looks to replace the goalscoring feats of Rodney, who has since signed permanently for Port Vale.