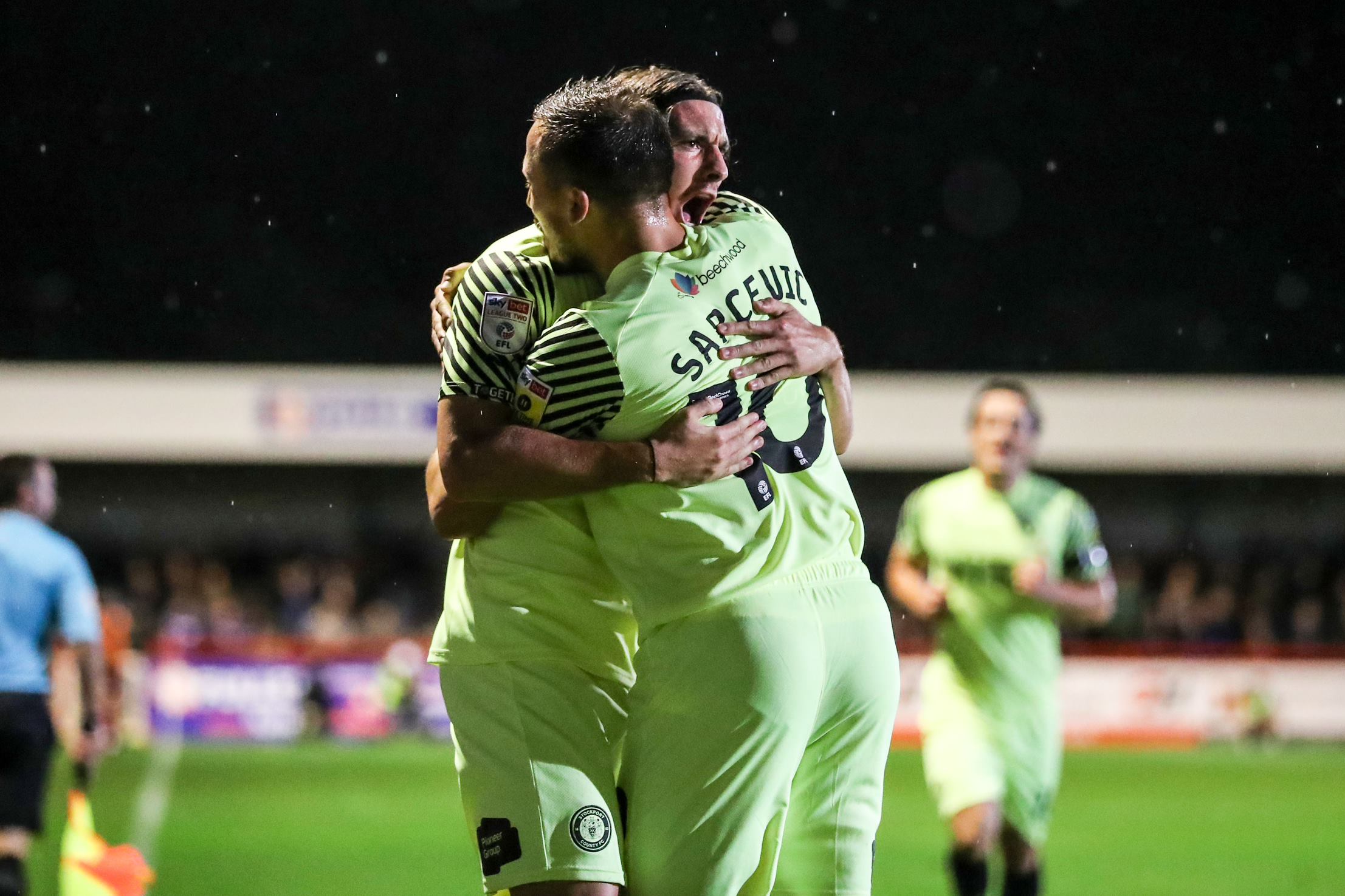 County face a big test in League Two this weekend, as we travel to high-flying Northampton Town looking to end our barren run away from home.

Despite being held to a frustrating 0-0 draw at home to Harrogate Town last weekend, an eighth point of the season lifted us up two places into 16th, moving above Newport County and AFC Wimbledon.

We currently sit four points above the relegation zone and eight behind Mansfield, who currently occupy the final play-off spot. Victory on the road on Saturday could see us move up a further two places to 14th, should other results go our way, although we remain the only side in League Two this season without a point away from home.

Northampton, who came so close to automatic promotion last season, have now won their last three league games, with last weekend’s 3-0 win against basement side Rochdale moving them up into third place – four points off league leaders Leyton Orient.

Despite winning promotion to League One in 2020 under manager Keith Curle, beating Exeter City 4-0 in the League Two play-off final, Northampton’s stay in the third tier proved to be a brief one.

Curle was dismissed in February 2021 after a run of one win in 11 league games left them floundering in the relegation zone, with U18s coach Jon Brady taking charge on an interim basis. Despite a promising start, he was unable to turn around their form in time, and a swift return to League Two was confirmed with a 3-0 defeat to Blackpool in their penultimate game.

Despite that relegation, the Australian had done enough in his ten games in charge to convince the Club to offer him the job permanently that Summer, and he came so close to rewarding that faith last season only to be denied in agonising circumstances.

Everything looked to be firmly in their own hands going into the final day of the season, starting the day in the third and final automatic promotion place thanks to a better goal difference of +5 over challengers Bristol Rovers.

A 3-1 win away at Barrow will have left The Cobblers feeling certain their job was done and they were bound for League One, only for news to filter through that Bristol Rovers had thrashed already relegated Scunthorpe 7-0 to pip them to promotion on goals scored. It was one of the most dramatic finales League Two has ever seen and it left Brady’s side destined for the play-offs.

Perhaps still feeling the effects of that cruel final day twist, the side were unable to lift themselves for their play-off campaign, beaten over two legs by Mansfield in the semi-finals.

Resigned to another year in League Two, The Cobblers have wasted no time in reinventing themselves as a team and going again this season. Their success last year was built on a formidable defensive record, conceding just 38 goals in 46 league games, but they were also the lowest scorers in the top eight.

It’s been a different tale this time round, however. Having lost Fraser Horsfall to County over the Summer, the side have conceded more goals in his absence, ten so far, but they are currently the top scorers in the division with 19.

Ten of those goals have come from one man – League Two’s top goalscorer, Sam Hoskins. The 29-year-old is having the season of his life at the minute, his tally for this season already the second-best of his EFL career, and he helped himself to another two against Rochdale last time out.

They began the season with a five-game unbeaten run, winning three, before suffering their first and to date only league defeat at home to Doncaster in August.

Their response since then however has been impressive – three straight league wins against Barrow, Wimbledon and Rochdale to reaffirm their status yet again as one of the promotion favourites.

No question about this one – Sam Hoskins’ ten goals in ten games is more than ten League Two sides have managed in total so far this season. Now in his eight season at Northampton, it is only the second time he has reached double figures in the league, after hitting 13 last season.

He’ll be confident of beating that tally and then some in the remainder of the campaign, as he looks to fire the Cobblers to promotion.