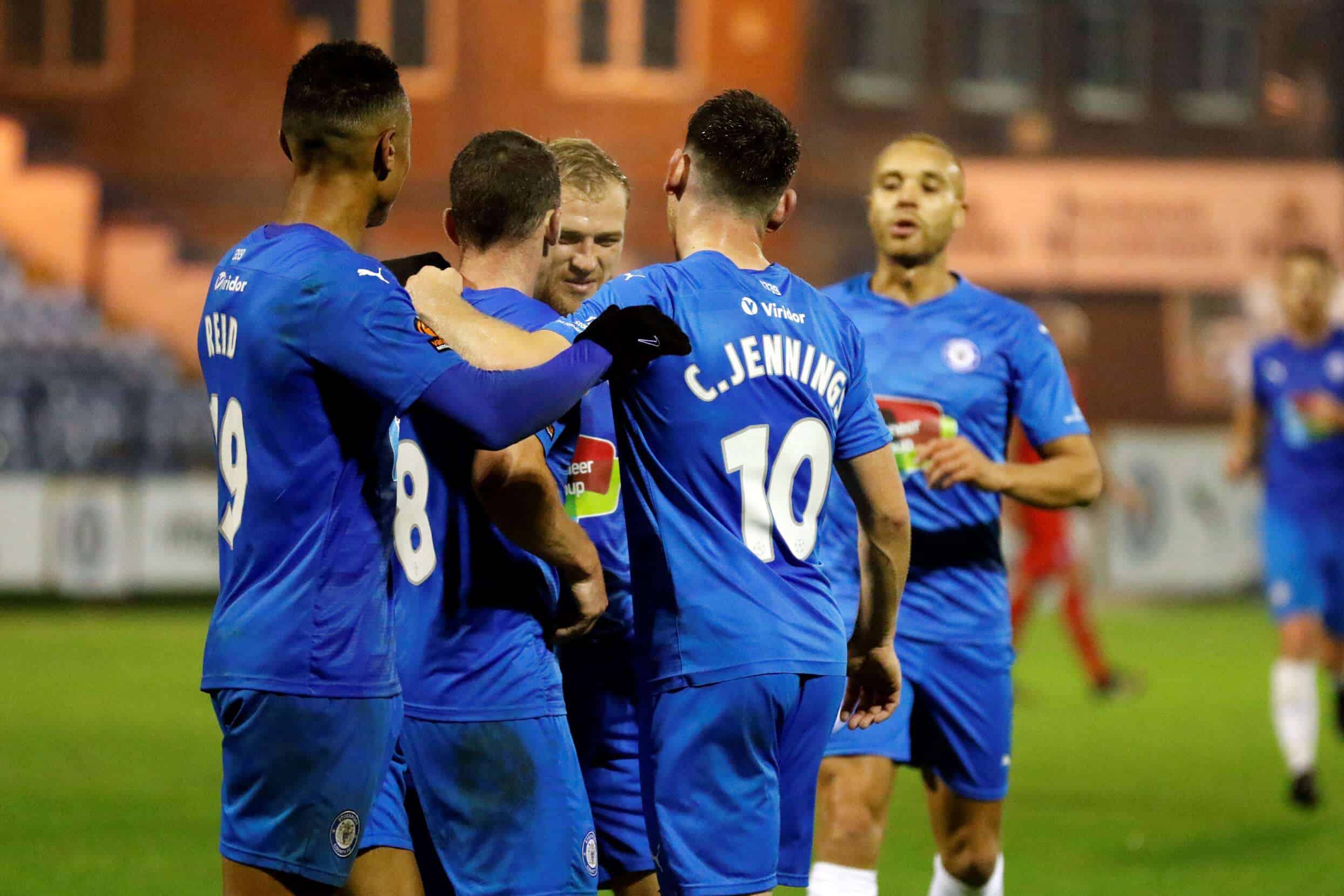 For the third game running, County are on the National League road this Tuesday as we head to Nottingham to take on promotion contenders Notts County at Meadow Lane, knowing a win would see us leapfrog the Magpies in the table.

The postponement of Saturday’s game against Sutton at Edgeley Park saw County lose further ground in the National League, as results elsewhere saw us slip out of the play-off places and into ninth place.

We do, however, have at least three games in hand on all the sides above us, and extraordinarily have played five games fewer than Bromley, Altrincham and Wealdstone. Tuesday’s game is one of those games in hand, meaning a win will move County above all those sides, and into 3rd in the National League table.

For Notts, their weekend game against Yeovil was also called off due to a positive Covid case in the Glovers camp, as they dropped from third to seventh. They currently sit two points above County having played three games more and will also be looking to leap back into third with a win.

After dropping into non-league for the first time in their history in 2019, last season saw Notts County come so close to reclaiming their EFL status at the first attempt, making it all the way to the play-off final where they were eventually beaten 3-1 by Harrogate Town.

Notts entered that play-off campaign off the back of a strong finish to the season that saw them still hold lingering title aspirations when the pandemic struck, as they sat in third place, seven points behind a faltering Barrow side, and five points above County in the final standings.

Over the Summer, the Magpies set about trimming their expansive squad, with the most notable departee being former County striker Kristian Dennis. The forward netted 12 times for them in the League last season, their second top scorer, but has since moved north of the border to join Scottish side St Mirren.

In terms of incomings, Ruben Rodrigues has added goals from midfield since his move from Dutch club Den Bosch, whilst Belgian Elisha Sam has been brought in up front to replace the goals of Kristian Dennis.

Their main man, however, has once again been former Scunthorpe striker Kyle Wooton. The 24-year-old scored 13 league goals for Neil Ardley’s side last season and has six in 12 appearances already this campaign.

That transfer activity, combined with the near miss of play-off defeat last season, saw Notts start the season as one of the favourites for promotion with the bookmakers, alongside County. Like County however, their title challenge got off to the worst possible start with defeat on opening day, going down 1-0 away at Dover Athletic.

Three straight wins with eight goals scored swiftly saw them back on track before Covid struck, with defeats at home to Maidenhead United and Aldershot falling either side of an enforced two-week break, due to several players testing positive for the virus.

Their form since then has been mixed as they look to regain form and fitness, with wins against Chesterfield, Woking and Wealdstone all sandwiched between dropped points against FC Halifax, Dagenham and, most recently, Boreham Wood, who came away from Meadow Lane with a 1-0 win last Tuesday.

That result means that, over a quarter of the way into the season, the side from Nottingham currently sit 12 points behind league leaders Torquay with a game in hand, meaning both sides come into this game desperate for three points to get their title challenge back on track.