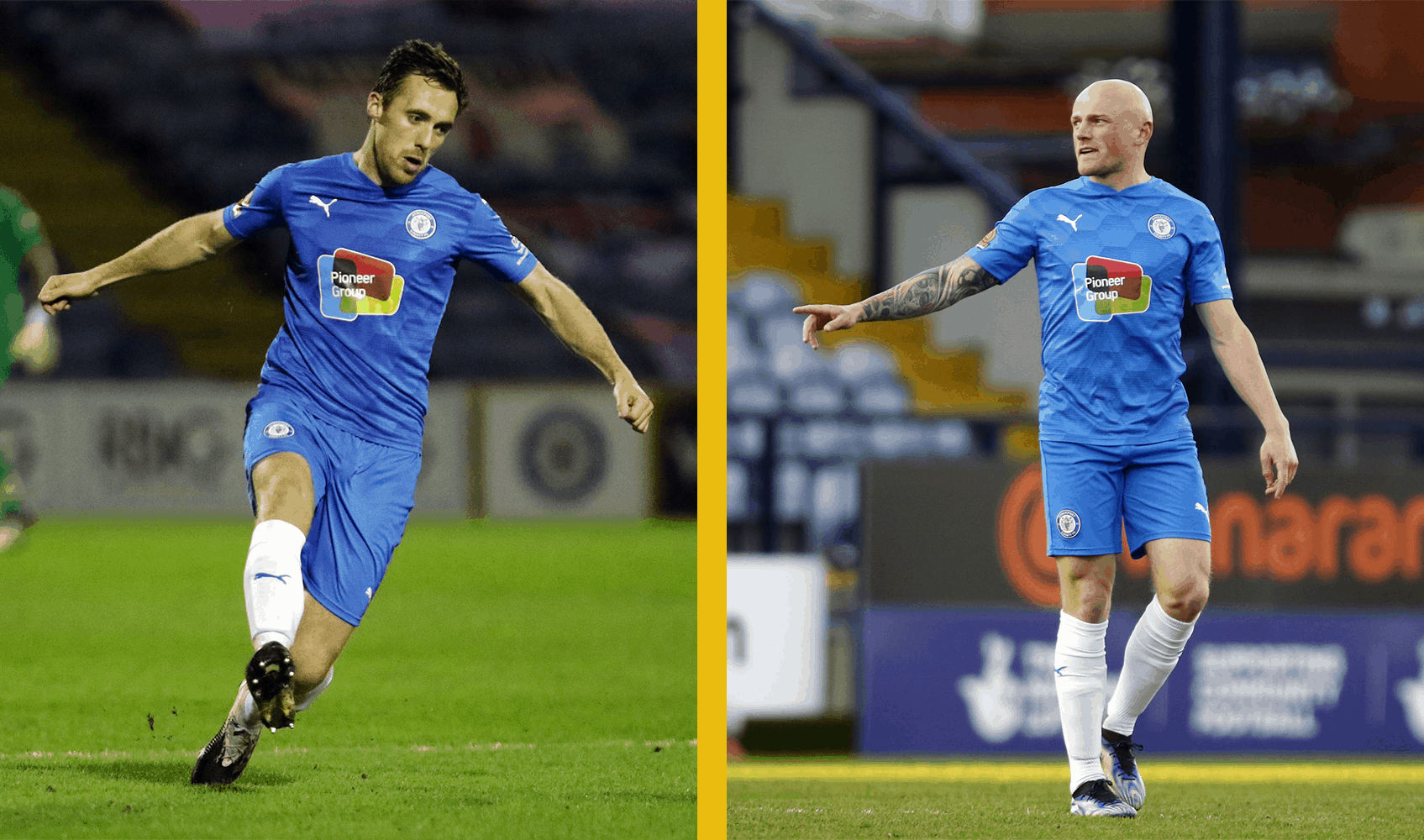 We are pleased to announce that Sam Minihan and Jordan Keane have both agreed to sign two year contract extensions at the Club in the Summer, keeping them at Edgeley Park until 2023.

Full-back Sam originally joined the Club in 2016 from Worcester City, making over 150 appearances for the Club since then, with his new deal extending his time at the Club into a sixth and seventh season.

Capable of playing in midfield or in defence, Jordan signed for County from Boston United in 2018, and made his 100th appearance for the Club earlier this season in our 2-1 FA Cup win at Rochdale.

Both players were a key part in our title winning season of 2018/19 and have proven fundamental again this year, with Keane making 30 appearances so far this season, and Sam making 36.

“I am delighted the club have agreed extensions with Sam and Jordan and see both players continue on their upward journey with County. The contracts are recognition for the players’ performances this season, but also provide great continuity and stability for the club in tying two key members of the group down for the forthcoming years.”

“As supporters might expect, the negotiations were quick and easy given the desire from all parties to keep working together. Sam and Jordan have fully committed their lives – including moving closer to the club – to their profession, and are thriving since moving into the full time environment.

“Both are passionate about success at County, and we look forward to working collectively over the next years to achieve that.”