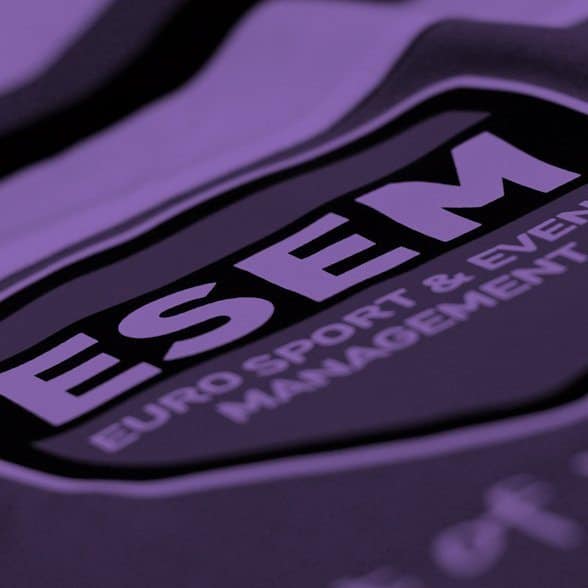 ESEM (Euro Sport and Event Management Ltd) will remain as Stockport County’s first team shirt sponsors for 2017/18. They have also increased their commitment in order to sponsor Stockport County Ladies.

The deal will see the ESEM logo emblazoned across the new women’s and men’s home shirts, which will be available to buy in the club shop from early July.

ESEM is a company that works exclusively with top professional football clubs all over Europe organising their arrangements for Champions League, Europa League and international matches, and in the winter and summer months they organise and manage training camps for some of the continent’s biggest teams. The company, based in Manchester and Malaga, is owned and managed by long-time County fan Christian Machowski.

Christian said: “We’re delighted to be renewing our agreement with County after a very successful season with the club in 2016/17. I’ve maintained a very personal interest in the club’s aims and ambitions and I’m genuinely excited about County’s direction of travel. Jim Gannon has lined up some exciting signings for the new campaign and we are delighted to be part of it once again.

“The opportunity to increase our involvement by sponsoring County Ladies has also been a very welcome addition, as football is now the top participation sport for women and girls in England, and we look forward to watching the teams flourish next season.”

Christian, a County season ticket holder since 1999 as well as a former club director, emigrated to the Costa del Sol in December 2015 but is still a frequent visitor to Edgeley Park with his wife Melanie. The couple also have season tickets for La Rosaleda in order to indulge their other football passion, watching Malaga CF in La Liga.

County’s Commercial Manager Simon Dawson said: “We are very grateful to Christian for his ongoing sponsorship of Stockport County Football Club and we are genuinely excited to see ESEM now embedded at different levels of the football infrastructure.

“The new kit will be available from early July and we think fans will love the new design, which will be a great canvas for the ESEM logo.”

Stockport County were one of the first non-Premiership teams to set up a women’s team in 1989/90. The club currently operates ten teams competing in three leagues, ranging from under-10s to open age.

To find out more about ESEM visit their website here.