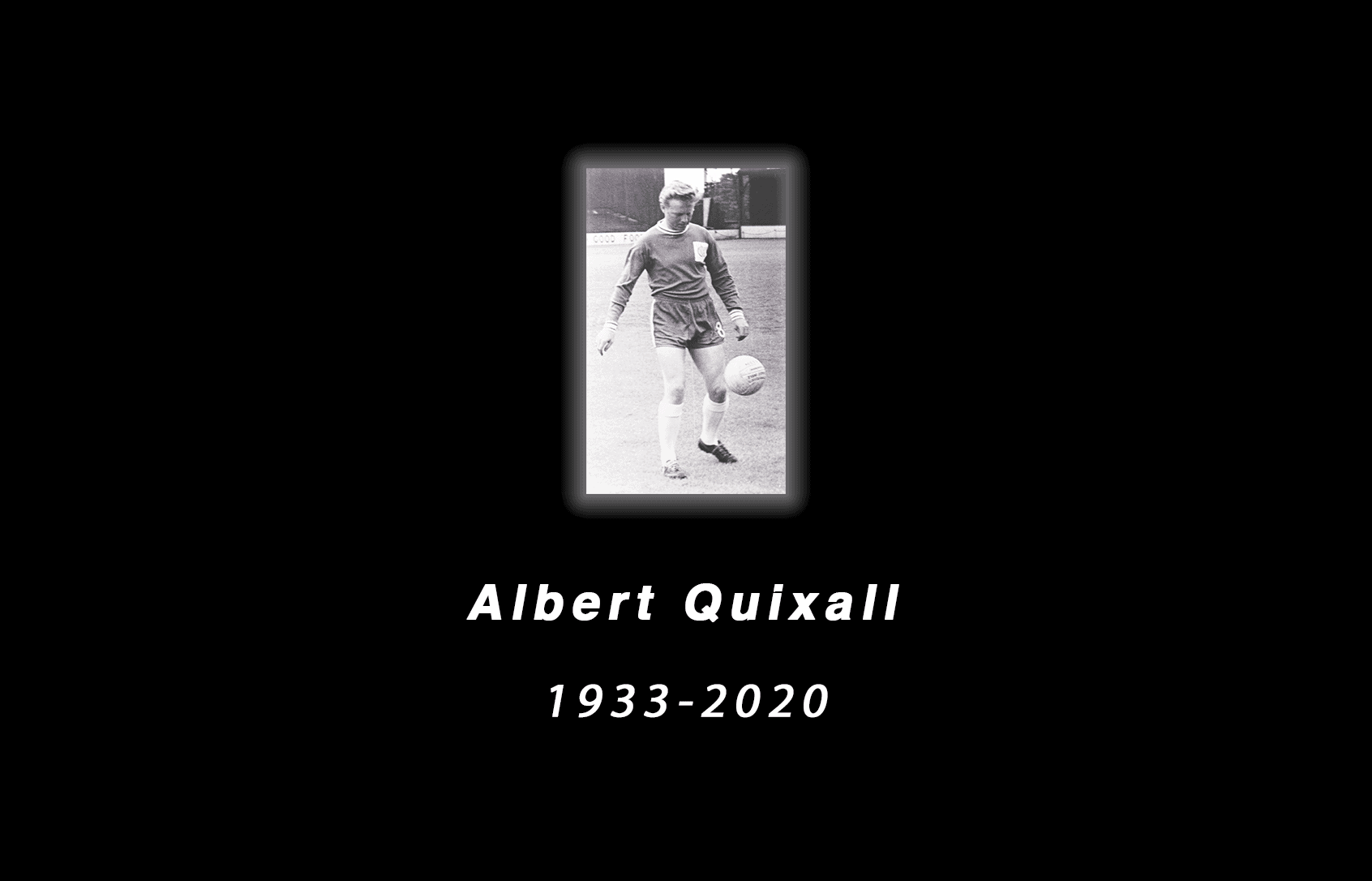 Everyone at Edgeley Park was saddened to hear of the recent passing of our former player Albert Quixall, at the age of 87.

The skillful forward joined the Hatters in the summer of 1966 and played 14 games during County’s 1966-67 4th Division Championship winning season.

With County making a serious attempt on promotion, he was one of a number of experienced players signed by County manager Eddie Quigley. Eddie left mid-season and his assistant Jimmy Meadows stepped up. Unfortunately troubled by niggling injures the County fans were only to see him play a handful of games with his last appearance in November of that season.

County were to be the last League club in a fantastic career in which “Golden Boy” Quixall played at every level for England, culminating in five full international caps, the first when he was only 20 years old.

Born in Sheffield he represented the city’s schoolboy team before being selected to play for England Schools where he played alongside legendary Stockport schoolboy and future County player Bryan Brennan.

He was signed by his boyhood club Sheffield Wednesday where he played for more than ten seasons during which time he secured legendary status, making 260 appearances and scoring 65 goals (Wednesday have a hospitality suite at Hillsborough named in his honour).

In 1958 he joined Manchester United for a British record fee of £45,000 becoming their first post-Munich signing. At Old Trafford he won the 1963 FA Cup and made 165 League appearances scoring 50 times.

After a spell at Oldham Athletic he joined County, before departing in 1967 to join non-League Altrincham, who were managed by future County chairman Freddie Pye. After finishing his playing career, Quixall followed Pye in running a scrap metal business in Manchester.

Albert played a part in one of the finest seasons in our long history and he is remembered fondly by those who saw him play at Edgeley Park. We send our condolences to his wife Jeanette and his family and friends at this sad time.