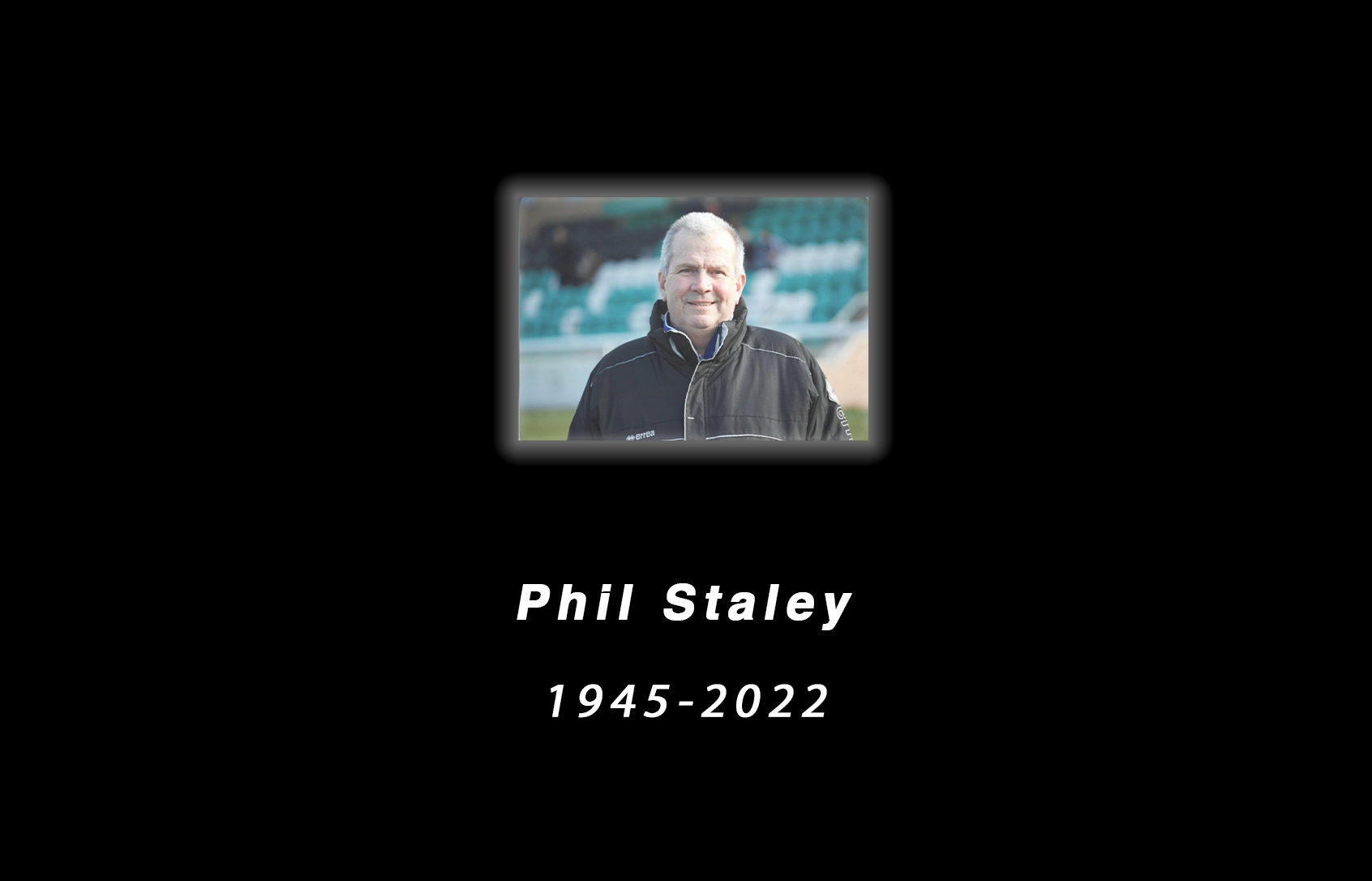 Everyone at the Club was deeply saddened to learn of the recent passing of former County commentator Phil Staley.

Phil’s funeral is due to take place at Rowan Chapel, Stockport Crematorium, at 1.45pm on Tuesday September 27, and all County fans are welcome to attend.

Phil, who passed at the age of 76 after a battle with cancer, will be fondly remembered for his work as a co-commentator alongside Jon Keighren in the late-90s and beyond.

But he made his name as a colourful non-league manager. Phil managed teams you’ve never heard of, got banned from his own ground, had the shortest managerial stint in history and once got paid in fish. But Phil also appeared on Match of the Day, he’s been an FA Cup hero and is revered as a legend by the fans of one of the most famous sides in the world.

He began his managerial career in North Wales with Bethesda, and when he turned up for his inaugural game, his first job was to clear the sheep off the pitch, hence the title of Phil’s autobiography, Get Those Sheep off the Pitch.

He went on to manage Ashton United, Chorley, Macclesfield, Drolysden, Accrington (who he took into the second round of the FA Cup in 1992), Fleetwood Town, Congleton and Caernarfon amongst others before moving into a career in the media.

After three decades in non-league football he became co-commentator at County, hosting his own post-match phone-in.

He later spent nine years living and working in Australia.

He returned to the UK to retire but soon ended up as caretaker manager at Nantwich Town, before returning full circle to the Welsh League where he was named assistant manager at Colwyn Bay in 2015.

On hearing of his death, former County boss Jim Gannon said: “Phil was a great guy and I loved hearing his voice, whether in person or on the radio.”

Our thoughts are with his family, his wife Andrea, Phil’s three children, Nick, Steve and Lauren, and his grandchildren who he adored, as well as his many, many friends and former players.