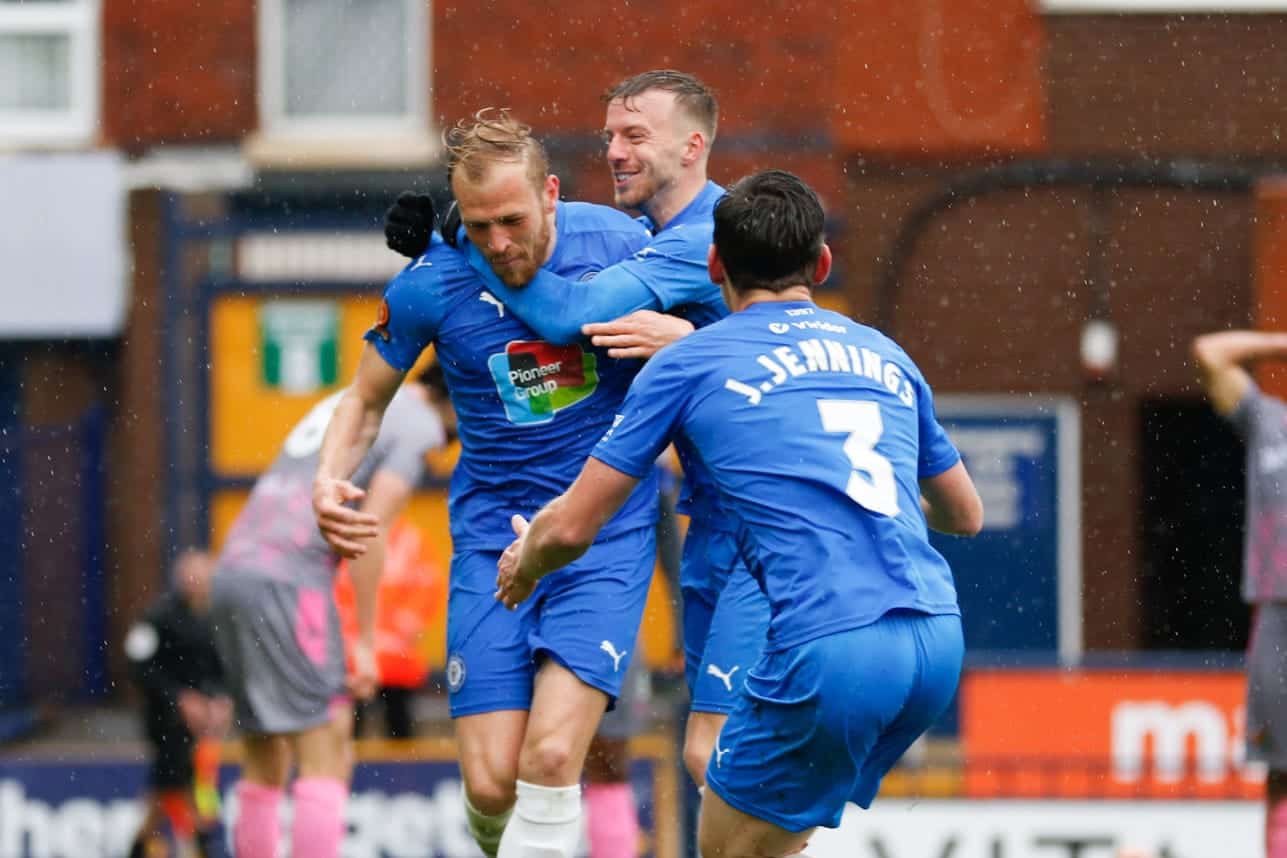 The Stockport County team news is in ahead of this afternoon’s game against Wealdstone in the National League.

There’s two changes to the side that beat FC Halifax Town on Saturday, as Sam Minihan and Alex Reid come in for Macauley Southam-Hales and Will Collar, with the latter missing out through injury.

Elliot Newby and Ryan Rydel return on the bench, with Ross Fitzsimons and Collar the men to drop out of the squad.

Due to the Club participating in football’s social media boycott this weekend, goal updates and a half-time summary will instead be provided on this web page. Continue to refresh the page to keep up to date with the latest scoreline at The Shay.

Alternatively, supporters can purchase their streaming pass for today’s game by clicking here.

Kick-Off: Play gets underway in the rain here at Edgeley Park – County shooting towards the Railway End in this first-half.

Half-Time: It’s all square at the break – County have been the better side in the first-half, coming close through Harry Cardwell and Sam Minihan, but the visitors are standing firm at the moment.

Second-half: Back underway at Edgeley Park.

53′ | GOOOOOOAAAAAAAALLLLLLLL! RYAN CROASDALE STEERS HOME HIS FIRST COUNTY GOAL! Harry Cardwell and Paddy Madden both see shots brilliantly saved by Askew, but Croasdale is there to find the bottom corner. GET IN!

55′ | REEEEEIIIIIDDDDDDDYYYYYYY! COUNTY MAKE IT TWO! Newby with the cross, and Alex Reid is there to scramble home his 20th goal of the season from close range!

87′ | GOOOOAAAAALLLLLL! TWO FOR REID, THREE FOR COUNTY! It’s a confident finish from Reid, taking the shot on from a narrow angle and drilling it past Askew. 3-0 County!

90′ | ROOOOOONNNNNEEEEEEYYYYYYY! IT’S A BRILLIANT FREE-KICK! County make it four in style, Rooney bending a free-kick over the wall and into the far corner to add more gloss on a stellar second-half performance!

Full-time: All over at Edgeley Park, and County really made their superiority count in that second-half. Ryan Croasdale’s first for the Club got us up and running, with Reid and Rooney adding the gloss late on. County are up to third in the live league table.