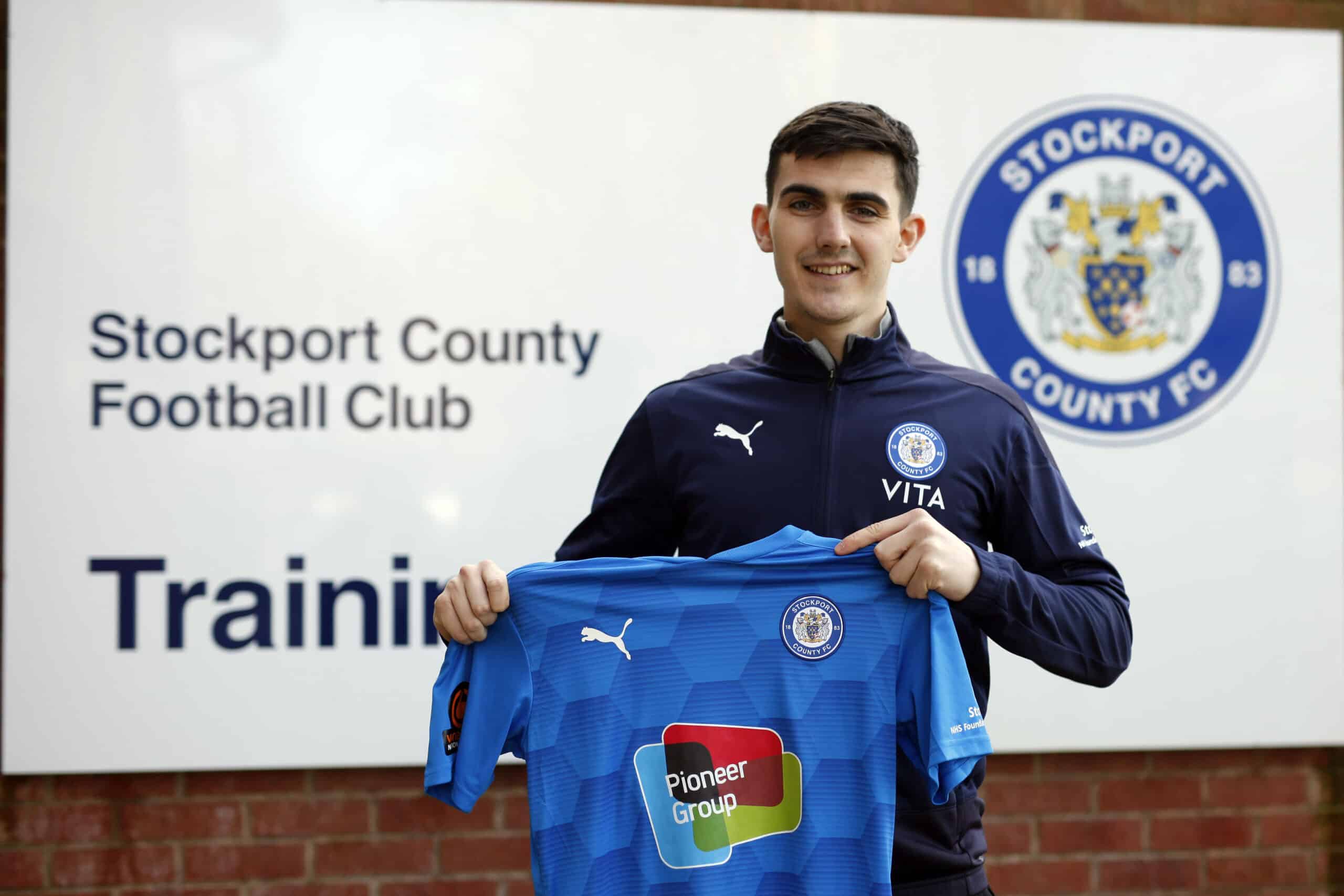 We are pleased to announce the return of Tom Walker to the Club, with the attacking midfielder signing on loan from Harrogate Town until the end of the season.

Former Bolton midfielder Tom, 25, returns for his third spell at Edgeley Park, having first joined the Club in 2017, before enjoying a successful spell on loan from Salford City last season.

The 25-year-old made his professional debut for Bolton against Leeds in January 2015 and went on to make 20 appearances for the Trotters, scoring one goal.

After short spells at County and FC United of Manchester, Walker made the move to Salford City, scoring six goals in 16 appearances to help them to the National League North title in 2018, earning an England C call-up in the process.

He then followed that up by playing a key role in Salford making it back-to-back promotions, making 40 appearances in the National League during the 2018-19 season as The Ammies secured a place in the EFL at Wembley in the play-offs.

He then returned to Edgeley Park in October 2019 on a three-month loan deal, making an instant impact as he scored and registered an assist on his debut in a 2-1 win against Hartlepool.

Over the course of his second spell at the Club, the Salford-born midfielder made 17 appearances, scoring six goals and helping the side move from 17th up to 5th in the National League table.

Following the end of his loan spell in January 2020, Tom signed permanently for struggling AFC Fylde where he impressed again, scoring four goals in just nine appearances for The Coasters, but he was unable to save the side from relegation to the National League North.

He moved on to League 2 Harrogate Town in the Summer after the newly promoted side triggered a release clause in his contract. He has made seven appearances for the Yorkshire side so far this season, whilst also enjoying a loan spell at Notts County earlier in the season.

“I’m delighted to welcome Tom in to our group. His addition will add quality and competition in forward areas, and will also improve the depth in what will be a demanding run in to the end of the season.”