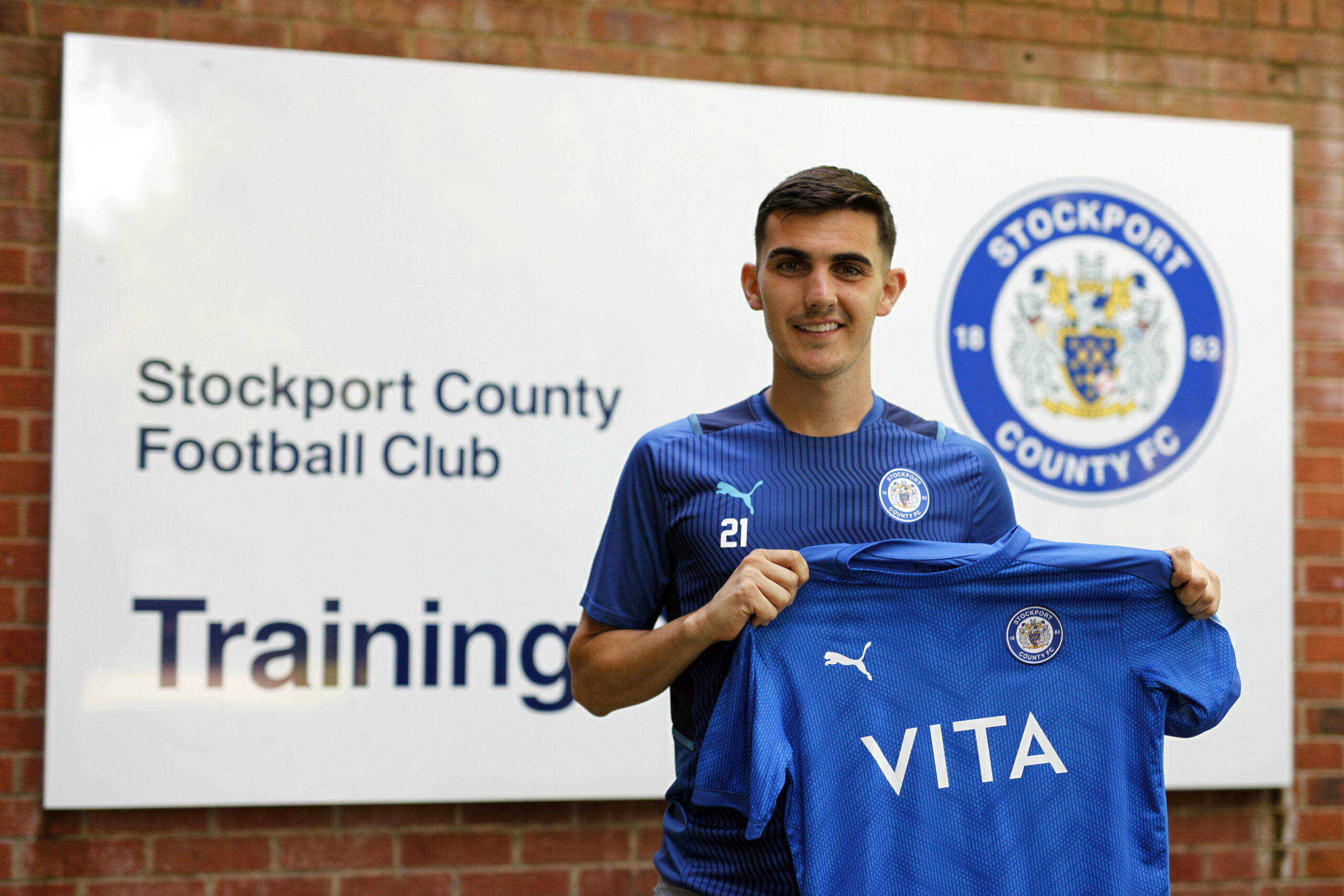 Stockport County is pleased to announce the return of Tom Walker to Edgeley Park on a one year deal, after the player’s contract at Harrogate Town was terminated by mutual consent.

Tom spent the second half of last season on loan at the Club, making 22 appearances mostly in a left-wing-back role, scoring once and registering three assists.

He now returns for what is a fourth separate spell with the Club since first signing from Bolton Wanderers in 2017. The 25-year-old has had previous success of promotion from the National League, playing a key role in Salford City’s play-off victory in 2019.

He then came back to Edgeley Park in October 2019 on a three-month loan deal, making an instant impact as he scored and registered an assist on his debut in a 2-1 win against Hartlepool.

Over the course of his second spell at the Club, the Salford-born midfielder made 17 appearances, scoring six goals and helping the side move from 17th up to 5th in the National League table.

Following the end of his loan spell in January 2020, Tom signed permanently for struggling AFC Fylde where he impressed again, scoring four goals in just nine appearances for The Coasters, but he was unable to save the side from relegation to the National League North.

That summer saw League Two Harrogate trigger his release clause in his contract to sign him on a two-year-deal, making 12 appearances before joining County for a third time on loan last February, playing his part in the Club’s record breaking 18-game unbeaten run.

“You are always encouraged by players with a desire to play for your club; Tom made it clear this summer that he wanted to come back to Stockport County, and has done everything on his side to make that happen. He brings a continuity to our group, and will slot back in nicely.”

“I’m pleased that Tom has rejoined for the season ahead – last season he gave himself a platform to build on, and this represents an opportunity to take his performance up another level. He adapted in to a wing-back role last season, but he is familiar to operate as a more natural winger and his versatility gives us the ability to adapt between formations.”