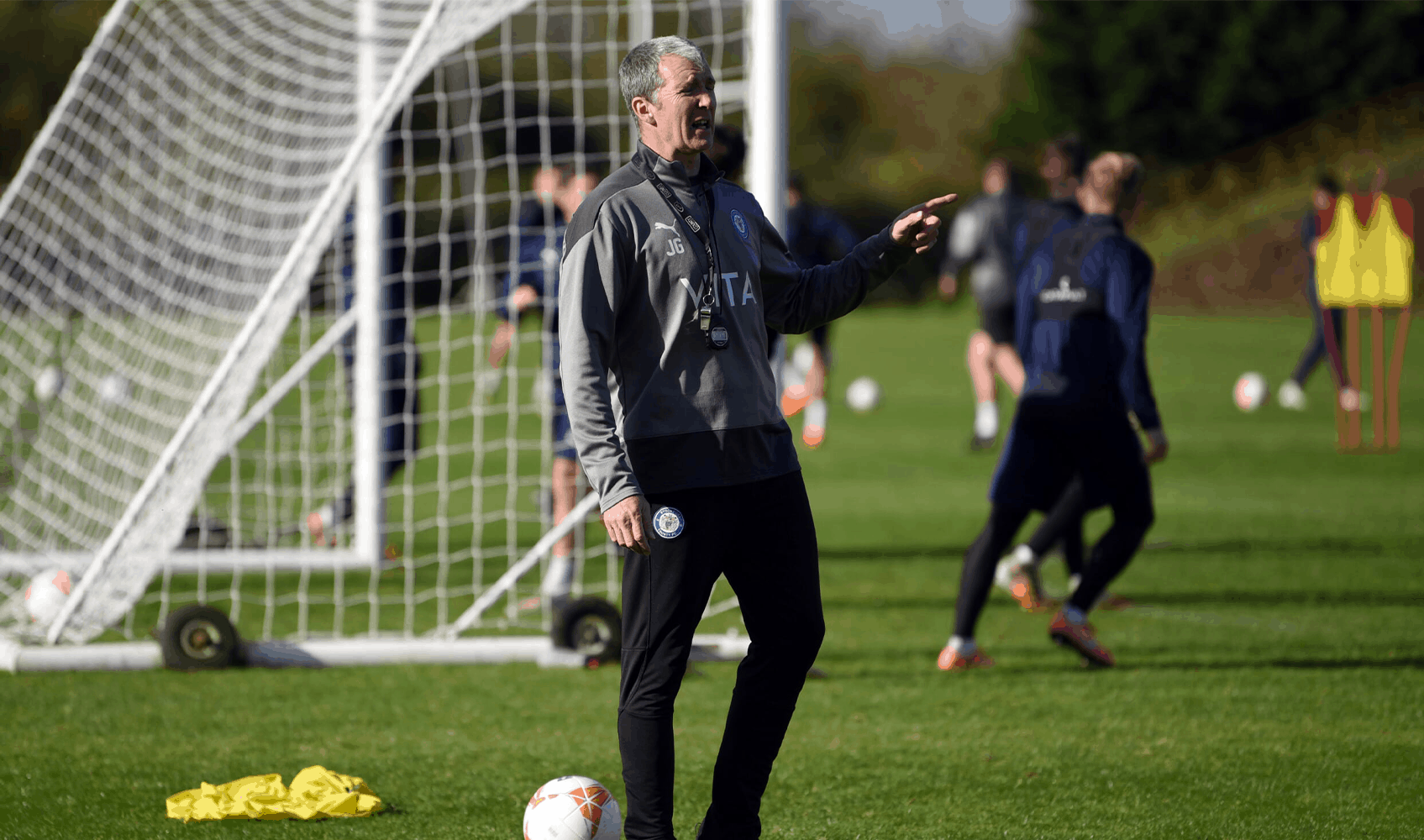 You can now hear the pre-match thoughts of County manager Jim Gannon, as we prepare to face Chesterfield in front of the BT Sport cameras.

Reflecting back on Tuesday’s win at Wealdstone, Jim talks about what impressed him the most over those 90 minutes, whilst also discussing the benefits of having the opportunity to have a ‘tactical team-talk’ an hour into the game.

The manager also again emphasised the importance of being dangerous from set-pieces, with two of County’s goals on Tuesday coming from well-worked deliveries, with Jim pleased to see such moves come off in-game.

After Ash Palmer’s nomination for North-West National League Player of the Year, Jim was delighted with the deserved recognition for both his centre-half and for the team, after all the hard work and professionalism put in to last season.

Looking ahead to this weekend’s game, he talked about the job that John Pemberton has done in his time as manager at Chesterfield, and the threat he expects them to pose during the game.

There was an update on team news going into the game, including whether Jordan Williams is ready to make his first appearance of the season after recovering from injury, with the team now close to a fully fit squad.

To hear all of that and more from the manager, including reaction to the FA Cup draw and playing in front of the BT Sport cameras, watch the video below.

Check our our match preview for today’s game by clicking here.